The simplicity of the 84-year-old industrialist travelling around without much fanfare won over the internet, who dubbed him a “legend”. 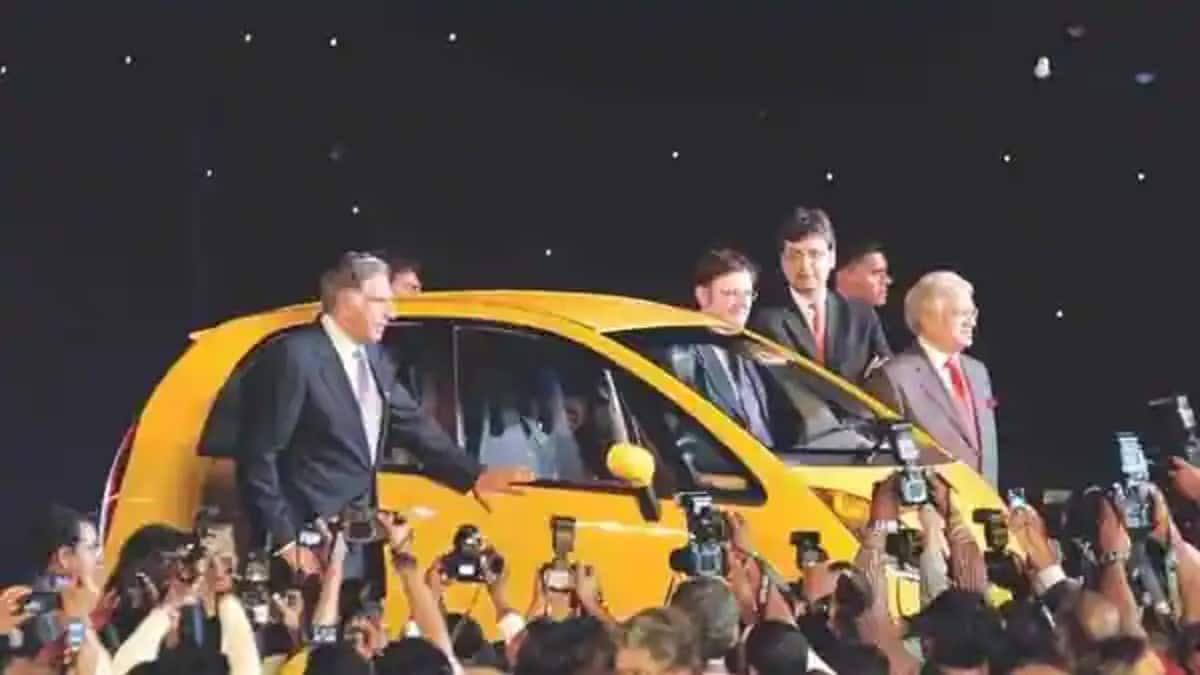 Indian industrialist, philanthropist, and a former chairman of Tata Sons, Ratan Tata was seen driving up to the Taj hotel in the quaint little Nano albeit any fancy cars and security. The Tata Nano, to this day, remains India’s most affordable and cheapest car. The 84-year-old Chairman Emeritus of Tata Sons was seen sitting in the front, driven to the hotel by his executive assistant Shantanu Naidu.

The simplicity of the 84-year-old industrialist travelling around without much fanfare won over the internet, who dubbed him a “legend”.

Unveiled in January 2008 at an auto fair, Nano was billed as India’s cheapest car made with a mission to fulfil the dream of many Indian families of owning a four-wheeler. It hit the market in 2009 with an initial price of close to Rs 1 lakh for the basic model, as Tata had promised, despite production costs soaring high.

Recently, the businessman penned about how he drew his inspiration to come up with the unique idea. “What really motivated me, and sparked a desire to produce such a vehicle, was constantly seeing Indian families on scooters, maybe the child sandwiched between the mother and father, riding to wherever they were going, often on slippery roads,” wrote Tata.

He admitted while the initial idea stemmed from making two-wheelers safer, as they began working on it, he decided to turn it into a car. “The Nano, was always meant for all our people,” he wrote.

Tata Motors stopped manufacturing the iconic car in 2018 as demand subsided. However, as Tata has been sharing his thoughts about Nano, many have been requesting to revive the car or introduce a new electrical model.

The car in which Tata was travelling is a custom-built 72V Nano EV. In February, Tata Group’s Team Electra EV gifted the car to the founder to get his feedback.