India, Israel and US cooperating on digital leadership and innovation

The branching out of this trilateral initiative in development and technological arena is a result of the people-to-people collaboration, in particular those by Indian diaspora in the US and Israel, that was initiated by Prime Minister Narendra Modi during his historic visit to Israel three years ago in July 2017, community leaders said. 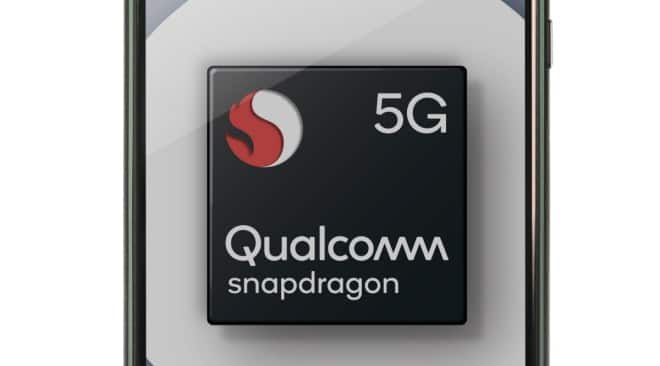 A collaboration in 5G is a just tip of the iceberg and a first step, according to US Agency for International Development (USAID) Deputy Administrator Bonnie Glick.

India, Israel and the US have earnestly begun trilateral cooperation on digital leadership and innovation, a top American official has said, asserting that it is right that the three countries play a key role in delivering the next generation 5G technology in a way that is “open, interoperable, reliable and secure.” The 5G collaboration is the first step and just the tip of the iceberg, the United States Agency for International Development (USAID) Deputy Administrator, Bonnie Glick, told PTI after the US-India-Israel forum on strategic, tech and development/water cooperation discussion last week.

We’ll collaborate in science, research and development in coming up with the next generations of technologies. But by partnering by officially, affirming the importance of this relationship, we’ll advance it, she said. The US enjoys a strong relationship with both the countries, based on shared democratic and free-market principles, the official said.
“We are thrilled to work with these partners to solve the world’s development challenges,” Glick said in her keynote address to the virtual US-India-Israel summit focused on trilateral partnerships in the strategic, technology and development arenas.

Organised by the Asia-Pacific Institute of the American Jewish Committee in partnership with Indiaspora, the Sunday Guardian Foundation and the Global Indian-Jewish Relations Institute, the summit among others was addressed by Israel’s Ambassador to India Dr Ron Malka and India’s Ambassador to Israel Sanjeev Singla. Glick said: One area we’ve been cooperating on is digital leadership and innovation, particularly in the next generation 5G technology. In July, I chaired a roundtable discussion with several like-minded donors on 5G and digital development. To me, it was extremely important that India and Israel be part of that conversation. And the discussion was richer because of their contributions.

Also Read
How to send WhatsApp messages from website without saving a number
WhatsApp Web: How to use multiple accounts and sessions in browser
10 hidden Google tricks we bet you didn’t know!
WhatsApp feature trick: How to hide your view on your friend’s WhatsApp Status

Silicon Valley, Bangalore and Tel Aviv have all earned reputations as leading, innovative technology hubs, she said. So, it’s only right that our three nations play a key role in delivering the promise of 5G in a way that is open, interoperable, reliable and secure. “We cannot allow any nation to dominate this technology or use it to dominate other nations,” the USAID Deputy Administrator said, apparently referring to Chinese telecom giants like Huawei and ZTE. In July this year, the US Federal Communications Commission designated Chinese firms Huawei and ZTE as national security threats, saying the major step was aimed at protecting American communications networks from security risks.

It said that Huawei and ZTE have substantial ties to the Chinese government, Chinese law requiring them to assist in espionage activities. Following a trade war, the US and China signed the first phase of a trade deal under which Beijing agreed to buy at least USD 200 billion more in US products and services in 2020-2021, the two-year period than it did in 2017. Commenting on the collaboration, Glick said when Israel, the US and India collaborate in defence, much of that collaboration and discussion is done in closed rooms, because the topics are highly sensitive.

When we’re talking about development cooperation, we’re talking about transparent and open activities that can make all three countries extremely proud about the way that they impact the lives of people all over the world, Glick said. Javier Piedra, Deputy Assistant Administrator of the Bureau for Asia at USAID said India and Israel have a peer-to-peer relationship, always looking to see how they might advance their respective activities cooperatively so that they may leverage common goals, resources and comparative advantages in pursuit of self-reliance globally.

Moreover, we continue to set the stage to further international development trilaterally (between the US, India and Israel), wherever possible. “Our partnerships with Israel and India, given our peer-to-peer relationship, exemplifies the importance of working together on issues related to water management and security,” Piedra said. M R Rangaswami from Indiaspora, who presented the tech-triangle (Silicon Valley-Tel Aviv and Bangalore) concept to Prime Minister Narendra Modi in Israel in 2017, said that the beauty of this model is because technology is a commonality in the three things all kinds of incredible things have come out of it. It is interesting that Indian-Americans are one per cent of the US population, so is the Indian-Israelis population in Israel.

Eminent Indian-American from Chicago Dr Bharat Barai said that people-to-people relationship, business, science and technology among the three countries would not only strengthen their ties but also help in developmental activities in the third world countries. Nissim Reuben, Assistant Director, Asia Pacific Institute (API) at the American Jewish Committee (AJC) said that a strong, prosperous, vibrant and resilient Indian economy is a top priority for many countries, especially the US and Israel.

To achieve that goal, India, a water stressed country, needs to continuously update its agro, water and wastewater management techniques, an area where Mashav Development Agency of Israel, a country that is even more water stressed, can play a key role with the support of USAID, Reuben said.