West Bengal Chief Minister Mamata Banerjee, who is in Delhi on a visit, is leaving no stone unturned to reach out to opposition leaders. 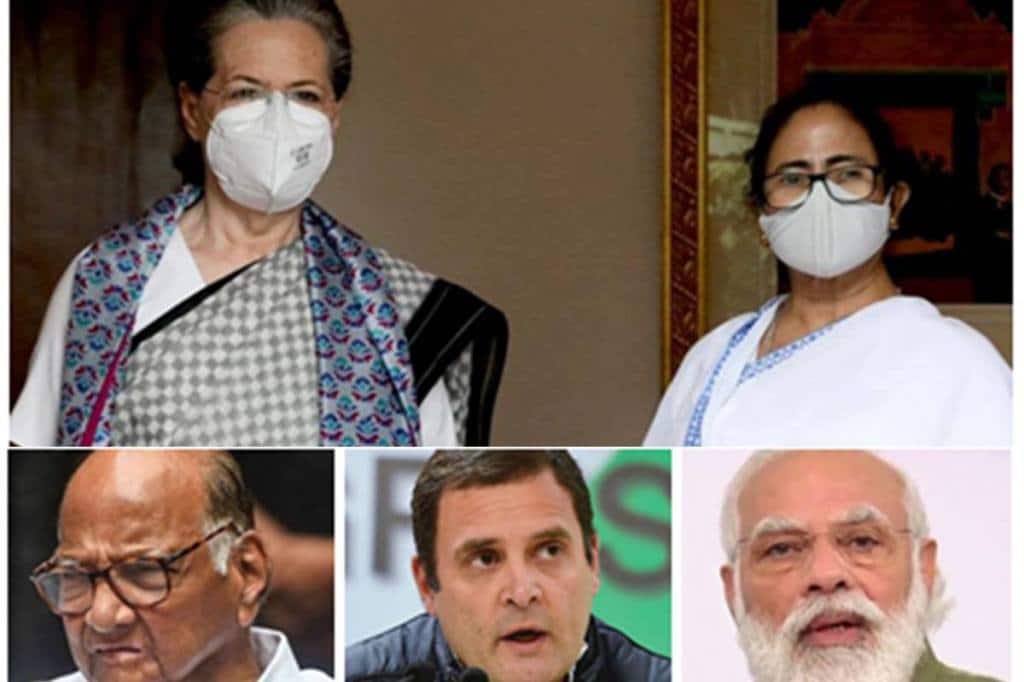 The timing of Mamata making her intent clear was pitch perfect.

It’s 2021 but the Trinamool Congress has already sounded the poll bugle for the 2024 Lok Sabha elections, much before the BJP. West Bengal Chief Minister Mamata Banerjee, who is in Delhi on a visit, is leaving no stone unturned to reach out to opposition leaders. While she already met various leaders including Delhi CM Arvind Kejriwal and senior Congress leaders including Sonia Gandhi and Rahul Gandhi in the past few days, she will be meeting DMK MP Kanimozhi and political activist Javed Akhtar and Shabana Azmi today. She is also expected to meet NCP chief Sharad Pawar. Soon after her meeting with Prime Minister Narendra Modi on July 27, she threw a challenge to Modi and declared that there will be ‘Khela’ across the country.

The timing of Mamata making her intent clear was pitch perfect. One, she chose a day the TMC marks every year as Martyr’s Day. Second, Mamata knows that despite all its public assertions, BJP knows deep down that the second Covid wave has dealt a body blow to the party. Yet, the path ahead is more turbulent than what may appear. Here are five big roadblocks as Mamata Banerjee stakes claim to power in the 2024 elections:

Who will be the face for Prime Minister?

Given the Opposition fights the 2024 Lok Sabha polls under a single banner, who will be the prime ministerial candidate? While Mamata Banerjee has left the question for time to decide, her elevation as TMC’s parliamentary party leader has made it clear that she is gearing up to lead the opposition. But will others agree to this? To one PM post, there are several aspirants and prominent among them are Rahul Gandhi, Sharad Pawar and Mamata Banerjee while Shiv Sena chief Uddhav Thackeray, SP chief Akhilesh Yadav, CPIM General Secretary Sitaram Yechury and DMK chief MK Stalin also find a mention. Even if we consider that other regional leaders might take a backseat, the Congress may not agree to take second fiddle and might insist on Rahul Gandhi being the PM candidate. Notably, a report citing Prashnam survey last month said that Modi is still a popular PM choice with 32.8 per cent approval while Rahul Gandhi has just 17.2 per cent approval. Mamata Banerjee was at the third spot with 7 per cent approval.

At present, there are 543 Lok Sabha seats spread across all states and union territories. The political parties have been contesting these seats either independently or in alliance with other parties. If we take an example from Mamata Banerjee’s Bengal, there are 42 Lok Sabha seats. During the 2016 Lok Sabha polls, while the BJP and TMC contested all 42 seats individually, the Congress had allied with the CPM while all parties contested on their own in 2019. Now the biggest headache for an anti-BJP alliance will be sharing of the seats. Every regional party and the Congress will look to have more seats in their kitty so that in case of a victory, that will help them push for the PM seat. Moreover, as claimed by some opposition leaders, the Modi government is planning to increase the Lok Sabha seats to 1000. In both cases, there may be a bitter war over seat-sharing and the alliance may not take place at all.

BJP is often called an ‘Election Machine’ and rightly so. With the party claiming to have over 18 crore members and a strong presence across the northern and north-eastern belt, the opposition challenge might not fructify, despite a palpable disenchantment among even the BJP’s most loyal voters due to the Covid mishandling. The BJP has a very strong booth level presence and a strong backing from the Rashtriya Swayamsevak Sangh (RSS). This support is further consolidated by the face appeal of Narendra Modi. With Modi having a strong approval rating as a PM, the Opposition may find it hard to project a face with pan-India appeal and approval more than Modi.

Whatever the claims made by Mamata Banerjee with respect to the post-poll violence in West Bengal which has continued unabated, the issue has left a bad impression about the TMC outside Bengal. The BJP, up to a large extent, has succeeded in linking TMC’s popular ‘Khela Hobe’ poll slogan with blood-soaked violence. The BJP’s claim has found validation among the voters of northern states where the saffron party is much stronger than the TMC and the Congress. If the BJP manages to make it a poll plank against the TMC during the general election, the issue might hurt the proposed alliance. Also, the constant denial by Mamata Banerjee and her silent approval to let the violence go unchecked may not go in favour of the TMC nationally.

Buoyed by its success in the West Bengal elections where it surmounted an unprecedented challenge from the BJP and Modi, the TMC wasted no time in announcing a national challenge to the BJP. However, Mamata would know well that merely an announcement of arrival on the national stage is not going to cater to her own political ambitions. If the TMC plans to take on the BJP, it will have to undertake a massive cadre-building exercise across the country especially in the states where electors do not understand Mamata’s brand of politics, her history of standing up to the mighty Left, and her acceptability as an alternative to Modi. Besides the mammoth task of an organisational build-up that can challenge a well-established RSS machinery, Mamata needs to build a new image, and a new narrative if she really wants to make a mark. The BJP has so far successfully managed to brand Mamata as a leader who has stayed to power on account of “minority appeasement” and an “anti-Hindu” bias. Remember the clips of Mamata’s angry outbursts against people raising slogans of ‘Jai Shri Ram’? Well, it may not have derived the ideal outcome that the BJP would have liked, but it did help it build a narrative around Mamata and her alleged ‘Hindu-phobia’. To counter these — and more such — narratives that the BJP may build if she becomes the face against Modi, Mamata will need a new narrative of her own that goes beyond the usual tried and failed tropes of Rafale, unemployment and ‘Chowkidar Chor Hai’.