Ather 450X Electric Scooter Review: Ather 450 found quite a lot of popularity in two major Indian cities, and now there is an ‘X’ in its name and personality. The changes are immense in how quickly it moves to how the rider interacts with it. 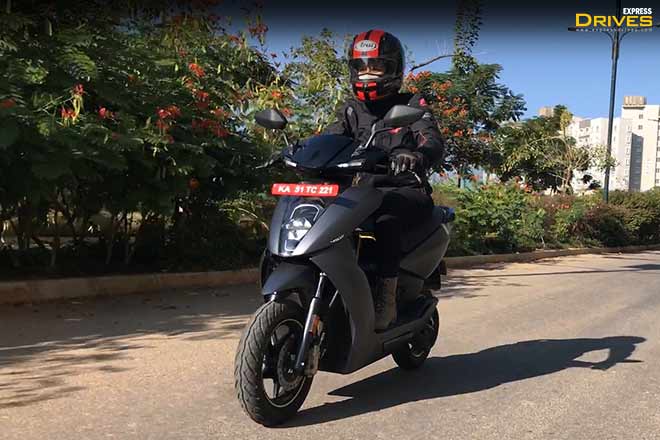 It is nice for a change not to be battering on about BS-VI transition or emissions of any kind at all actually. I’m keeping count and this is the third all-electric vehicle I’ve test ridden in a short span which tells me electrics are gaining, whether you like it or not. But are they worth depending on yet considering that India currently does not have a very robust charging infrastructure? You must ask yourself questions like how much do you ride in a day and are looking for something to do long distances on. And if the answer is 25-30 km a day, an electric scooter could make good sense for you regardless of whether you have charging stations in your area. What are your options? I hear Ather Energy has launched its new 450X today. Ather 450 electric scooter gathered a lot of positive response and the now ‘X’ is meant to be a step ahead.

Ather 450X looks largely the same as the 450 and that is a good thing. They haven’t bothered with forcing ‘distinguishing’ design features onto it and thankfully it continues to be chrome free. It does two new colour options though – green and grey with a hint of bright paint on the exposed frame and the shroud on its forehead has been blackened. The highlight of Ather 450 series design is, of course, how sleek and sporty it looks but the pillion footrest and how seamlessly the side stand merges in the body is definitely worth a mention. 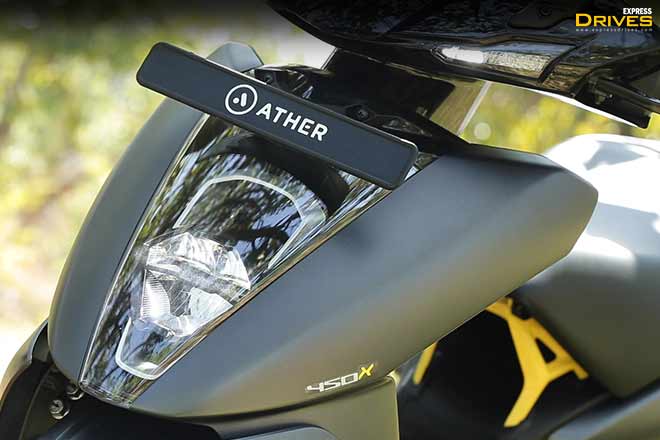 The 450X has friendly dimensions with a seat height of 780mm and the cast aluminium frame makes sure that the scooter can be lightweight and the design compact. Pulling it out of parking somehow felt heavier than a conventional scooter but then it is equipped with a reverse mode – which can be engaged through the touchscreen infotainment or the toggle on the handlebar. It is, no doubt, convenient.

Take a seat on the 450X and it feels squishy on the suspension but more than that, the seat foam is super soft. If you’ve read about or have owned an Ather 450, you know the three ride modes its has – Eco, Ride, and Sport. The 450 has itself been the quickest scooter in the country with a 0-40 km/h time of 3.9 seconds but now, the 450X does it in 3.3 seconds. This change comes from the increase in torque from 20.5 Nm to 26 Nm and a decrease in weight. The new scooter has a new ride mode called Warp which delivers all of the 26 Nm instantly to your right hand and quite frankly, the difference in acceleration is easy to notice and a very welcome upgrade. 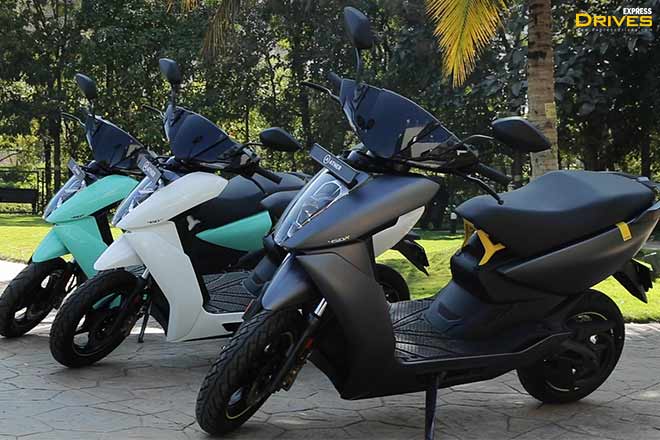 The top speed in the Warp Mode remains the same at 80 km/h. While I first wondered why would they make it quicker and not faster, later it got me thinking that bigger top speed isn’t really required for a scooter in this segment as it also wouldn’t need an ABS either if the speeds are sane. Because for now, it features a Combined Braking System which works rather well on this scooter. I could feel both the brakes being applied even when I just pulled the rear brake lever

Besides the increase in torque, the battery pack has been improved as well. The 450X’s 2.9 kWh motor draws power from a 21,700-cell lithium-ion battery. The tweaks made to the battery pack have allowed a greater range in the Eco mode. This was 75 km on the 450, it is now 85 km on the 450X. We must note here though, that customers have reported a range of 120 km on the 450 so the number may be better for the X. We’ll know in due course. 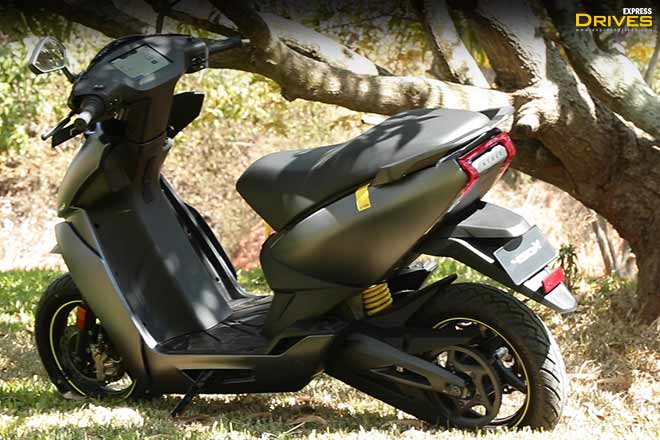 After having ridden Ather 450 and 450X back to back, it was clear that there are substantial changes to the way throttle response and handling. The 450X also has its battery under the floorboard which means there can be more stable weight distribution and a lower centre of gravity. I am convinced that the 450X is one of the best handling scooters on sale in India. I used the word squishy earlier in this text but that’s largely for the seat, the suspension setup is rather firm and allows leaning into corners and quick changes in direction.

And now, about the seven-inch TFT colour instrument cluster which now has a dark mode and operates on Android instead of Linux. It is like owning two smartphones – one’s in your pocket, the other on the scooter. It has been said before that the scooter is feature-rich but the ease of access comes from this screen. It is a responsive capacitive touch through which the rider can access battery status & health, and other details about the scooter. 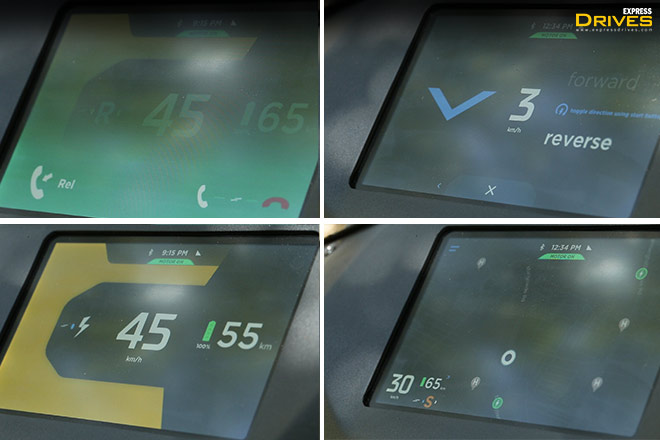 The 450X comes with an in-built e-SIM which means it doesn’t need to connect to a smartphone to provide navigation. The 450 also features in-built navigation but the 450X also has Bluetooth connectivity that allows access to phone calls, music, etc. Ather may soon also launch a Bluetooth-enabled helmet with an in-built speaker.

Ather 450X has a firm suspension setup and a very soft seat which could create upsetting conditions if you’re going fast on a road with considerable undulations. But then, no one’s asked you to be a yob on bad roads. The switchgear quality has scope for improvement and the scooter might have concerns with squeaky noises emerging over a short period of time. But if I may be honest for a bit, throwing open the throttle in Warp Mode in incredible fun and makes me want to forget what’s been written above.

Some have called Ather Energy the Tesla of scooters and I didn’t quite get what that was all about. But after having experienced Ather’s previous and current flagship scooters, I might see it a bit. A manufacturer that came into being with no previous experience in building two-wheelers has rolled out scooters that have excellent handling, are incredibly quick, and offer a tonne of features which are real and not just been provided for the sake of elongating the list as its USP. Sure, these scooters currently carry a large price tag compared to their ICE compatriots but if we’re going to electrify our vehicles, we must do it right.

Ather Energy used to retail the 340 but it was forced out of production since the 450 grew more popular despite a larger price tag. So, there are takers of better quality & performance for bigger price tags in Bengaluru and Chennai. But Ather is expanding to a total of 10 cities this time – Bengaluru, Chennai, Delhi, Mumbai, Hyderabad, Ahmadabad, and four others. Time will tell if the 450X will have a similar story.