It was a rather notable race for Lewis Hamilton as he marked his 300th Grand Prix start at the French Grand Prix, becoming the sixth driver in the history of the sport to achieve this impressive milestone. 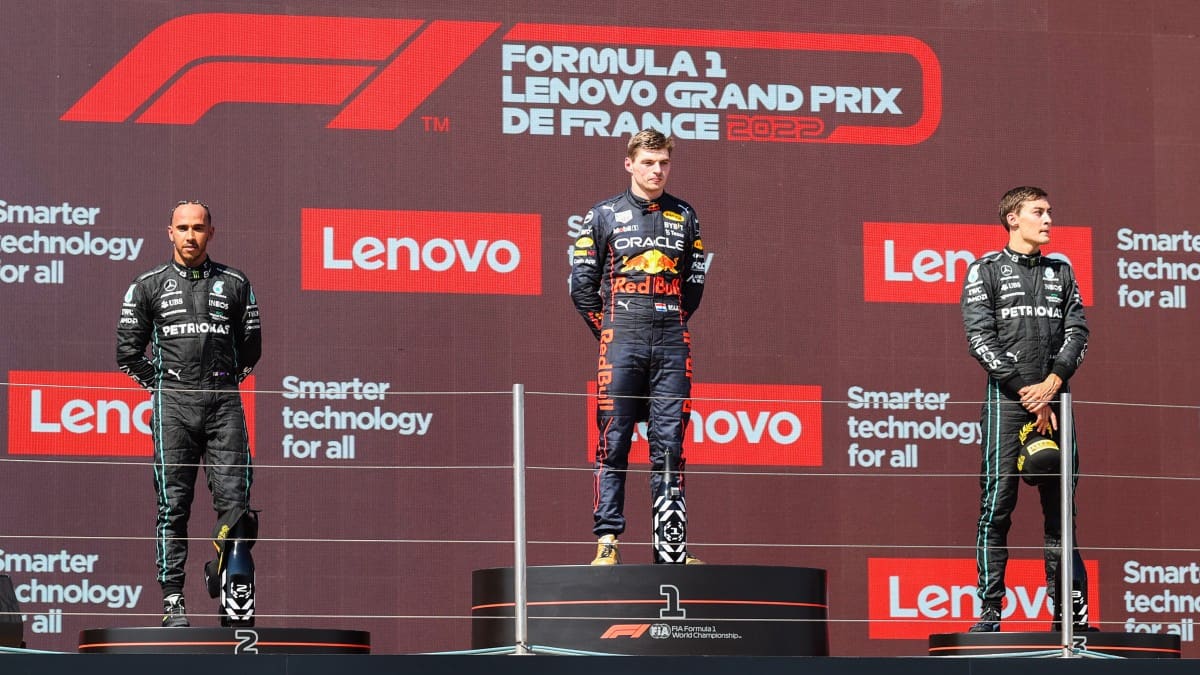 Max Verstappen bagged his seventh victory of the season and his second consecutive victory at the Paul Ricard circuit at the French Grand Prix after his current title-rival Charles Leclerc crashed out from the lead due to what seems like a driver’s error.

Verstappen began the race at the second position and seemed quite unable to move past Leclerc right until the Ferrari driver slammed into the barrier on Lap 17. As a result, Verstappen took the lead and sealed his 27th career victory in France.

Mercedes seemed to be the comeback team for this race as they secured their first double podium of the season with Lewis Hamilton and George Russell taking the second and the third podium position respectively. Max Verstappen’s teammate Sergio Perez took the fourth position while Carlos Sainz clawed back from the back of the grid to grab the fifth position on the podium.

Also Read
2022 MotoGP mid-season report card: Which constructor has had the most success?
F1 mid-season report: Where do your favourite teams and drivers rank?
Halo the real hero: What saved Zhou Guanyu’s life at Silverstone?
India’s Jehan Daruvala completes successful Formula One test with McLaren

For their home race, Alpine racers Fernando Alonso and Esteban Ocon finished at the 6th and 8th positions respectively. McLaren’s Lando Norris and Daniel Ricciardo finished in seventh and ninth, while Lance Stroll fended off the late challenge from his teammate Sebastian Vettel to finish 10th. Along with Leclerc, the other drivers to fail to finish the race were Yuki Tsunoda, Kevin Magnussen, Nicholas Latifi and Zhou Guanyu.

It was a rather notable race for Lewis Hamilton as he marked his 300th Grand Prix start at the French Grand Prix, becoming the sixth driver in the history of the sport to achieve this impressive milestone – joining Kimi Raikkonen, Fernando Alonso, Rubens Barichello, Michael Schumacher and Jenson Button on this prestigious list.

Also, Lewis Hamilton‘s drinks bottle system failed during the French Grand Prix which was among one of the hottest races of the season. “It was a tough race because my drinks bottle didn’t work,” Hamilton explained. “What a great result, considering we’ve been so far off these guys all weekend,” he said.