Two new e-cycles under the Being Human Foundation moniker, the BH27 and BH12 have been introduced at a starting price of Rs 39,990 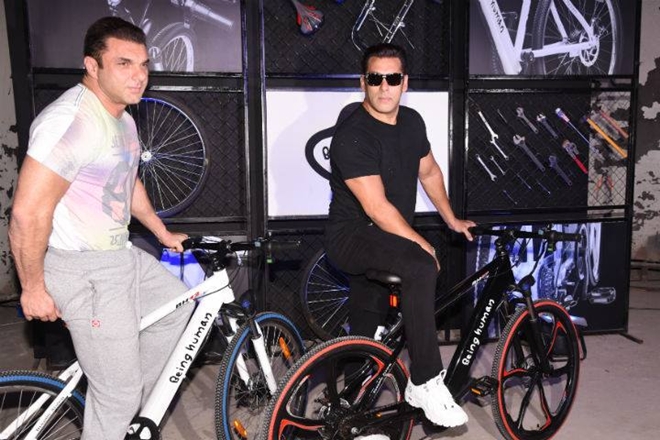 On this year’s World Environment Day, a number of companies introduced new initiatives to reduce consumption of natural resources. Unlike a number of celebrities though, Salman Khan introduced two new electric bicycles under the Being Human Foundation. The e-cycles, BH12 and BH27 are priced at Rs 39,990 and Rs 57,190. will be offered in four colour options, red, white, yellow as well as black. The bicycles have a top speed of 25 kmph and have been certified by ARAI exempting it from registration or having the need to possess a driver’s licence.

At the launch of the new bicycles, Salman Khan said, “I have always enjoyed cycling. It’s fantastic for leisure and sport. But people often drop the idea of using cycles when they have to travel long distances because of the effort involved. With the pedal assist and rechargeable motor support, Being Human E-Cycles make it easy and practical to cycle across both urban and not-so-urban areas. Being Human was created with core values like ‘Love, Care and Share’ in mind. It supports education and healthcare. Buying the Being Human E-Cycles will help you get where you want with ease and do some good as well.” According to Being Human, more than 50 percent of the population reside in cities where air pollution, congestion and water shortage are high. The introduction of these cycles would not only prove beneficial for its users by improving their health, it would also reduce the high level of pollution in cities.

The Being Human e-cycles are available through all Being Human outlets in Mumbai for now and will be offered across the country in the coming months. New variants of the e-cycles along with added colour options would also be eventually introduced. Such initiatives, especially, taken up by celebrities have an encouraging impact on the society as they account for a considerable fan following. Initiatives such as this not only encourage the fans to take up methods to travel without wasting precious resources as movie actors and cricketers are the most popular faces in the country.