From Meta (Facebook) to metaverse: Real world problems solved by the virtual

The metaverse has diverse use cases, far beyond gaming and entertainment alone. Even the healthcare and education spheres have benefits aplenty. 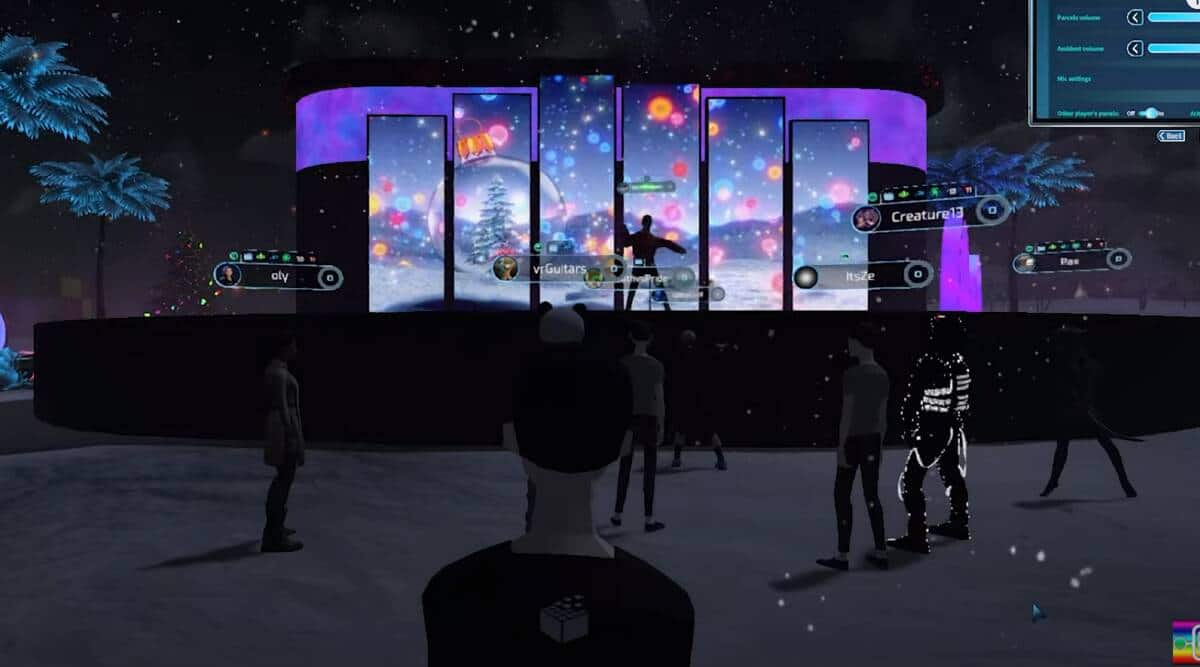 A key device to becoming a metaverse participant are VR glasses. (IE Image)

The origins of the term metaverse can be traced to Neal Stephenson’s 1992 novel called Snow Crash. In the book, the writer describes a 3D virtual world where real people interact in the metaverse by using avatars; these are their virtual personalities.

Facebook’s recent decision to rename its holding company as Meta has put spotlight on the term metaverse. In simple terms, the metaverse is the virtual equivalent of the physical world. It combines facets such as social media, gaming, augmented reality, virtual reality (VR), and blockchain based crypto assets to give users a simulated experience of being in a parallel world.

“In the metaverse,” Facebook founder Mark Zuckerberg said, “you’ll be able to do almost anything you can imagine — get together with friends and family, work, learn, play, shop, create — as well as completely new experiences that don’t really fit how we think about computers or phones today.”

A key device to becoming a metaverse participant are VR glasses. The most popular kinds currently are made by Oculus – a meta subsidiary and HTC. While mention of the metaverse will perhaps first bring gaming or films to mind, it finds use cases across diverse fields, including healthcare and education.

The metaverse can augment telehealth

The pandemic’s onset saw a prompt shift to remote health consultations or telehealth. But even in the years prior to 2020, there were major strides being made in remote patient monitoring, especially in cases with patients in long-term care or those who lived in rural areas with poor medical access.

However, a major shortcoming in telehealth is the lack of a healthcare professional’s physical presence. This is where the metaverse offers a more efficient alternative. It can help mimic physical presence while providing virtual care.

But what is more interesting is the spawning of an entire new healthcare sphere termed “digital medicine”. The US Food and Drug Administration or USFDA has permitted its use in the treatment of attention-deficit / hyperactivity disorder (ADHD) in minors. The treatment is administered through an immersive VR video game. A video game, you ask? Are video games not associated with less attention and mindlessness?

The results are on the contrary; children aged 8-12 who have received this “digital treatment” have shown a marked improvement in attention function. Its parent organisation, called Akili, says, “We’re bringing together world-class neuroscience with the latest technology and video game entertainment to challenge the status quo of medicine. Our digital medicine is not delivered through a pill or syringe, but rather through a proprietary and captivating video game experience.”

Even common chronic disorders such as back pain can be alleviated using digital solutions and VR. There are a fair number of healthcare startups specialising in this sphere. There are studies that have shown that VR can effectively treat opioid-sparing pain management. Come to think of it, this is ‘immersive medicine’; the polar opposite to ‘digital detox’.

The metaverse’s application in education

Distance learning was a commonly used enabler for higher education. But after COVID-19, online learning became the ‘new normal’. From students in elementary school to undergraduates in colleges and universities, online learning was abruptly the norm. Platforms such as Zoom and Google Meet became a part of common lingo.

In this context too, the metaverse holds promise. In fact, there is a very real possibility that brick-and-mortar centres of higher education may become a thing of the past. Where a professor earlier delivered a lecture to only a limited number of students, now has the possibility to reach thousands of students. And learners, meanwhile, needn’t be bound by geographical or financial limitations. Using digital currency and the metaverse, they could well attend specific lectures in select global colleges or universities.

Besides, learning would become so much more engaging, with gamified course content and professors in virtual avatars. Recorded lectures could become the intellectual property of universities, where these will be delivered in the metaverse using artificial intelligence.

With only 1 percent of the world’s vehicles, India accounts for 11 percent of the global death in road accidents–the world’s highest–according to a report by the World Bank. Accident related deaths in India, in 2019, numbered 1,51,113 according to the Ministry of Road Transport and Highways. The absence of formal driver training schools in the country has been a major impediment. Securing a licence entails a basic assessment that does not evaluate a new driver’s ability to use a public road.

Most developed economies, meanwhile, view driving as a privilege and not a right. Getting a full licence involves a theory test, an intermediate driving test and only then is a full licence awarded. Insurance premiums, meanwhile, are tied to one’s driving record. More importantly, driving under the influence of substances is treated as a criminal offence.

Toyota, for example, has developed a virtual reality driving simulator known as the
TeenDrive365. This stimulator helps users to experience the fun of driving in VR before they begin driving on actual roads. The entire programme is a culmination of 3D

From an Indian standpoint, a VR based driver instruction programme will also cost less, and allow trainee drivers to spend more time in understanding India’s myriad driving challenges. Once they have displayed a predetermined sense of proficiency, they can then be introduced to an actual automobile. Amid a scenario where traffic fatalities are alarmingly high, VR driving programmes hold potential to drastically lower this statistic.

The possibilities are not finite

The metaverse will find applications across diverse industries. Following Facebook’s announcement, this term is being used with increasing frequency. In the recent past, there are other seemingly outlandish developments taking place in the metaverse

Earlier in November 2021, a Bitcoin magazine report highlighted the increasing interest in virtual land or real estate in the metaverse. The first such transaction took place in February 2021, where a plot of virtual land exchanged ownership for a staggering US$1.5 million.

In fact, the anonymous buyer reportedly suggested the possibility of virtual countries in future. If this sounds like a distant possibility, it must be cited that the island nation of Barbados is on track to opening the first diplomatic embassy in the metaverse. The stuff of ‘science fiction’–that Neal Stephenson had written about–is now real. And it is unfolding at a frenzied pace.

(The author is CEO, OLX Autos India. Views are personal and not necessarily that of FinancialExpress.com.)