TVS Victor long-term review: Reincarnated, but does it still have the ‘Victor’ charm?

Having covered 1,060 kms on the odometer, the TVS Victor is turning out to be an impressive commuter but has its own shortcomings. Here is our report based on more than a month’s riding 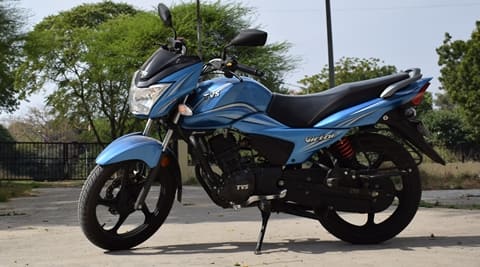 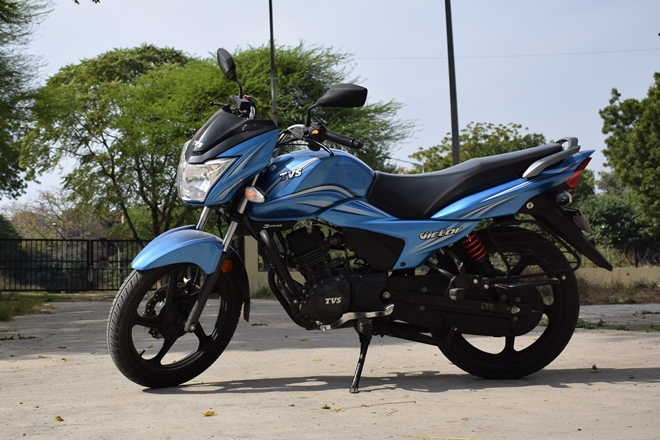 When TVS introduced the Victor in 2001, a number of commuter motorcycle buyers were impressed as the motorcycle did not follow a mundane design language, an inherent problem with the segment at that time. The bikini fairing made it stand out with its edgy design. In addition, the soft suspension setup which favoured comfort made it a hit in Tier II cities due to lack of good roads. However, with the evolution of the executive commuter segment where the Victor was one of the first motorcycles to be launched, the company discontinued it in 2007. Now, in its second generation, the Chennai-based two-wheeler maker has re-introduced the Victor moniker in a completely new design language along with some unique features that are not seen in any of its rivals. What are the hits and misses? Time to find out! 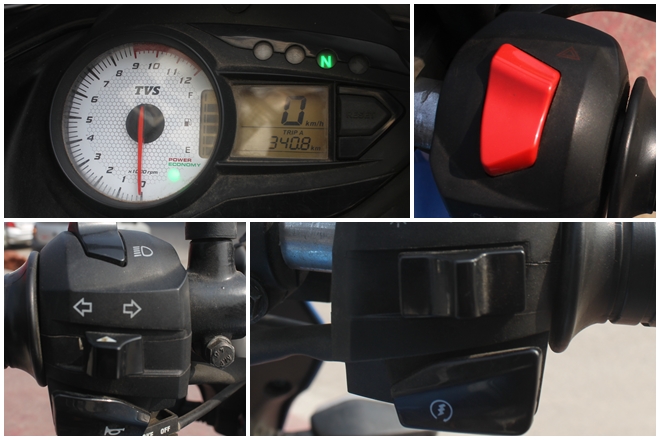 Unlike most motorcycles sold in the 110 cc segment, the TVS Victor’s first standout feature is the blackened out colour theme for the engine and exhaust, which is usually seen in silver on most motorcycles. This adds a premium touch to an everyday vehicle and grabs attention instantly. Other attributes in the design language are the sculpted fuel tank, large trapezoidal headlamp with pilot lamps, a clear lens tail lamp all of which add to the premium feel of the motorcycle. The instrument cluster which has an analogue tachometer with a white background is the only thing on the Victor which has a retro feel to it. The rest of the information is displayed on an LCD screen next to the tachometer. Switchgear is well-built and has a good tactile feel to it minus any flimsy bits. Another offbeat feature is the hazard warning indicator switch which is placed instead of the engine kill switch.

In order to increase the appeal of a commuter motorcycle, the company has also offered the Victor with black alloy wheels as a standard fitment matches the overall lower body theme of the commuter. The tubeless Remora tyres bear a skinny look, which is a bit of a letdown as slightly wider rubber would’ve helped exude a more premium look from the rear angle. The glaring red coloured springs of the rear shockers did not blend in well enough with the ‘Blissful Blue’ exterior colour option our test vehicle is in. The silver accents on the grab rails and the body graphics though, do nullify the glaring red colour of the springs. Overall, the design does look a segment above despite these minute niggles. 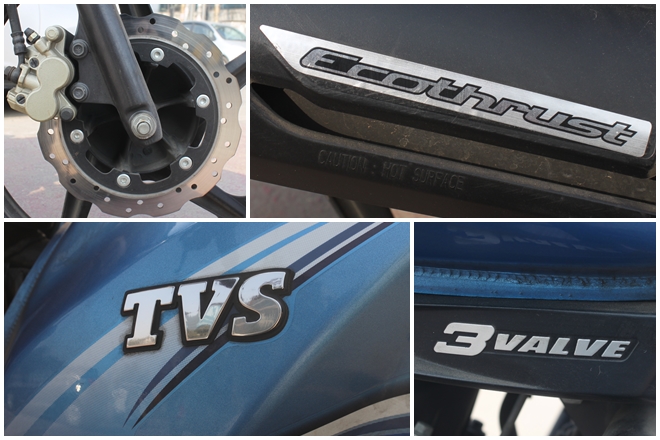 Start the TVS Victor and there is an instant feeling of the lower vibrations from the 110 cc motor that settles a little over the 1,000 rpm mark. The Single Overhead Cam petrol engine generates 9.5 hp of power at 7,500 rpm along with 9.5 Nm of torque at 6,000 rpm and is paired to a 4-speed gearbox. The EcoThrust exhaust has a slight bass to it, however, comparing the exhaust note to a motorcycle from the 150 cc range would not be justified. For its segment though, the Victor has a heavy note unlike most of its rivals.

However, vibrations are pronounced in the foot pegs and the under seat once the motorcycle starts to cross 6,000 rpm. Pushing the motorcycle over 7,500 rpm is pointless as it runs out of steam. Another scope of improvement is the presence of a fifth cog. The engine still has a considerable grunt but the extra gear would have given it better cruising speed, especially on expressways. The company may have gone in for a 4-speed transmission in the interest of keeping the price competitive.

Moving over to the fuel efficiency bit, the Victor has a claimed mileage of 71 kmpl and in our regular commute between Gurgaon and Noida, the full tank of eight litres, which may seem less, delivered an impressive 68 kmpl covering approximately 546 km. So, overall, minus the absence of a fifth gear, the powertrain is hassle-free and easy on the pocket.

The one department that the earlier TVS Victor was known for was its supple ride quality. In a segment where sharp or precise handling is not as important as the ride quality, the Victor aced its competitors. The second generation is no different. The front telescopic forks with the ‘glaring red coloured’ rear springs offer impressive comfort over long rides as well. The seat is also well-cushioned, providing good insulation against road undulations. Riding posture is also impressive as the motorcycle offers a straight seating position. However, for a tall rider who intends to ride the Victor for a long haul, it may take a toll on his/her back due to the slightly lower set handlebars.
When it comes to handling, the Victor is similar to its competitors in its segment and handles fairly well. Manuvering it through traffic is also easy as the Victor is light on its feet with a 113 kg kerb weight for the disc brake variant we have with us.Braking is courtesy two options, a front disc, rear drum brake variant and a dual drum brake version. We got the former and the feedback is impressive. There is ample bite from the front as well as at the rear, however, under repeated hard braking the rear drum setup starts to fade a bit. Apart from that, the braking has a good feedback and there is little pressure on the palm or right foot. The Remora tyres with 2.75 section up front and 3.00 section at the rear, both on 17-inch wheels are grippy for its segment. 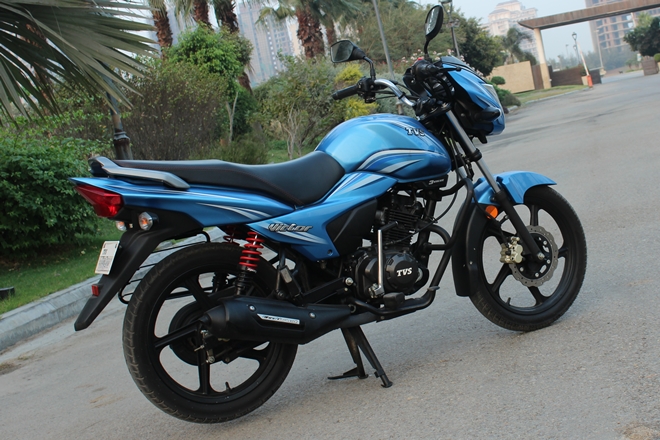 The TVS Victor is priced at Rs 51,715 for the drum brake version and Rs 53,715 for the disc brake variant. Despite its price tag which may not be as reasonable as its competitors, the commuter motorcycle offers a good amount of features with some segment-first equipment like the hazard warning switch. Overall, the TVS Victor comes across as a reasonable value-for-money package which has reasonable performance figures and a good feature list.