The giant-looking 1950 Dodge Power wagon replica is 64 times larger than its original counterpart. Here are some interesting facts about this mega truck that is owned by the Rainbow Sheikh! 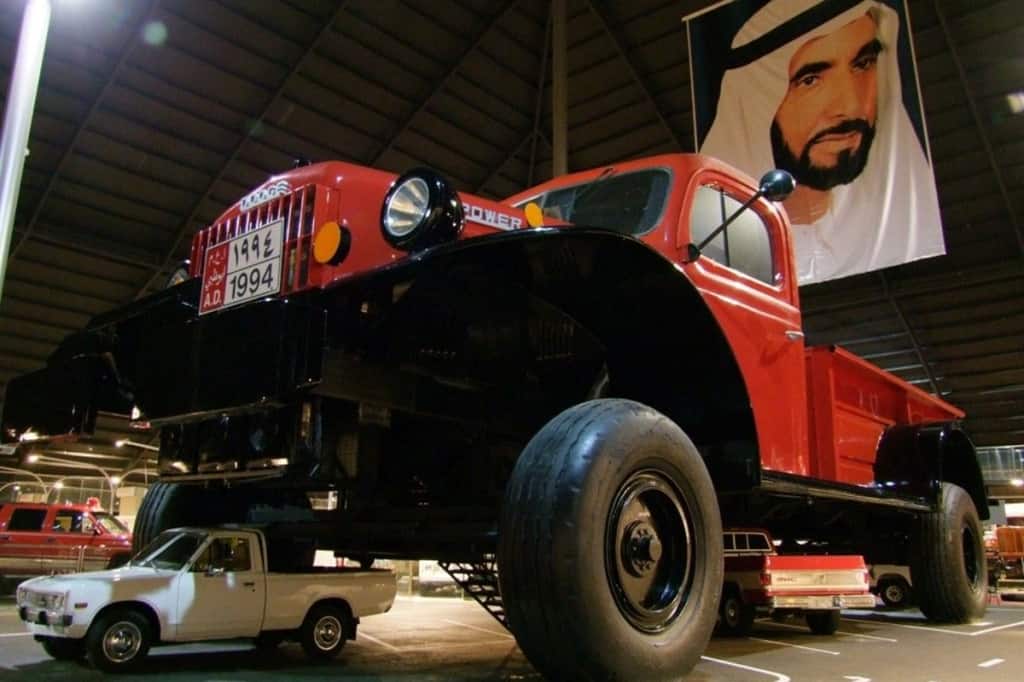 The Sheikhs of Abu Dhabi are famous all across the globe for their lavish lifestyle which also includes the collection of highly luxurious cars that can put almost anyone into envy! In this story, we will be talking specifically about Hamad Bin Hamdan Al Nahyan who is also known as The Rainbow Sheikh. Why he got this name is quite interesting as he bought 7 brand-new Mercedes 500 SEL cars and got them painted in the colours of the rainbow i.e. Violet, Indigo, Blue, Green, Yellow, Orange and Red. That’s a new level of extreme, isnt it? But for now, lets talk about something that is even more interesting from his garage! The Rainbow Sheikh is the proud owner of the world’s biggest truck and the same is actually a replica of the 1950 Dodge Power Wagon pick-up. 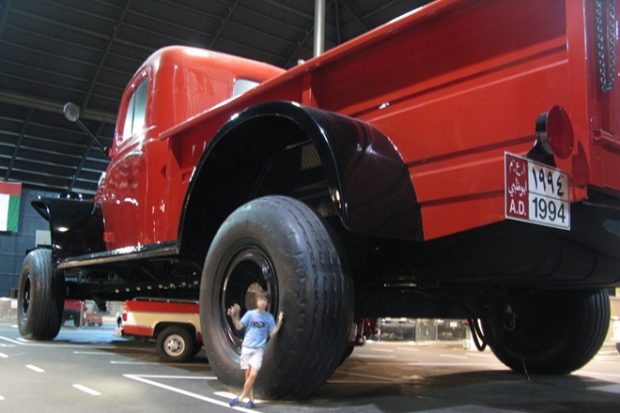 Needless to say, this specially designed truck is a lot bigger compared to its original counterpart, sixty four times larger to be precise. Now, to also give you an idea of what all went into the making of this truck! The wheels have been sourced from an oil rig transporter, the wiper has been borrowed from an ocean liner and the headlamps on this truck costed a 1,000 pounds many years ago when this mega truck was built. Do we need to say more? The humongously large truck weighs over fifty tonnes and in itself is a luxury villa on the move.

The reason? Well, it gets four air conditioned bedrooms along with a full sized kitchen, bathrooms and a lounge as well. Moreover, the tailgate can be lowered down for a nice patio overlooking the Abu Dhabi desert. Now, what is equally amazing is the fact that this is not just a static apartment on four wheels as the truck is actually driveable. Just like all of Sheikh’s cars, this one too is registered to be driven on Abu Dhabi roads. The said Dodge Power Wagon replica was built to celebrate the 1950’s oil boom and since the Dodge Power Wagon was among the first vehicles used by the oil explorers in 1950’s, Rainbow Sheikh used this particular vehicle for an amazing transformation.