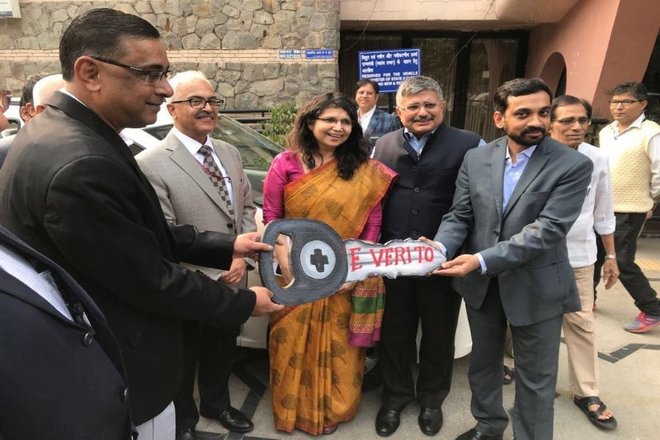 The electric vehicle division of Mahindra & Mahindra, Mahindra Electric on Wednesday delivered the first batch of its Mahindra e-Verito electric cars to state-run  Energy Efficiency Services Limited (EESL) in a ceremonial ceremony. After Tata Motors won the first tender to supply 10,000 electric cars by aggressively pricing the tender, Mahindra & Mahindra agreed to match the pricing quoted by Tata Motors and was awarded 30% of the total order of 10,000 cars. In the first phase, Mahindra was supposed to deliver 150 out of 500 electric cars that was supposed to be delivered by 30th November 2017.  Mahindra Electric confirms that the phase 1 order of 150 cars that Mahindra had committed for was completed well ahead of time.

In an e-mail query, Mahesh Babu, CEO, Mahindra Electric confirmed, “Mahindra is pleased to deliver the first batch of e-Verito as per EESL tender for electric cars.  As a pioneer of electric mobility in India, We are proud to deliver the cars on time to EESL in presence of Power Ministry officials.  This is part of the phase I order of 150 cars Mahindra has bid to deliver.” The electric cars being brought by EESL will cost them Rs 11.2 lakh per unit and will highlight the government’s ambitious plan for a mass shift to electrification of vehicles by 2030. 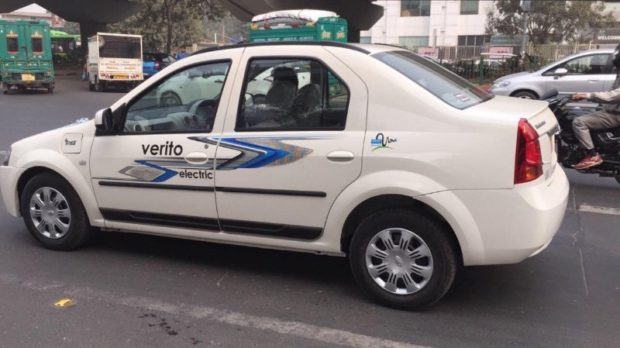 These electric vehicles procured from Mahindra and Tata Motors will replace the existing petrol and diesel cars currently being used by the central government and its agencies over a 3-4 year period. Government will also be procuring another 10,000 electric cars in 2018. Sarah Kumar, MD, EESL confirmed this by saying, “There will be another tender for 10,000 electric cars in March or April next year.”

Electric cars for babus: Is it really Mahindra vs Tata Motors in Indian electric car space? Not really

Pawan Goenka, managing director of M&M, had earlier said Mahindra would lose money on every unit of its fully electric sedans it had committed to supply to EESL and that he was stumped by the Tata Motor’s pricing. “It is difficult to comprehend the price quoted by the L1 bidder (Tata Motors) though we’ve been in the e-vehicle business for some time and we know the cost structure and subsystems very well. We will not be making any money on the cars we supply to EESL. We will be losing money on every car, Pawan Goenka had said.

As per the EESL tender, the sedan should have a range of 130 km on a full charge, can be fully charged in 6 hrs and should have a fast charge option of 90 minutes. Goenka had also said they had not decided on bidding for the second phase saying, “will take a call if we are able to bring down the cost.”