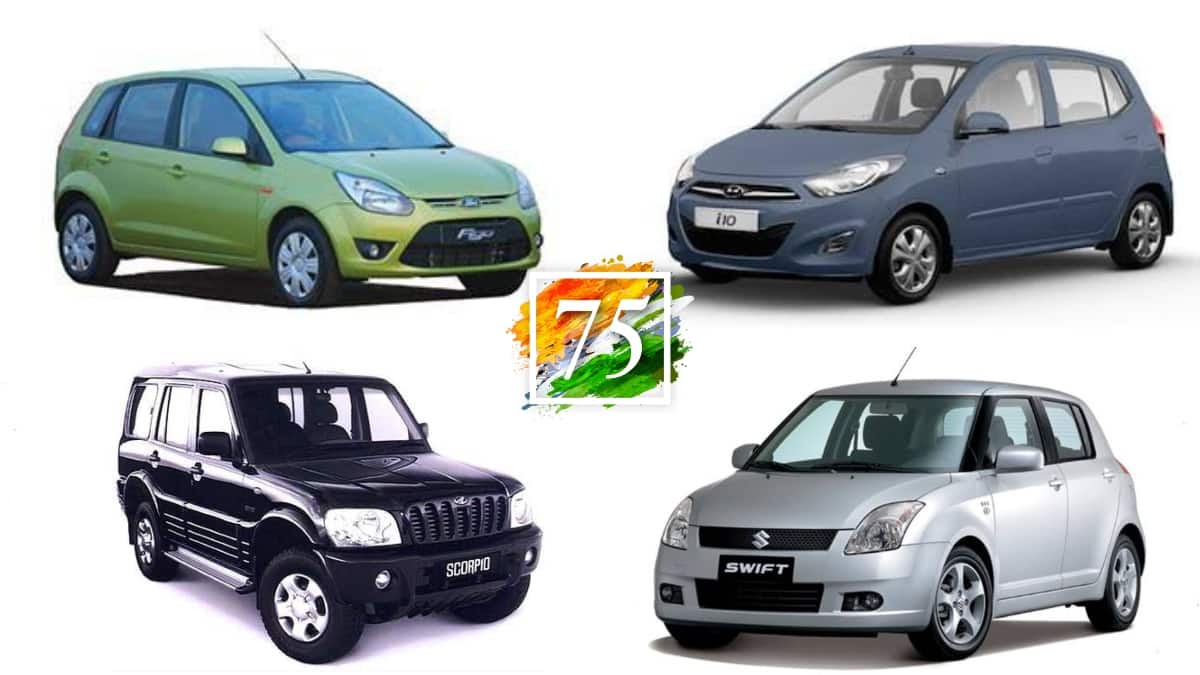 Next in our post-Independence iconic cars series, we have the 2002-2012 period.

With the change of the century, the Indian automotive industry also changed dynamically and with that, the country set forth its journey to reach new heights in terms of production, domestic sales, exports, and innovation in the passenger vehicle segment, rolling out a host of iconic cars that’ll stay in our memories in the years to come.

Continuing our series of iconic cars that ruled Indian roads post achieving freedom in 1947, here we look at some of the most popular cars in India between 2002-2012.

Would you believe that Mahindra’s iconic Scorpio, a SUV that recently got its latest version and has taken the bookings by a storm, was once priced at Rs 7.52 lakh (ex-showroom) at the time of its inception in 2002?

Popular for its rugged build, off-roading capabilities, and muscular design, the Scorpio was first manufactured in 2002, nine years after the idea was first conceptualized in 1993. The first-gen Scorpio came with three diesel and one petrol engine options.

Apart from its gigantic appearance, the 7-seater SUV boasted a powerful 2.5-litre turbo diesel engine which churned out 110 bhp and 243 Nm of peak torque. The SUV was launched at a starting price of Rs 14 lakh. Later in 2007, the car received its first facelift featuring both cosmetic changes as well as the engine upgrades.

To the Indian car owners, or even people who don’t own a car yet, the Maruti Suzuki Swift brand needs no introduction.

The five-seater hatchback was launched in May 2005 and since then, it has seen its three generations being introduced in the country. More recently, MSI announced a CNG variant of the car.

The first-gen Swift came with a 1298 cc, 4 Cylinders Inline, 4 Valves/Cylinder 5-speed manual that churned out 87 bhp and 113 Nm of peak torque. The hatchback was priced at Rs 3.87 lakh for the entry-level LXi variant and went up to Rs 4.85 lakh for the top ZXi variant.

Following a successful decade of its first offering in India, Hyundai Santro, the South Korean automaker had to ensure that its new hatchback, the Hyundai i10, which was launched in 2007, carries the legacy of its reputed predecessor.

And leaving no stones unturned to find a way to the consumer’s delight, the carmaker offered features such as airbags, ABS with EBD, power windows, and guess what? A sunroof in a hatchback!

In its bid to turn its fortunes in India, Ford placed their bet on its hatchback offering Ford Figo, which was introduced in March 2010.

The compact car emerged to become a crowd puller as the company had received 10,000 bookings within the first month of its launch. It was just the beginning as the booking numbers touched the 25,000 mark in just 100 days of its launch.

The car received one diesel and one petrol engine options. The popular 1399 cc diesel 5-speed manual variant produced 68 bhp and 160 Nm of peak torque. The five-seater car is said to have helped Ford establish itself as a strong player in the Indian car market back then.