The legend returns: Ambassador car is all set to make a grand come back in India! All details on C.K Birla and PSA Groupe joint venture, timelines and top things to know about the new Ambassador. 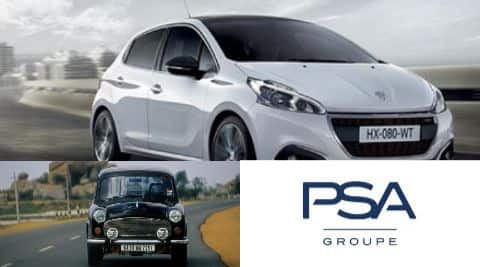 Hindustan Motors Ambassador is one of the most iconic and historic car manufactured in India for the longest period in the country. Ambassador brand making a comeback in India is not just exciting but also further emphasises the success and the impact it has had on India and its customers. Hindustan Motors owned Ambassador car was present in India from 1958 to 2014 and be it a politician or a celebrity, the Ambassador in its early years was an aspirational product. Everyone wanted one and the sitting inside the car made the owner feel a very important person. Ambassador was also the first car to be built in India just after a decade of independence. Towards the end of its lifecycle, the Ambassador failed to keep up with the technology, comfort and there existed better cars on roads and declining sales led Hindustan Motors ceasing the production of the Ambassador.

Now though, the Hindustan Ambassador car might make a comeback in India in a French avatar. There are a series of turnarounds for this iconic brand and now sources close the development now says that there will be a big revelation around the Ambassador brand and PSA Groupe India strategy in 2019 and will revolve around the Ambassador brand but will not be restricted to this brand alone. More official details on this are expected to to be revealed around September/October 2018.

A PSA spokesman had earlier confirmed that the company could add the Ambassador brand to its lineup to make the PSA famous in India.

Top things you should know about Ambassador’s India revival:

1. Hindustan Motors’ owners C K Birla has signed a joint venture with French Automaker PSA Group that owns global car brands like Peugeot, Citroen and DS Brands. The 50:50 joint venture between C K Birla Group and PSA Groupe has seen an investment of Rs 700 crore to set up its base, establish manufacturing units in India and very soon the company will start its activities and talk about its dealership and product strategy in India.

2. PSA Groupe has acquired the brand Ambassador from Hindustan Motors for Rs 80 crore in February 2017. The joint venture between PSA and C.K Birla is in the final stages of construction of its powertrain plant in Hosur, Tamil Nadu that will have an annual capacity of 2 lakh units.

3. PSA Group and CK Birla will further invest in this powertrain plant to support a progressive ramp-up. The Hosur plant is likely to be operational by early 2019 and will manufacture gearboxes and engines for both India and export markets.

4. This is the third big attempt by PSA Groupe to enter India and with an iconic brand like Ambassador already at their disposal, it should make it easy for the French carmaker to make a grand entry. PSA had withdrawn its partnership with Premier Automobiles after launching just one car in India in the 1990s. The company had also acquired land in Gujarat to set up a manufacturing plant in 2011. But, due to the financial crisis in Europe, the company had to delay its India plans once again. We expect the company to be lucky for the third time if they spearhead their operations with the Ambassador brand being used on a competitive product.

5. PSA Groupe and C.K Birla aim to roll out the first car as a result of this venture in 2020. Sources suggest that the first product will be a hatchback and will take on the likes of Maruti Suzuki Baleno and Hyundai i20 in the segment and will also be exported to other countries. These new cars will be built at the Hindustan Motors’ plant in Chennai.

6. Going forward, this venture will see the rollout of a mid-size sedan to rival Honda City and Hyundai Verna and later a compact SUV which will challenge Renault Duster and Hyundai Creta.

7. Another likely scenario is the brand Ambassador might be used in an array of products. However, a new sedan version of Ambassador is more likely on cards as it suits the image of the iconic car.

8. These new cars and SUVs from PSA Groupe coming to India will make its market debut phase wise starting late 2019 early 2020 and we expect the company to confirm the revival of Ambassador towards the end of this year.

Once again, both the companies have not officially confirmed its product strategy and its plan to revive the ‘Ambassador’ brand. However, huge investments in acquiring the name in itself suggest a big plan around Ambassador and if the iconic card is played right then it can do wonders for both C.K Birla and PSA Groupe.