Controversially, the Tata Safari name will return with a new SUV. The unveiling is scheduled for tomorrow, but its launch will take place soon. Here is what we can expect from the new Tata Safari. 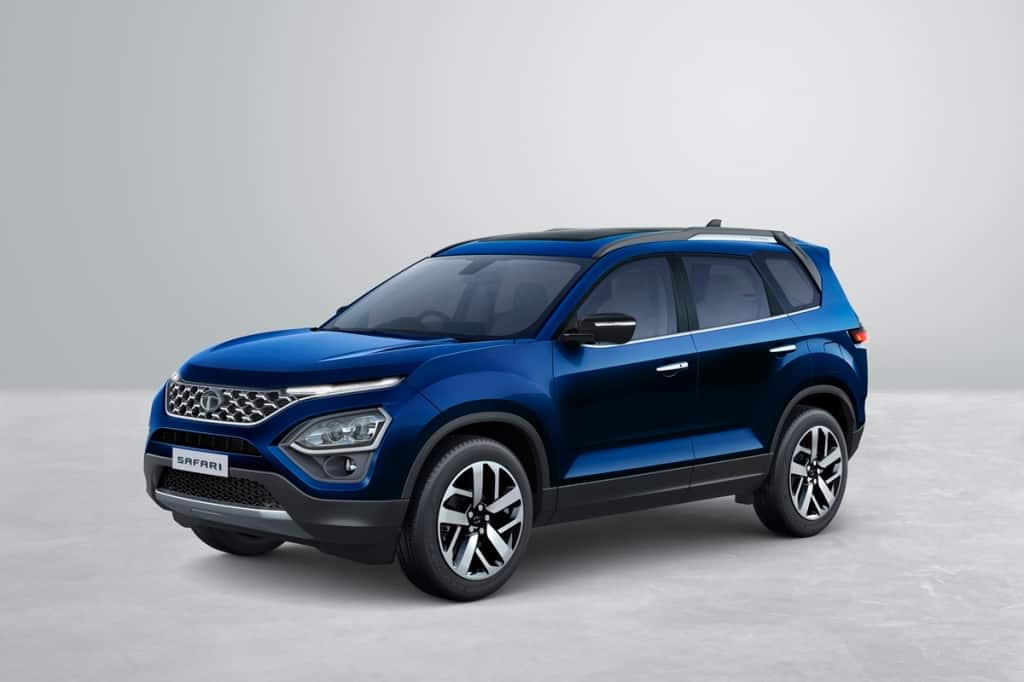 When the BS6 emission norms came into force, we bid goodbye to some legendary vehicles. Some of the vehicles would have been uneconomical to continue making and would be fairly outdated. In some cases, they would not pass the new mandatory safety or emission requirements. One such car Indians bid farewell for these reasons was to the iconic Tata Safari… or so we thought.

Tata Motors had been working on a three-row SUV for some time and we saw the pre-production model in the flesh at the 2020 Auto Expo. Named as the “Gravitas”, we were content that the Safari is no more and people who loved the SUV had mourned the loss and made peace with it.

Then 2021 threw a curveball as Tata Motors decided to change the name of the model and revive an old icon. The Gravitas will now be launched as the all-new Tata Safari. Tata Motors will be using India’s 72nd Republic Day to mark the resurrection of the Safari as the final production model will make its public debut tomorrow – January 26, 2021.

The Tata Safari will be based on the same platform as the Tata Harrier. For the Safari, Tata Motors has taken the body of the Harrier and elongated it to make room for an extra row of seats in the back. From the front, the Safari will resemble the Harrier the most. But, halfway through the silhouette changes with a stepped roof and an upright tailgate to accommodate the extra set of seats. The Safari is said to be about 60mm longer and 80mm taller than the Harrier.

In the cabin, the story is fairly similar. The new Tata Safari will sport the same dashboard layout as the Harrier. But, it will feature options between a 6-seat layout or a 7-seat layout. We expect Tata’s iRA connected car tech and inbuilt navigation from What3words to be included with the Safari.

Under the bonnet, the Safari is likely to be powered by the same powertrain and drivetrain as the Harrier. There will be a 2.0-litre turbo diesel “Kryotec” motor which is tuned deliver 170hp and 350Nm of torque. A 6-speed manual transmission will be offered as standard, while a 6-speed automatic will be offered as well. All-wheel drive is not expected to be available with the Safari, at least at launch. Underneath, the platform Tata is using with the Safari and Harrier are modified versions of older generation Land Rovers. It means, all-wheel-drive systems can be accommodated with the vehicles, should Tata see a demand. However, the Safari is likely to be equipped with rear disc brakes which are not offered in the Harrier. In addition, drive modes, including off-road modes would be offered as well.

The unveiling of the production model will take place tomorrow, but the launch is only expected to take place sometime in February. Officially, bookings for the Safari have not been announced. Tata dealers are however accepting token amounts for pre-orders unofficially. Tata Motors is like to price the Safari between Rs 16 lakh to 22 lakh (ex-showroom). It will directly rival the MG Hector Plus and the upcoming new-generation Mahindra XUV500.