Digital literacy to content creation, it is time to reboot the knowledge economy

When the government launched its Digital India initiative in 2015, the twin goals were to create a digitally empowered society, where citizens have access to information at their fingertips, and to transform India into a knowledge economy. 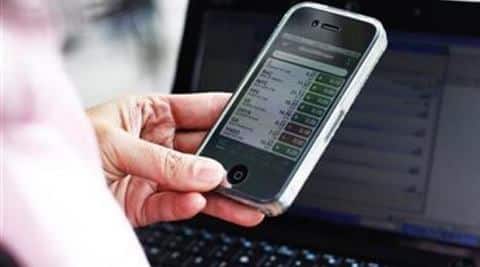 Several factors will play a crucial role in making this happen, of which a robust education system is most relevant. (Reuters)

When the government launched its Digital India initiative in 2015, the twin goals were to create a digitally empowered society, where citizens have access to information at their fingertips, and to transform India into a knowledge economy. It is evident that we are performing well on the first account, with over a billion mobile phone subscribers leapfrogging brick-and-mortar access points to use the mobile as a gateway for basic e-governance related information, infotainment, online shopping, and more. While this creates a concrete base for a knowledge economy by familiarising citizens with technology, it cannot be the sole catalyst for transforming India to Digital India.

According to the World Bank, knowledge economies are defined by four pillars: institutional regimes to provide incentives for knowledge building and entrepreneurship, a skilled population to create and leverage knowledge, an efficient innovation system that enables creation of new technology, and an ICT infrastructure to facilitate information creation and access. In 2014, India ranked 109 out of 145 countries in the Knowledge Economy Index, lagging behind most countries in Asia Pacific; in the same index however, we ranked high on innovation. The discrepancy exists because innovation in our country has largely been frugal. Imagine the potential of entrepreneurship and knowledge creation if the government and the private sector collaborate to institutionalise access to technology, relate it to skill acquisition, and ultimately innovation and knowledge sharing.

Several factors will play a crucial role in making this happen, of which a robust education system is most relevant. Government programmes around digital literacy are already imparting education in remote areas, helping inculcate relevant employability skills at a young age. This is further strengthened by public private partnerships wherein primary school students are getting an opportunity to tinker with technology.

Another key factor to make India a knowledge economy is to equip citizens with the power to create content aimed at improving livelihood, thereby increasing contribution to the

development of the community and economy. Till date, the government has done a commendable job of taking its services to citizens through the mobile; now it’s time to complement this strategy with technology platforms that enable citizens to create, understand, and share knowledge.

The UN Millennium Development Goals Indicators state that industrialised economies enjoy 63 times more access to personal computers (PC) than developing countries. For most developed nations, the growth story has been an ‘and’ story, wherein they’ve had high levels of penetration of both PCs and mobile phones. Digital India’s story too will have to be an ‘and’ story, where mobile phones serve as a gateway to technology and PCs, owing to their larger screen size and productive capabilities, are leveraged as a cornerstone for development.

Today, growth in PC penetration is visible, albeit in small measure, from non-urban parts of India. An analysis done by Kantar IMRB and the Indian School of Business shows that 54% citizens in non-urban India prefer a PC over a smartphone for education, while increased job opportunities remains one of the key reasons for non-owners of PCs to consider purchasing one. Additionally, owners of both smartphones and PCs are 7% more likely to use the latter to access healthcare, education, and career-related information. Given that nearly 70% of India’s population resides in non-urban areas, and that the current technology penetration in the country is at a meagre 20%, the government must accelerate the process of making productive technology relevant here.

To make this happen, the most critical step is to foster a platform agnostic knowledge based economy, which entails the use of complementary devices, including mobiles and PCs, to plug gaps in development of skill, digital literacy, and content creation. Second, user interface language is a key barrier to embracing technology, so training and skill building programmes that exist in English, must be replaced by vernacular languages.

Finally, through steady and sustained public private partnerships, the government, industry, and local technology evangelists must continue to make technology adoption relevant. While the government will play the key role in setting policies, the industry must collaborate to execute that vision, and the local technology evangelists will help address the citizens’ initial inhibitions and fears associated with the use of what are perceived as being complex devices.

Classic gestalt theory follows that the whole is greater than the sum of its parts; this could not be truer for Digital India today. Being the second most populated country with the largest young population presents great opportunities in terms of economic development but also requires a certain set of skills and knowledge to be differentiated in the global market. We must aim to become a nation with knowledge as a backbone, for which the government must adopt and implement technology policies that enable citizens with tools to move beyond content consumption, and toward content creation.