India is the second largest contributor to Big Blue’s 2019 list of 9262 patents. 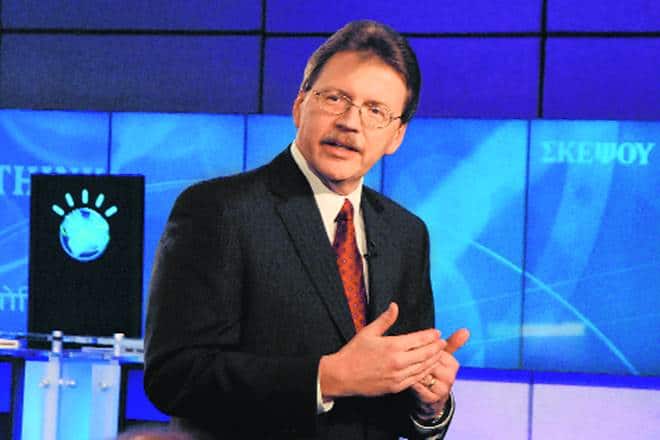 As many as 900 patents have been granted to Indian inventors with IBM, out of the 9262 patents granted to Big Blue in 2019. This is also the highest ever number of patents filed by Indian engineers in the last 27 continuous years that IBM has been leading the patents game in the US. With this, India is the second largest contributor to IBM’s worldwide patents list for the year.

“The pace of innovation continues to accelerate and reach unprecedented levels, especially in IBM’s Labs. Technology advances—whether AI, cloud or quantum computing—will all contribute to solving the biggest challenges facing business and society,” said John E. Kelly III, executive vice president, IBM, commenting on the achievement. “Businesses around the world, and across virtually all industries, rely on IBM technology for mission critical applications and sustained innovation,” he added.

Altogether 8500 IBM inventors spread across 45 different US states and 54 countries ensured that the tech giant topped the US patents race in 2019. Since 1920, IBM has received more than 140,000 US patents.
As for the Indian inventors, among the many patents that find universal application are those for ‘Infrastructure costs and benefit tracking,’ ‘Automation and validation of insurance claims for infrastructure risks and failures in multi-processor computing environments’ and ‘Eye contact-based information transfer’. A team comprising Indian IBM inventors Vikas Agarwal, Kuntal Dey, Alwyn R. Lobo, Sougata Mukherjea, Venkatraman Ramakrishna, Meghna Singh has developed a method to track and map an IT infrastructure which can then be rendered as a two-dimensional graph. It is aimed at monitoring and managing costs associated with the IT systems.

Another team of Indian inventors comprising Albee Jhoney, Hariharan Krishna, Anbazhagan Mani and Umasuthan Ramakrishnan has come up with the automation system to automate insurance claims in a shared computing environment. This system uses the insurance parameters digitally fed to a processor in a shared environment. This, in turn, helps define risk parameters in the system, which when violated can be flagged by one of the processors in the environment. Thus, a processor can automatically generate claim packages and transmit them to administrators.

Internationally, patents were granted for Artificial Intelligence (AI), cloud, blockchain, encryption and quantum computing. IBM was awarded more than 1,800 AI patents, including a method for teaching AI systems how to understand and deduce the nuances and implications behind certain text or phrases of speech by analysing other related content. IBM also led in the number of blockchain patents granted, which includes several patents for improving the security of blockchain networks. One patented technique would help in resisting ‘replay attacks’, where an attacker copies and uses signature information from one transaction on a blockchain to later perform other transactions that are not authorised. IBM inventors were granted more than 2,500 patents in cloud technology, including for example, a patent for a method to jointly manage cloud and non-cloud computing platforms. Working with a unified portal, this technique receives, organises and streamlines incoming cloud and non-cloud tasks and requests, which could help organisations easily migrate to hybrid cloud platforms.

Quantum computing innovations by IBM included, for example, a method to scale a quantum computer to support additional qubits, as well as enabling a breakthrough approach for simulating molecules. Among the security patents IBM received in 2019, inventors are conducting pioneering work in the area of homomorphic encryption, a technique that allows users to operate on encrypted data, without having to decrypt it first. IBM was granted a patent that developed a signature-based approach for homomorphic message encoding functions—which helps ensure authenticity of the data.