To distinguish it from its offerings in the past two years, Spotify has also decided to provide some new features as a part of this campaign. 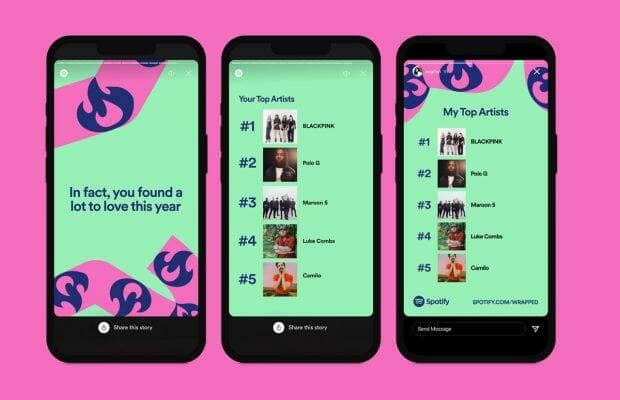 This is the third year that Spotify is offering this personalised feature ever since it was launched in December 2019.

Spotify 2021 Wrapped: Music streaming platform Spotify’s annual Wrapped feature has gone live. The feature is a personalised experience that provides users with details of the artists, albums, songs, and playlists they have listened to during the year, along with their favourite podcasts.

This is the third year that Spotify is offering this personalised feature ever since it was launched in December 2019. Users of Android as well as iOS Spotify apps would be able to see the Wrapped feature to get an idea of what their listening habits were like in 2021.

However, apart from offering a personalised experience, Spotify has also released lists of top artists, songs, albums, playlists and podcasts that were listened to, both in India and globally. The theme for this year’s Wrapped campaign in India, as per Spotify, has been kept as “Totally Normal” to commemorate the year this was due to the pandemic.

Also read | Now you can just WhatsApp to book an Uber in India: Here’s how

Moreover, to distinguish it from its offerings in the past two years, Spotify has also decided to provide some new features as a part of this campaign. Among them is what Spotify is calling ‘2021: The Movie’, which is a cinematic experience pairing all of the top songs of a user with classic scenes of a movie. Apart from that, the audio aura of the users on the basis of their top two music moods of the year have also been visualised on the app.

Playing cards have also been introduced by Spotify as part of the Wrapped 2021 campaign, so that users can play interactive data-based games. In this, users will be shown statements around their listening patterns during the year, and they will have to select which statement is true.

Blend feature would let users see how their music taste for the year matched up with friends, and would stream blended playlists. Apart from that, this year, the music platform has added videos from about 170 artists and creators thanking their fans. These videos would show up for users if they have a song by one of these artists in their ‘Your Artists Revealed’ or ‘Your Top Songs 2021’ playlists.

These Wrapped cards can be shared on other social media platforms as well, which is a feature aimed at increasing interest among untapped audiences.

Shershaah’s ‘Raataan Lambiyan’ by Asees Kaur, Jubin Nautiyal, Tanishk Bagchi was the most streamed song on the platform, followed by ‘Ranjha’ by Jasleen Royal, B Praak, Anvita Dutt. Brown Munde, STAY, and Lut Gaye were next in line.

Naturally, Shershaah emerged to be the most streamed album in the country, with Kabir Singh and Moosetape being next in line.

Top Hits Hindi, New Music Punjabi, Punjabi 101, Today’s Top Hits and This Is BTS were the most streamed playlists in India, while The Mythpat Podcast, The Ranveer Show, The Stories of Mahabharata, Naallanaa Murukku – The RJ Balaji Podcast and Srimad Bhagavad-Gita Adhyaya 1 were the top podcasts.