The CM of Uttar Pradesh was in demand by the BJP candidates and his rallies were packed events. 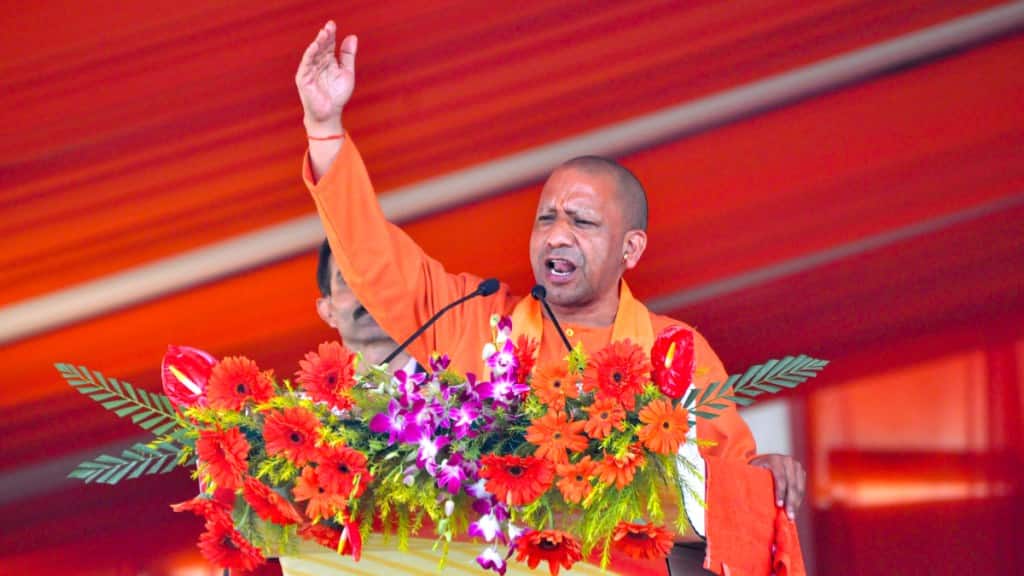 The mega win in the Gujarat Assembly elections is largely credited to Prime Minister Narendra Modi’s aura that continues to charm the electorate in his home state. But amid this Modi mania, one name carved a niche and made his presence felt. Uttar Pradesh Chief Minister Yogi Adityanath, BJP’s prominent star campaigner, scripted a stellar cameo with an impressive success rate when one looks at the conversion of poll campaigns into actual votes.

Out of 25 seats where CM Yogi campaigned in Gujarat, the BJP won 20 constituencies, according to an analysis by the Hindustan Times. The CM of Uttar Pradesh was in demand by the BJP candidates and his rallies were packed events.

Also Read: Full list of ministers who won and lost in Gujarat Elections 2022

Also Read
Adani-Hindenburg saga: The real risk to Modi is not the Opposition
PM Modi should nationalise all assets of Adani Group and then auction it for sale: Subramanian Swamy
PM Modi in Lok Sabha: World looking at India with hope, some frustrated persons can’t accept it
Country’s image not impacted: Nirmala Sitharaman

From calling Delhi Chief Minister Arvind Kejriwal a ‘namoona’ to launching sharp attacks against the Congress, Yogi Adityanath raised the Hindutva pitch wherever he campaigned. He held a mega roadshow in Godhra, the epicenter of the 2002 communal violence. Godhra’s sitting MLA CK Raulji retained his seat with a much better margin than 2017.

Experts believe that Yogi Adityanath’s consistent mention of temples and the Hindutva agenda in his speeches helped the BJP in consolidating the Hindu votes significantly. The Kashi Vishwanath corridor, Mahakal project, Somnath renovation were some of the key elements in CM Yogi’s poll campaigns. Along with mandir, Yogi also focussed on Modi.

In a poll rally in Kutch and Dwarka, Yogi invoked PM Modi laying the foundation stone of Ram Mandir in Ayodhya. Elsewhere, he spoke about how Modi was the only Prime Minister to visit the Ayodhya temple.

Known as ‘Bulldozer Baba’, Yogi’s governance was also in focus in Gujarat. But he turned the criticism on its head as people carried miniature bulldozers at his rallies. Almost all rallies resonated with the chants of ‘Jai Shri Ram’. At least 11 of the 25 seats where Yogi Adityanath campaigned were earlier held either by the Congress or Independent candidates. But this year, Yogi helped in wooing voters and bringing them into BJP’s fold, contributing to the rise in the BJP’s seats to record 156. Savarkundla, Dhandhuka and Rapar are among such new seats that the BJP won this year.