Launched at a starting price of Rs 1.84 lakh (ex-showroom, Chennai), the new 2021 Royal Enfield Classic 350 is now available in a total of 5 variants and 11 colour options. Let’s start with an interesting fact! The Royal Enfield Classic was actually an export-only model when its production started for the first time back in the year 2008. But little did the company know that the bike would not only see a great response in India but will also go on to become the best-selling model in the company’s line up with monthly sales averaging very well over 15,000 units a month even today. After 13 years, the Royal Enfield Classic 350 has received its biggest update yet and I know for a fact that a lot of you have been waiting for it for a very very long time. With over 3 million units sold worldwide, the Classic has come a really long way and Royal Enfield has taken the word ‘update’ too seriously for the new 2021 model. So, let’s dig into the details of what all has changed and more importantly, how the new Classic is to ride!

2021 Royal Enfield Classic 350 Design, Features: Classic but Not a Classic

First things first, the design! When the design team at Royal Enfield started the 2021 Classic 350 project, they got a directive from Mr. Siddhartha Lal that the new-gen Classic should look like the Classic 350 but not like the Classic, and needless to say, the expectations were met. This, in simple words, means that the next-gen Classic 350 looks exactly like the previous generation model from a distance but when you look closely, the changes become quite evident. Speaking of which, the new Classic 350 gets a similar-looking rounded headlamp but the one on the new model is a multi-reflector clear lens unit. The unfortunate bit here is the fact that the headlamp illumination could have been better and you do feel a lack of confidence from the setup while riding on those pitch dark expressways during the night. The entire lighting setup is new and you now get hazard lights as well on the new Classic 350. 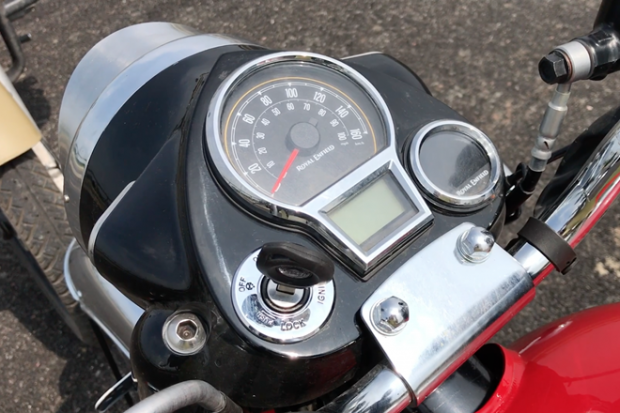 The other big change is on the instrument cluster. The previous-gen model had one of the oldest-looking cockpits that you must have seen on a motorcycle and with the new model, while the company has tried to keep the layout the same as before, it now gets a more premium-looking speedo, a small digital screen that gets odometer, twin tripmeters, clock and finally, a fuel gauge. Moreover, there is a Tripper as well but the same is available only with the chrome variants as of now, however, the company says that these will be offered as an optional extra later with all the colour options. Speaking of its performance, while the tripper worked fine most of the time during our tests, it abruptly disconnected 2 to 3 times even in the city when there was full internet connectivity. The handle lock has now been integrated with the ignition switch for added convenience but on a downside, the kick start option has now been removed from this motorcycle and we believe not many people, especially the Classic 350 loyalists are going to like this fact. 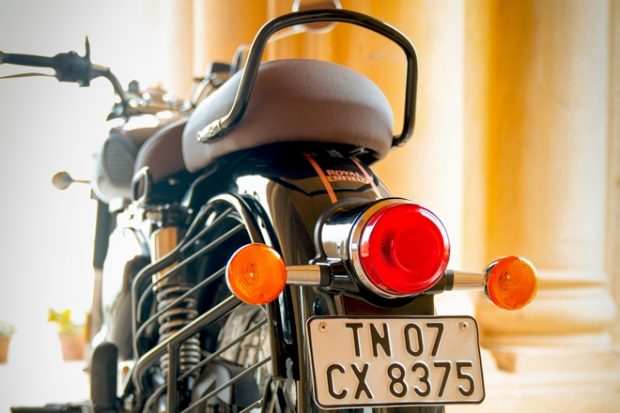 When we contacted Royal Enfield to know the exact reason behind removing the kick start, they said it was done in order to make the engine compact and it also gave them freedom in terms of positioning of footrests that could have been hampered otherwise by the location of the kickstart output shaft. Moreover, the company stated that removing the kick start also contributed somehow to reducing the NVH (Noise Vibration Harshness) levels on the engine, the company noted. The switchgear on the new Classic 350 is the same as the Meteor and the handlebar grips and the clutch and brake levers are now a bit elite-looking as well. The overall fit & finish has gone up significantly and the Classic 350 now actually comes across as a premium product. The good thing is that RE has ironed out the rough edges and it is now hard to notice any irregularities anywhere on the motorcycle. 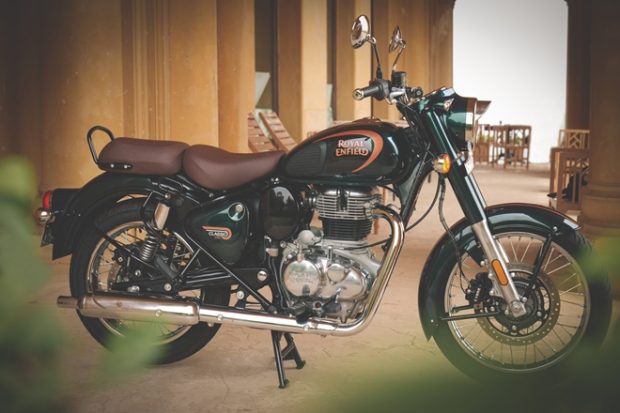 The overall attention to detail is great too and from appearance, the new Classic 350 comes across as a modern motorcycle while retaining all the quintessential old school bits. The new 2021 Royal Enfield Classic 350 also shares its brakes, swingarm and frame with the Meteor 350 but uses completely new wheels, suspension, fuel tank, seats, handlebar, side panels, exhaust and even the footpegs and I’ll come to the details in terms of what exactly has changed in these areas in a bit. 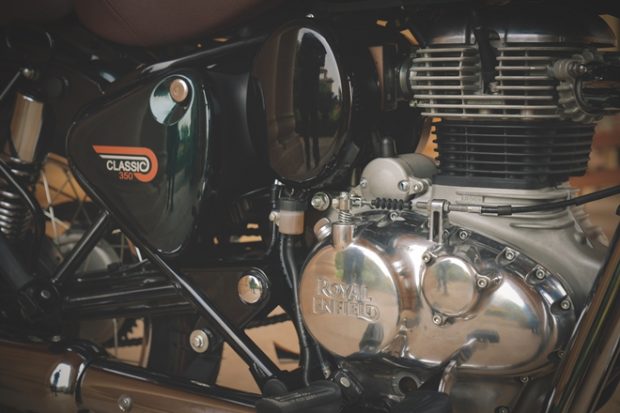 The Classic 350 now says goodbye to the good-old UCE engine that has been serving it for years and is now powered by the company’s brand-new J-series engine that also powers the Meteor 350. The power and torque outputs are identical to the latter at 20.2 hp and 27 Nm and hence, the new 2021 Classic 350 now sees an increment of 1.1 hp and a drop of 1 Nm compared to the previous-gen model. Thumb the electric starter, swing a leg on the bike, engage the first gear, release the throttle and you will instantly figure out that the 2021 Classic 350 is a completely different motorcycle. The revised gear ratios mean that you don’t need to change gears quite frequently like it used to happen on the older model. The low & mid-range is strong and the bike now feels a lot energetic and lively compared to its predecessor. Moreover, there is now a bit of urgency when you start from a standstill and you will actually going to like it. Thanks to the new hardware, the Classic 350 has gotten quicker as well and you can now easily brisk past other vehicles in the city and do quick overtakes whenever you want to. 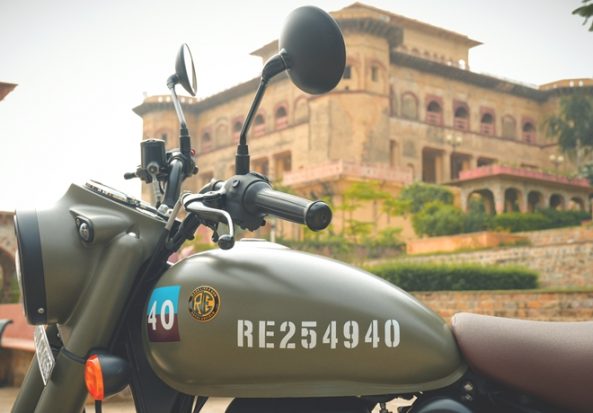 And while doing that, the thump of the exhaust note playing behind your head feels a melody to the ears and very much in sync with what a Royal Enfield should ideally sound like. The biggest highlight here is the fact that there are absolutely, absolutely no vibrations as you proceed towards the top end and it’s really a nice feeling when you can actually see things nice and clear in the rear view mirror even at 100 kmph. Surprising isn’t it?! The ideal cruising speed or rather the sweet spot of this motorcycle is 95 to 105 kmph and at this pace, you can do hundreds of kilometers relentlessly on this bike in a single day. However, during our tests, we felt that the new Classic 350 took slightly more time and effort to reach the 100 kmph mark compared to the Meteor, but we do not think that anyone is really going to mind that. 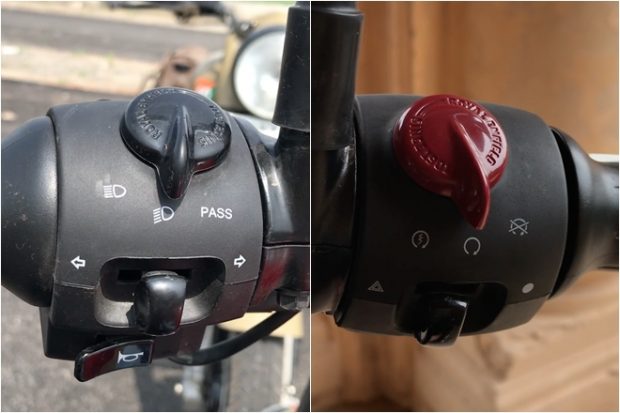 On the engine performance front, it’s a whole new level of experience and the new Classic 350 will certainly make you think twice about whether or not you are actually riding a Classic. The fuel tank capacity of the bike has been dropped by 0.5-litre and hence, the Classic 350 now gets a 13-litre appetite. The company is claiming a 37 kmpl (ARAI-tested) fuel efficiency and we achieved 32 kmpl during our tests that constituted around 60 percent highway and 40 percent city riding. 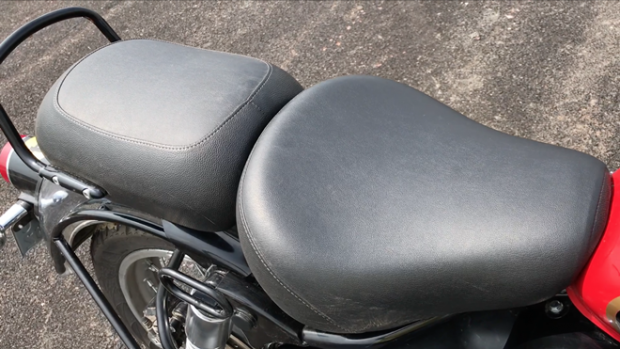 Comfort is one area that has been addressed well by Royal Enfield. The rider and the pillion seats have been optimized for better comfort with enhanced cushioning and the latter is now wider as well. The handlebar has now been moved a bit forward in favour of better weight distribution, speaking of which, it is now 46:54 for the all-new Classic compared to 44:56 of the previous-gen model. Despite that, there is hardly any change in terms of the rider’s triangle and the riding position. The seat height on the new Classic 350 is 805mm and the company is even offering an optional low seat that further lowers the saddle height by a good 32mm. If you ride the previous-gen and the new model back to back, you will clearly feel a significant increase in terms of overall comfort. 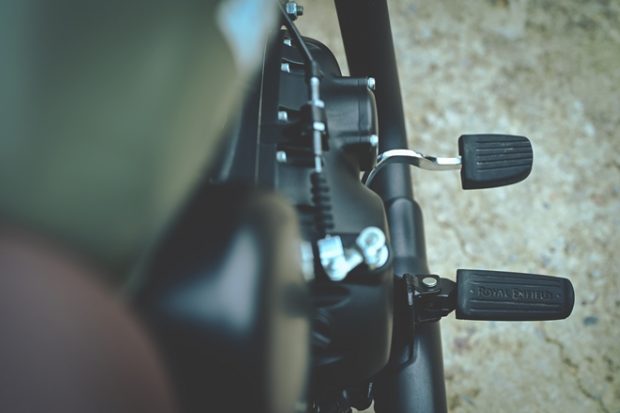 Before handing over the bike back to Royal Enfield, I was able to clock over 1,000 km on the new Classic 350 and thanks to the 2,000 km Delhi Jaisalmer road trip that I did on the previous Classic 350 a couple of weeks back, the changes between these two became quite apparent. The new Classic 350 felt a lot more comfortable and one can easily do over 200 km on this one without having the need to take a break. Moreover, I would like to mention that the new-gen Classic 350 also handles the bad roads and potholes much better than its predecessor and the reason behind that is the fatter 41mm forks upfront and the suspension travel at the rear that has also been increased by 10mm. The tyres also offer a decent grip and even in the wet conditions, I didn’t had anything much to complain about. 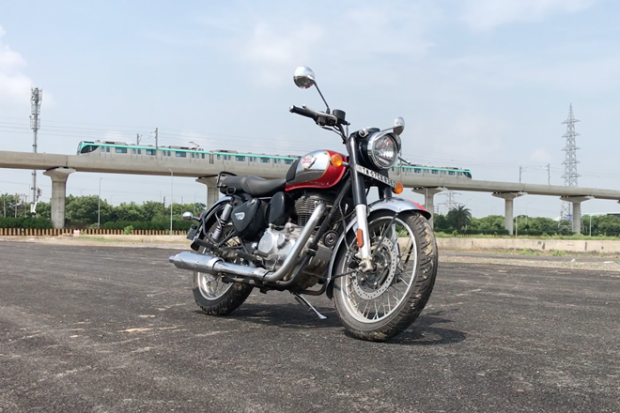 Royal Enfield has increased the width of both, the front and the rear tyres for the new Classic 350 and that’s the reason the bike now feels more planted at those highway speeds. Despite all these changes, Royal Enfield has managed to keep the kerb weight of the bike almost the same at 195 kg. Now, to the big question – “Royal Enfield Classic hai, toh ispe Leh Ladakh jaana toh banta hai, what about that?” Well, the answer to that is – the new Classic 350’s ground clearance has been increased by a good 35mm, which means you can now do those trips more confidently. Even the cornering clearance of the bike has been improved so if you notice, the rear brake pedal of the bike has now been re-routed from over the exhaust compared to the previous model in which it used to come out from under the exhaust. With the new platform, the new-gen Classic 350 also feels considerably more flickable in traffic and more agile on corners as well. Another bit that makes it hard to believe that it’s a Classic! 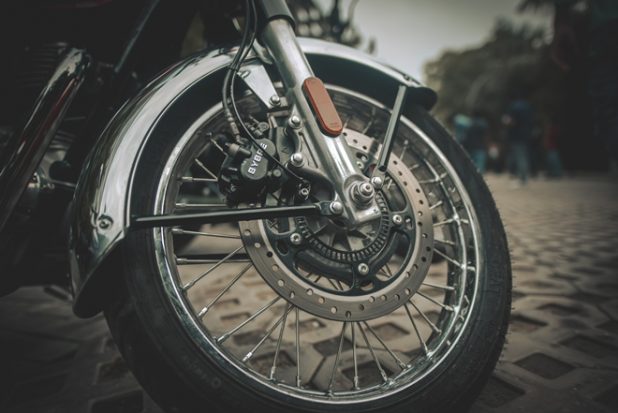 Now, coming to the point that used to be the Achilles heel of the previous-gen Classic 350 – the brakes. The setup on the older model lacked instant feedback and bite but I am happy to report that this area has also been very well addressed on the 2021 Classic. The size of both, the front and the rear disc has been increased and you now not only get sharper bite and feedback at the lever but also the confidence that the bike will come to a halt wherever you want it to. The overall ride quality is brilliant and keeping just a couple of niggles aside, the new-generation 2021 Royal Enfield Classic 350 has improved on almost every parameter, and in fact, in my books, it is one of the best examples of how motorcycles should evolve with time. 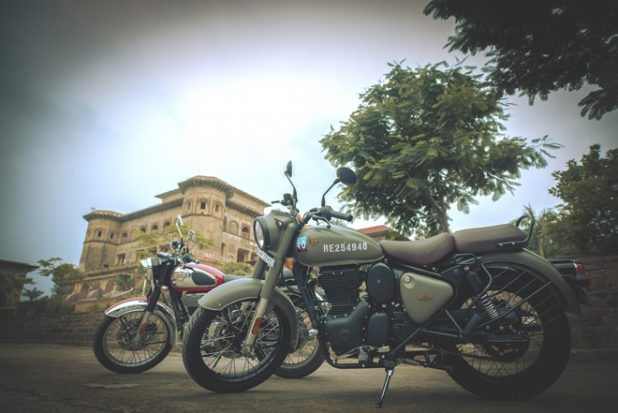 The new 2021 Royal Enfield Classic has been priced at a starting of Rs 1.84 lakh (ex-showroom, Chennai). For this new generation avatar, Royal Enfield has tried to improve the bike in almost every area and, after riding it for four days and over a thousand kilometres, I must say that they have been successful in doing that. More importantly, Royal Enfield has been constantly taking customer feedback and has implemented a lot of that on this motorcycle to actually make it the best Classic 350 yet. Gone are the days when the Classic 350 actually felt like a typical old school and an outdated motorcycle, the new one feels and rides like a new-age Royal Enfield packed with good rideability and features and hence we believe this is going to attract even more customers. So if you are thinking of bringing home this one, well, we don’t think there is even a little chance that you can go wrong with that decision.