For the first time in 10 years at Imola, both Mercedes cars failed to make it through to Q3. 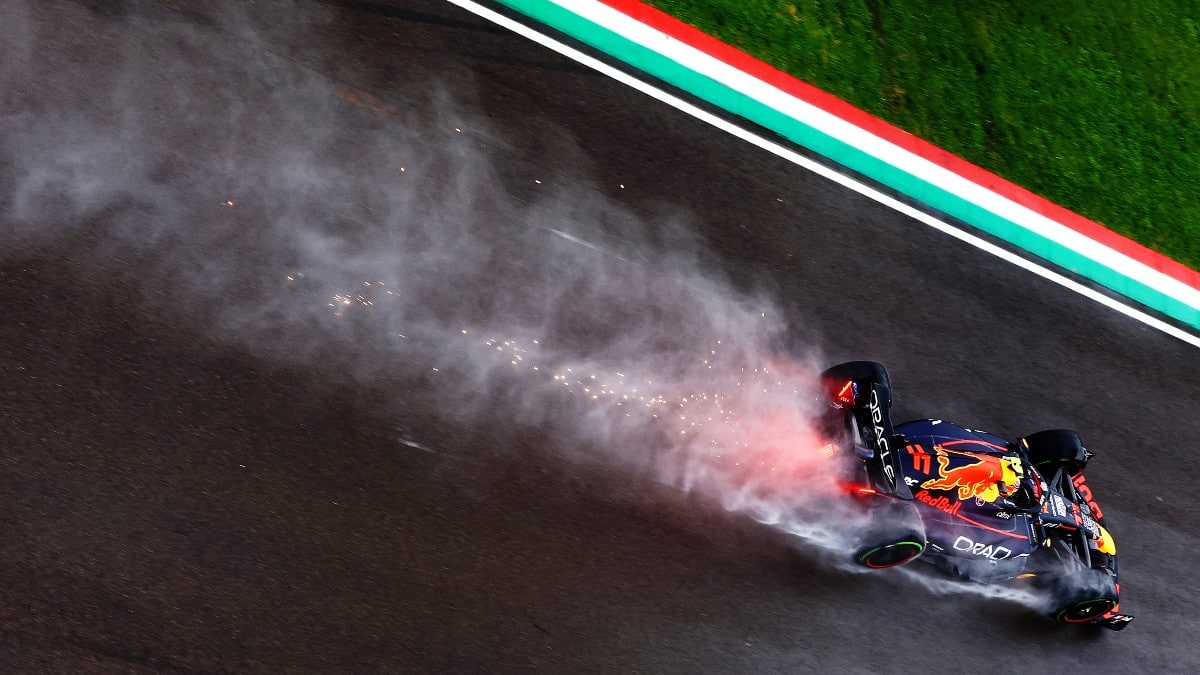 The session at Imola started quite damp ahead of the Emilia Romagna Grand Prix. The day started well for the Ferraris as the first practice was led by Leclerc in the first place but reigning champion Max Verstappen will start Saturday’s sprint race in pole position. Sadly and for the first time in 10 years at Imola, both Mercedes cars failed to make it through to Q3. Hamilton’s last-gap effort positioned him 15, 0.004s ahead of AlphaTauri’s Tsunoda, who missed out on Q2. Hamilton was heard saying “How far are we off, man, that’s crazy?!” when he learnt that 1.6 seconds split him and Verstappen at P1.

Esteban Ocon seemed to have suffered from a gearbox issue that positioned him 19th while Alex Albon of Williams was eliminated from Q1 when his right-rear brake caught fire and spread debris on the track. He is put on a provisional P20 on the grid for the Sprint.

Not all is lost as the fighting teams will have one more practice session to get their eye in ahead of the Sprint.