When contacted, a senior member of the MRF Employees Union said that the workers stopped work from the second shift of Thursday (3 PM to 11 PM) as one of the union member tested positive for Covid-19 aka Coronavirus. According to him, the company was not following the guidelines (SOP) issued by the government authorities, and hence workers decided to stop work. 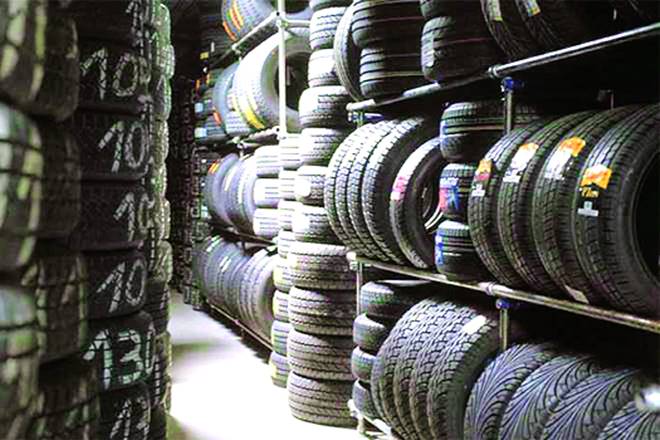 MRF workers at the Thiruvottiyur plant have been on a tool down strike from Thursday noon (from second shift) after one of their union committee members tested positive for Covid-19.Ever since the tyre major recommenced production at its Thiruvottiyur (Chennai) plant in the first week of May, the workers were expressing serious concerns over maintaining distance (social distancing) at the workplace as the plant situated in the red zone of Chennai. When contacted, a senior member of the MRF Employees Union confirmed the developments and said, “Our workers stopped work from the second shift of Thursday (3 PM to 11 PM) as one of our union member tested positive for Covid-19. The company was not following the guidelines (SOP) issued by the government authorities, hence workers have decided to stop work from today onwards. “We have to protect our workers as it is the union’s responsibility. So we have asked the workers to stop work immediately. Our priority is to move them home with safe precautions,” he added.

“It was normal when the company started off with two shifts and with 25% workforce a shift in the beginning of May. Later, the company decided to increase the workforce to 33% and in the last few days it went further to three shifts, thereby violating the guidelines (SOP) of government authorities. The very purpose of social distancing was not maintained by the management and the workers became unrest,” he pointed out.

When we raised the issue with the management (plant head) through our executive committee members, the management has not responded properly and was adamant in three shifts. We also took the matter with the government authorities, labour secretary among others and are waiting for the instructions/discussion on this issue. “Unless the management comes forward and find solution to this issue, we will not work,” the union member said. These issues were causing alarm among the workers. The recent increase in symptomatic workers, lack of testing of workers, and the confirmation of one positive case, tipped the scales and forced the union to take suo moto action to protect the workers.
The union wants decontamination and sanitation of the various departments, systematic contact tracing and testing of all workers, company support, isolation of those suspected of Covid-19, roll back of the recent order to call 100% of the permanent floor level technicians, which goes against the SOPs given by Tamil Nadu government.