Volkswagen Polo, Vento TSI Editions discontinued or not: Here is what company says

The Volkswagen Polo, Vento TSI Editions were priced a bit lower than the corresponding regular variants. Moreover, you got some additional goodies like graphics, TSI badges as well as a blacked-out roof and mirror caps. 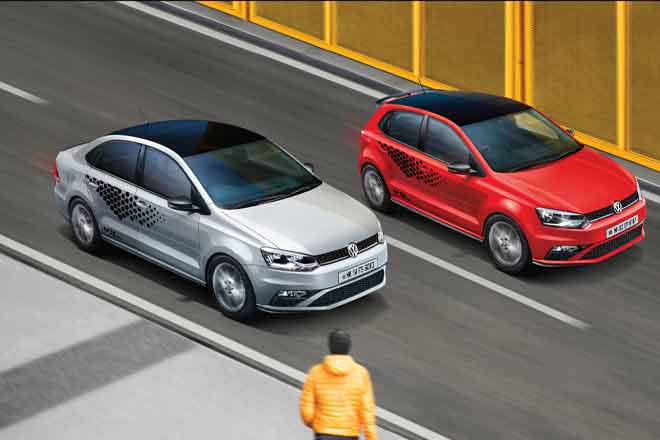 Volkswagen India, along with the introduction of its BS6 petrol-powered Polo and Vento also announced the launch of TSI Editions. These special edition models were based on the Highline Plus manual variants. However, they were priced a bit lower than the corresponding regular variants. Moreover, you got some additional goodies like graphics, TSI badges as well as a blacked-out roof and mirror caps. However, there were recent reports on how Volkswagen India had de-listed these models from its website. It was being said that the Volkswagen Polo and Vento TSI editions were discontinued. Express Drives got in touch with Volkswagen India to check the reason behind removing these models from the website. Here is what the company had to say about this.

“We have received a good and encouraging response on the limited TSI edition of the Highline Plus (Manual Transmission) variant of Volkswagen Polo and Vento. It is a sign that our product and aesthetic enhancements have appealed to our customers. With that effect, we continue to offer the TSI powered Polo and Vento (Highline Plus Manual Transmission variants) at an attractive price of Rs 7.89 lakh and Rs 10.99 lakh, respectively. The carline can be booked via our various platforms and are available for deliveries at all Volkswagen sales touchpoints across India.”

The Volkswagen Polo and Vento TSI Editions are powered by a 1.0-litre turbocharged petrol engine that makes 110hp of power and 175Nm. A 6-speed manual transmission is aligned with this engine. The rated fuel efficiency is 18.24kmpl for the Polo and 17.69kmpl for the Vento sedan. Volkswagen also offers both the cars with a 6-speed torque converter. However, the TSI Editions are offered only with a manual transmission. Volkswagen India’s next launch could be the Taigun SUV, slated later this year or early next. Currently, the brand offers the Volkswagen Tiguan AllSpace, T-Roc, and the aforementioned Polo, Vento models in India.