The new Lamborghini Urus equipped with the standard twin-turbo V8 engine, was modified to comply with the safety regulations of the Pikes Peak International Hill Climb. 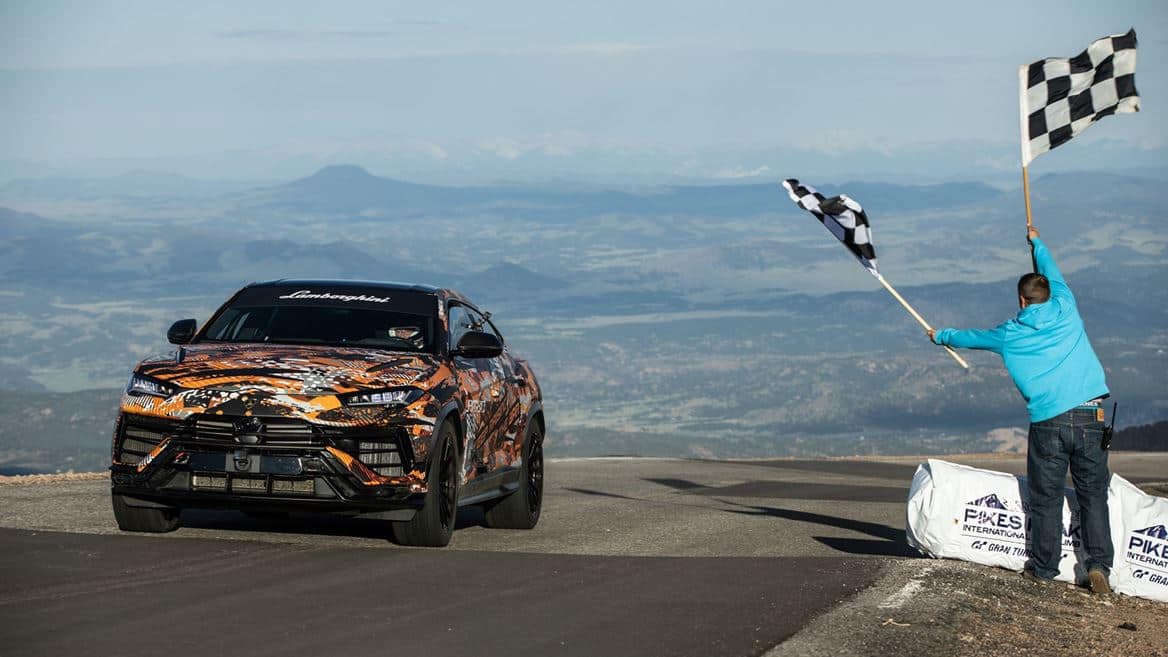 The new and upcoming Lamborghini Urus has set a new record in the production SUV category on the track used for the Pikes Peak International Hill Climb. With Pirelli test driver Simone Faggioli behind the wheel, the new Urus set a time of 10:32.064 for the climb. It has ushered the Bentley Bentayga’s record time of 10:49.902 set in 2018.

The timed attack, with a camouflaged Urus, took place on the same route as the race, with the road closed to traffic for the occasion. Starting from an altitude of 2862 meters, Faggioli tackled the 156 turns that wind for 20 km ascending a further altitude of 1439 meters over an average gradient of 7%, and crossing the finish line at 4302 meters (14,115 ft) in 10:32.064.

Yet to make its formal debut, the new Urus was not entered in the official race but the time was recorded by the official timekeepers of the Pikes Peak International Hill Climb.

The new Lamborghini Urus equipped with the standard twin-turbo V8 engine, was modified to comply with the safety regulations of the Pikes Peak International Hill Climb. The passenger compartment was equipped with a roll cage and the standard seats were replaced by a race seat with a six-point harness, and a fire extinguishing system was installed.

The tires (sizes 285/40 R22 and 325/35 R22) are an evolution of the Urus’ Pirelli P Zero Trofeo R. For the first time, with this particular variant developed in cooperation with Lamborghini, the Pirelli semi-slick tire has been developed to meet the characteristics of an SUV. The result of the collaboration claims a tire with increased versatility, returning high performance both on dry asphalt with high ambient temperatures and on wet surfaces with colder temperatures.

“The decision to test ourselves at Pikes Peak reflects the Lamborghini spirit of ‘expect the unexpected’, and demonstrates the outstanding performance of the new Urus model to be presented shortly,” said Rouven Mohr, Automobili Lamborghini Chief Technical Officer. “Pikes Peak is the most famous hillclimb event in the world, as well as being extremely challenging for the car: the uneven track layout tests the chassis’ balance; the significant altitude differences stress the powertrain; and the weather conditions can change very rapidly between start to finish.”