Kia Motors may switch to a new brand logo soon: Here’s how it might look!

Reports on the internet suggest that this new logo by Kia Motors will be limited just to electric and hybrid vehicles. Once the approval gets done, you can see this new logo on Kia cars in India as well, maybe sooner than you expect. 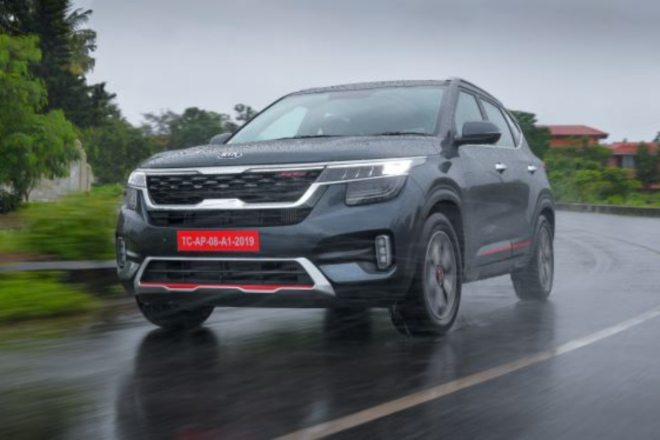 Kia Motors might be adopting a new brand logo very soon. The South Korean auto manufacturer has filed a new design for a new logo with Korea Intellectual Property Rights Information Service (KIPRIS). The new logo has a 2D design that and the trademark applications date to November 26, 2019. As you can see below, the new Kia logo comes in two colours of red and black. Kia is yet to receive approval from the local authorities and hence, there is still a small chance that the company might not use it in the future. Now, the new logo by Kia Motors isn’t something that has appeared for the first time. The brand has used it on multiple concept models in the past. For instance, remember the Imagine concept that was showcased at this year’s Geneva Motor Show?

Some reports on the internet suggest that this new logo will be used by Kia Motors just for electric and hybrid vehicles. Now, only time will tell if it comes out to be true or not! Once the approval gets done, you can see this new logo on Kia cars in India as well, maybe sooner than you expect. With only one product currently on sale in India, Kia Motors has already started its innings here in a grand style. The Seltos saw a blockbuster sales of over 14,000 units in the month of November 2019.

This makes Kia Seltos see a cumulative sales of 40,581 units in just four months of its launch in India. In the month of October 2019, Kia Seltos toppled the segment leader Maruti Suzuki Vitara Brezza to become the best seller. During the said month, the Brezza was trailing behind the Seltos by a good 2,559 units. Stay tuned with Express Drives for more such updates. For the latest auto news and reviews, subscribe to our official Express Drives YouTube channel.