The new Volkswagen Virtus has been launched in India at a starting price of Rs. 11.21 lakhs, ex-showroom. It is offered in four trims – Comfortline, Highline and Topline and GT. 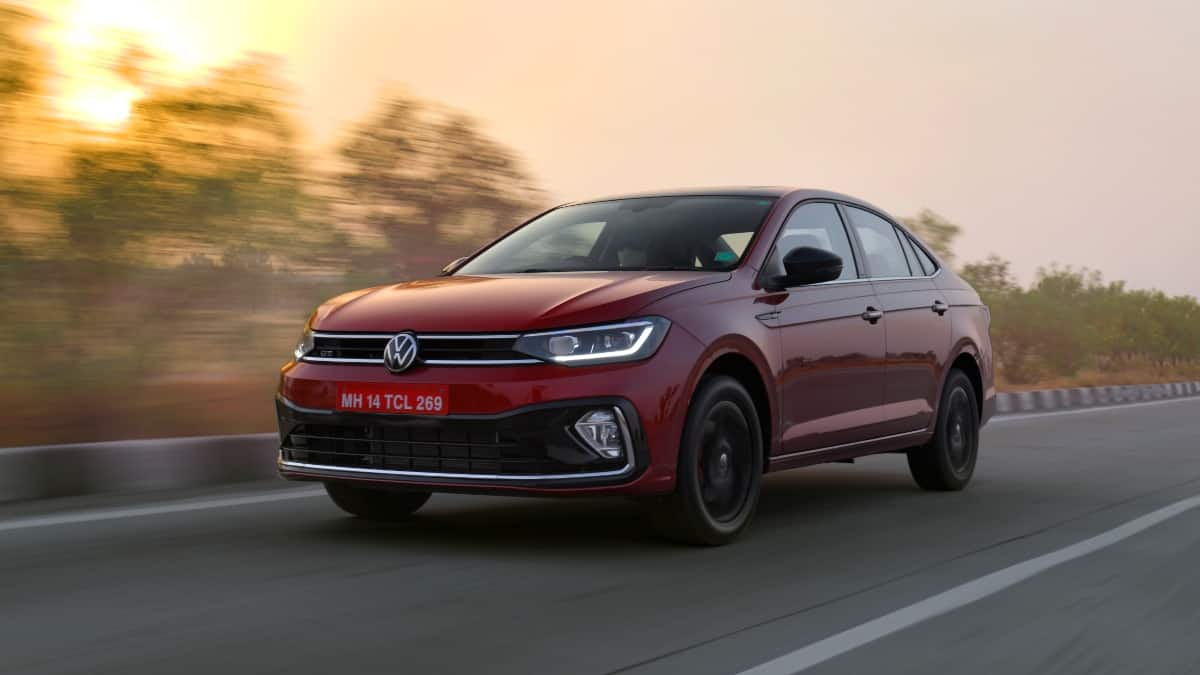 Volkswagen India has launched the brand-new Virtus at a starting price of Rs.11.21 lakhs, ex-showroom going up to Rs. 17.91 lakh for the top-spec Performance-line variant. The Virtus is offered in four trims – Comfortline, Highline and Topline and GT.

The Virtus sedan marks Volkswagen Group’s fourth product under its India 2.0 project, the first one being the Taigun SUV.

In terms of dimensions, the Volkswagen Virtus measures 4,561mm in length, 1,752mm in width, 1,507mm in height, and has a wheelbase of 2,651mm. Although the width, height, and the wheelbase are the same as the Slavia, the Virtus is slightly longer than its sibling.

The Volkswagen Virtus is offered with a choice of two engines – a 115PS 1-litre and 150PS 1.5-litre turbo-petrol engine. The latter gets cylinder deactivation technology, shutting down two cylinders under light load for improved fuel economy. For transmission duties, the 1-litre petrol engine gets a 6-speed manual and automatic, while the 1.5-litre is exclusively available with a 7-speed DSG.

Passenger safety will be taken care of by up to six airbags, electronic stability control, ISOFIX child seat mounts, a tyre pressure monitoring system, and rear parking camera with sensors.

The Volkswagen Virtus rivals other mid-size sedans in the market like the Maruti Suzuki Ciaz, Honda City, Skoda Slavia,  and the Hyundai Verna. Honda City and Hyundai Verna are the only two cars in the segment that also get an option of a diesel engine. The Honda City also gets a hybrid powertrain as well.