Machine Learning – An idea whose time has come 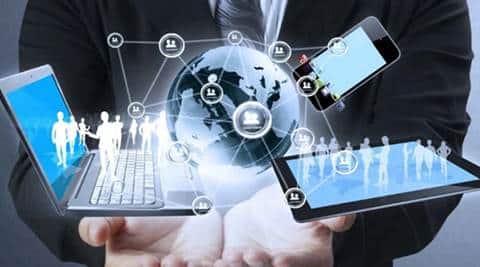 Circa 2016: Google’s Artificial Intelligence algorithm beats a professional player at the world’s most complex board game, “Go”. (Reuters)

Circa 2016: Google’s Artificial Intelligence algorithm beats a professional player at the world’s most complex board game, “Go”. The AlphaGo algorithm, developed by Google DeepMind, manages to win five games out of five in the competition.

The history of Machine Learning is, literally, encapsulated between these two developments. And now, Machine Learning – a sub-set of Artificial Intelligence (AI), where computer algorithms are used to autonomously learn from data and information, and computers do not have to be explicitly programmed as they can change and improve their algorithms by themselves – is on the verge of becoming a mainstream reality. Machine Learning draws from various fields of study – AI, data mining, statistics, optimization, and so forth. A look at the timeline of Machine Learning reveals that it is not a new concept; what is new is its relevance to our daily lives due to data explosion and greater processing power.

The increasing availability of Big Data from ever-expanding sources, including IoT sensors, digitized documents and images, has made machine learning more relevant than ever before. The data is constantly being used to ‘train’ machines and enable them to make accurate predictions and recommendations. As data continues to proliferate, the ability of our computers to process and analyze that data will also increase. Not only that, computers will also increasingly learn from that data.

Some examples of the use of Machine Learning include the recommendation engines built into Amazon and Netflix services, the face recognition capabilities of Facebook, and so on. Cloud service providers such as Microsoft, IBM, Google and Amazon’s AWS unit all have launched Machine Learning services. Smart, data-driven applications are increasingly learning from past data, even as Machine Learning algorithms enable computers to communicate with humans, autonomously drive cars, write and publish sport match reports, and even find terror suspects.

Other applications of Machine Learning include the recommendation systems on social media and supermarkets, streaming analytics (edge analytics, in-stream analytics), cognitive computing (such as IBM’s Watson – the question answering computer system), Google DeepMind’s WLAS tool that recently beat humans at lip reading, and so forth.

The adoption of Machine Learning in organizations is bound to face some challenges. For instance, computation of data, sourcing talent in large numbers, and creating the requisite infrastructure are going to be major tasks that will need attention and resources. Besides, uncertainty, ethical issues, outcome metrics, logistics, budgeting computational resources, training and testing of data sets all pose challenges.

However, there are many opportunities as well. Machine Learning can transform enterprise data into business value, bringing intelligence and additional value to the digital enterprise. In the process, it can also change the relationship between man and machine.

No wonder enterprise software vendors have been investing heavily in this area and have made it a strategic priority. Some companies have decided to eventually make all enterprise applications intelligent. SAP, for instance, is building Machine Learning on the SAP HANA Cloud Platform.

Clearly, Machine Learning is here to stay. Expect further mainstreaming in the days to come.