Want internet to be free from market domination by anyone: MoS MeitY Rajeev Chandrasekhar 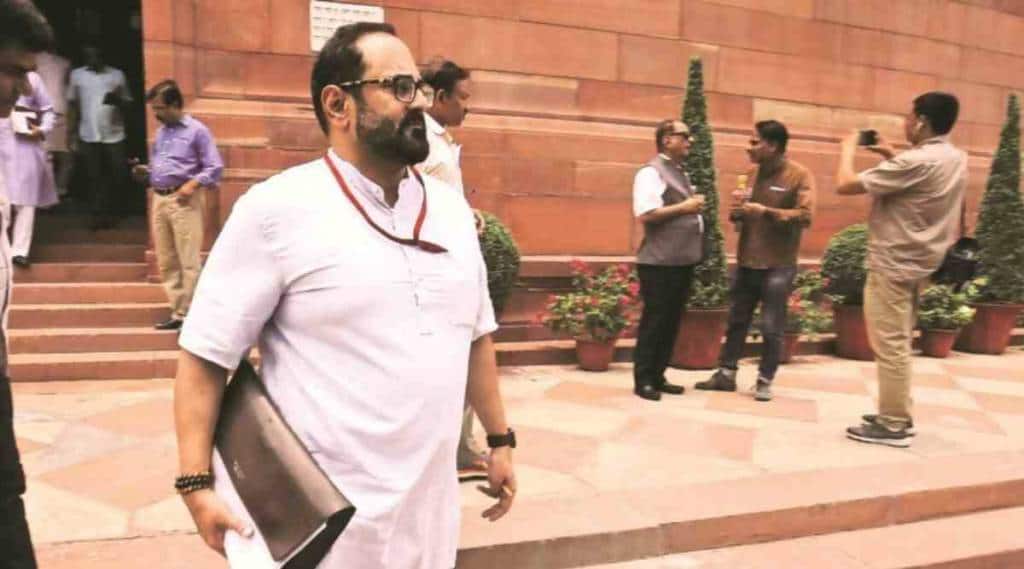 Minister of State for IT Rajeev Chandrasekhar. (Photo source: IE)

Minister of State for Electronics and Information Technology (MeitY) Rajeev Chandrasekhar on Thursday said that the government wants the internet to be free from any market domination.

His comments follow the second fine imposed on technology major Google in the last five days by the Competition Commission of India (CCI) for anti-competitive practices. With a fine of Rs 936 crore on Tuesday, in total the competition watchdog has imposed a fine of Rs 2,274 crore on the company for abusing its dominant market position on its Android mobile app store and Android smartphone operating system.

“Our view is that the internet should always be open and free from market domination by anyone,” Chandrasekhar said on the sidelines of India Space Congress 2022 in New Delhi.

Also read| Lack of safety on internet due to bots, algorithms: Rajeev Chandrasekhar

In its recent ruling on Google, CCI said that Google’s policies obstruct app developers from going with a payment service provider of their choice. Further, it directed the company to cease and desist from its current policies and modify its business conduct. In response, Google has called CCI’s decision a major setback for the company and said it is reviewing the order and evaluating the next steps.

Echoing the government’s target of making India a $1 trillion digital economy, Chandrasekhar said the satellite communication (satcom) sector will play a significant role in that. “Sometimes broadband has limitations, wireless as limitations and satellite is clearly emerging as an inherent part of the blueprint of delivering the internet and delivering quality internet to all citizens of India or enterprise in India,” Chandrasekhar said.

“Our goal is to have 1.2 billion Indians connect to the internet directly through their device by 2025-26 and it will be a combination of all of this (wireless) and the role of satcom and the space segment is an inherent part of it,” he added. Currently, India has 800 million people connected to the internet.

Chandrasekhar also believes satcom and space segment to play an important role in accelerating the emerging semiconductor industry in the country.

“Space and the satcom sectors are going to be interesting, important, and critical use cases or domains that will catalyze startups, catalyze development of devices and electronics in the Indian ecosystem,” he said. In December last year, the government announced the semiconductor scheme with an outlay of Rs 76,000 crore for the development of semiconductor and display manufacturing in the country.

Under the scheme, the government has received proposals worth Rs 1.5 trillion from five companies including Vedanta Foxconn JV, IGSS Ventures, for setting up electronic chip and display manufacturing plants in the country.