Joining the Bangladesh bandwagon to replace ‘Hindu-influenced’ words in the Bengali language with more secular ones, the West Bengal government had replaced the traditional Bengali name for rainbow. 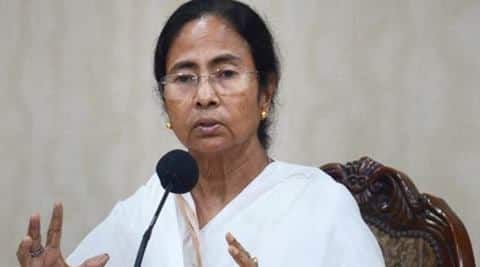 "We are giving relief to the industry. The state has surplus power, skilled and cheap labour, land bank, land map and there is no shortage of land for industry," she said.

Joining the Bangladesh bandwagon to replace ‘Hindu-influenced’ words in the Bengali language with more secular ones, the West Bengal government had replaced the traditional Bengali name for rainbow. Changing the names from the text books of the state, the West Bengal Council for Higher Education had replaced the word ‘ramdhenu’ with ‘rongdhenu. While the Bengali word for rainbow, ‘Ramdhenu’ means Lord Ram’s bow, ‘Rongdhenu’ means bow of colors.

However, in an attempt to replace ‘Hindu-influenced’ words with more Islamised words, Bangladesh had, made the changes long back. Other than the word ‘rainbow’ the Mamata Banerjee government had, in the Class VII’s ‘Environment and Science’ book changed the name of one of the colors of the rainbow. The color, ‘sky blue’, which was earlier called ‘Akaashi’ in Bengali had been replaced with ‘Aasmani’, which is a Urdu word for the color.

With the recent changes in the language, as several linguists criticized the move, with some calling it ‘language-terror’, others had also opined the change of words in the textbooks will teach wrong language to the future generation as the new words are not in the Bengali dictionary.

Many had also claimed the move as politically driven. As the spat between the ruling Trinamool Congress (TMC) supremo Mamata Banerjee and Prime Minister Narendra Modi continues, following the implementation of the demonetisation policy, right-wing organizations in the state had criticized the move, claiming it as an attempt to curb the rise of ‘saffronisation’ in the state.