Although Michael Schumacher lost out to McLaren’s Mika Häkkinen, this car, chassis 187 won all four of the races that it entered. 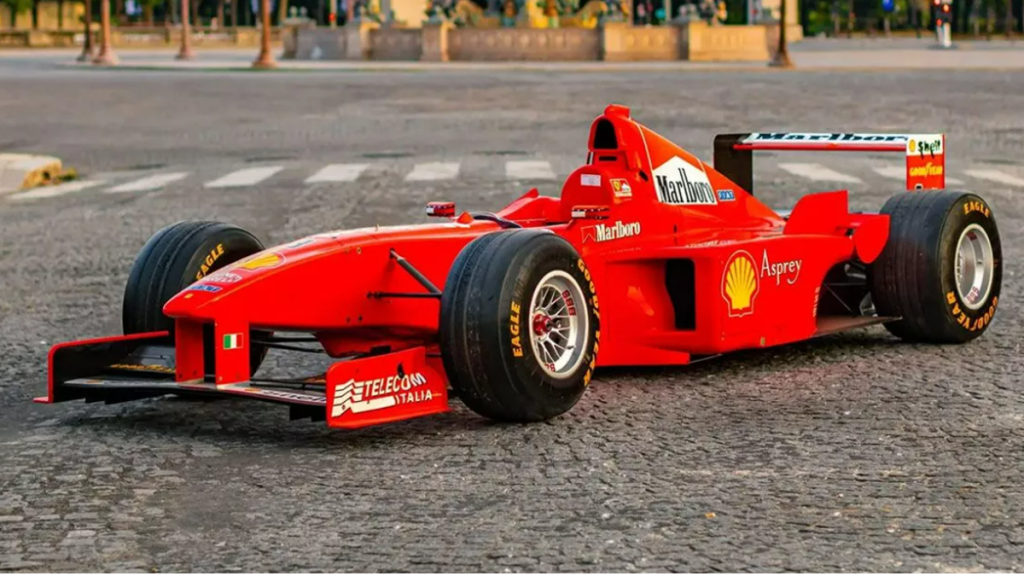 German racing legend Michael Schumacher’s undefeated Formula One car is set to go under the hammer with RM Sotheby’s. The auction is scheduled for August 18-20 in Monterey, California. This absolutely successful car, that Shumacher is believed to have ‘loved like a child’, was driven by the seven-time champion during the 1998 season.

The Ferrari F300 is powered by a 3.0-liter V-10 producing 800 bhp and featured numerous refinements over its predecessors such as a “periscope” exhaust designed to move heat away from the 7-speed sequential gearbox. It also gets sculpted air intakes that gave it a more streamlined look than 1997’s F310B.