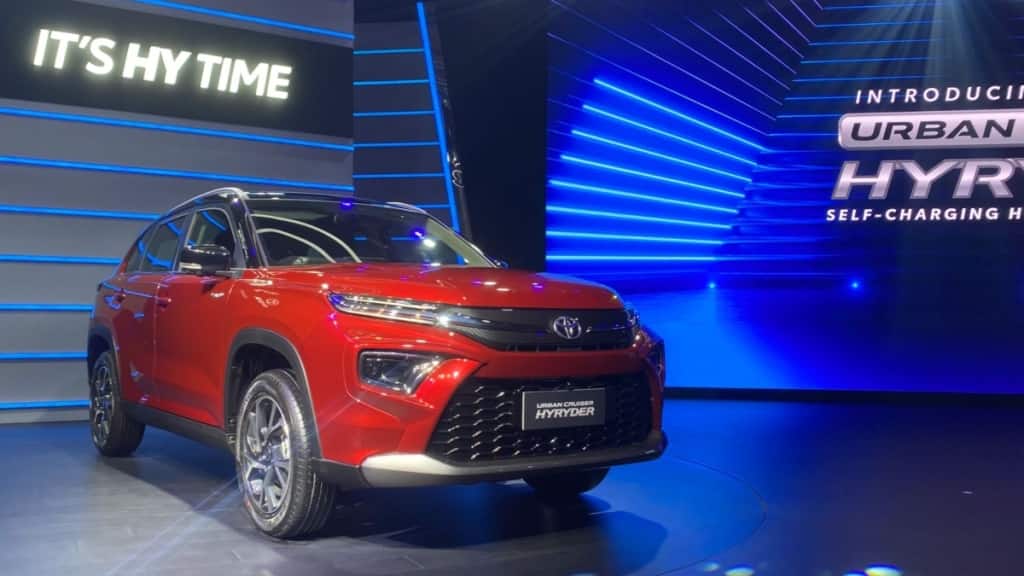 The recently-unveiled Toyota Urban Cruiser Hyryder is a much-anticipated product as it’s one of the vehicles based on the Maruti Suzuki-Toyota partnership. Sharing the same underpinnings as the new Maruti Suzuki Grand Vitara, the Hyryder will be built in Toyota’s facility in Karnataka.

The Toyota Hyryder, similar to the Maruti Suzuki Grand Vitara, will be available in Mild Hybrid and Strong Hybrid variants, which will differ in certain areas, especially with the engine and drivetrain options. Let’s take a detailed look at how they differ.

Coming back to the Toyota Urban Cruiser Hyryder, the compact SUV will share more than just its underpinnings, including engine options, gearbox choices, and even the all-wheel-drive system, making the 2022 Grand Vitara and the Urban Cruiser Hyryder the only two SUVs in this segment to offer AWD.

The Toyota Urban Cruiser Hyryder Mild Hybrid, or Neodrive as Toyota calls it, is available in 4 variants: E, S, G, and V. These are further divided into more variants based on gearbox choices but are based on the same four primary variants.

The Neo Drive variants of the Toyota Urban Cruiser Hyryder are front-wheel-driven, however, the top-spec V variant gets an all-wheel-drive system, similar to the Maruti Suzuki Grand Vitara. This version is only available with a manual gearbox and features four driving modes for the AWD system.

The Strong Hybrid version of the Hyryder, or just Hybrid as Toyota calls it, is available in three variants — S, G, and V. These three variants are not further divided into more trim levels, as they are offered with a standard engine and gearbox, unlike the Neo Drive (Mild Hybrid) variants.

Powering the Hybrid version of the Hyryder is a 1.5-litre three-cylinder engine, paired to a 177 Volt lithium-ion battery pack that develops a combined power of 91 bhp and 1222 Nm of torque. The hybrid motor is mated to a standard eCVT gearbox, and the hybrid package returns a claimed mileage of 27.9 kmpl.

The Hybrid versions of the Toyota Urban Cruiser Hyryder are two-wheel-drive vehicles and have no AWD option. However, they can run on pure EV mode which can be controlled by the user, unlike other Hybrids that are controlled by the computer.

Apart from the differences mentioned above, both versions of the vehicles share a lot in common, including their dimensions, although the Hybrid version of the Hyryder is slightly heavier than the Neo Drive version owing to its lithium-ion battery pack. Also, the Toyota Urban Cruiser Hyryder and the Maruti Suzuki Grand Vitara do share a lot in common and have their fair share of differences.