2017 Hyundai Verna will come with mild-Hybrid technology, enabling it to take on the Maruti Suzuki Ciaz SHVS head-on. 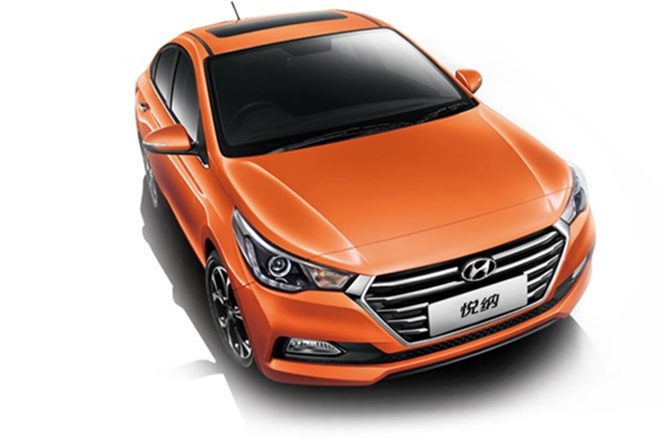 Hyundai showcased the all new Verna at the Chengdu Motor Show in September. It is expected that the 2017 Verna will be launched in India in by next year and will also sport a mild-hybrid System. The only sedan car using a similar technology is the Ciaz SHVS (Smart Hybrid Vehicle by Suzuki), which since its launch has shown good sales in the segment. Partial reasons for the strong sales include, monetary incentive under the FAME ( Faster Adoption and Manufacturing of Hybrid and Electric Vehicles) scheme and higher fuel-efficiency.

The mild-hybrid system is consists of a start/stop system and a larger battery, which converts and stores the energy generated due to friction due to braking. The stored energy is then used during acceleration, thereby reducing the load on the engine and increasing the fuel-efficiency. Under favourable conditions, the technology can improve the fuel efficiency between to 10 to 15 percent.

Hyundai has not revealed any technical specification of the 2017 Verna but it is expected that the Verna’s design will be based on Hyundai’s Fluidic Sculpture 2.0 philosophy. In terms of power, the 2017 Verna is expected to be powered by the same 1.4 litre and 1.6 litre petrol and diesel engines found in the present Verna. However, the engines could be tuned to offer higher power and fuel-efficiency. The engines will be mated to a 5-speed manual, 6-speed manual and 5-speed automatic transmission. Presently, it is not clear as to which engine the mild hybrid technology will be coupled with. If the technology is coupled to the diesel engine, we expect the fuel-efficiency figures to be upwards of 26 kmpl.

The 2017 Verna will be 5 mm longer, 28mm wider and 30mm longer wheelbase than the current model of the Verna. Inside the cabin, the car features could all-black upholstery and a touch screen infotainment system that would be compatible with Apple CarPlay and Android Auto.