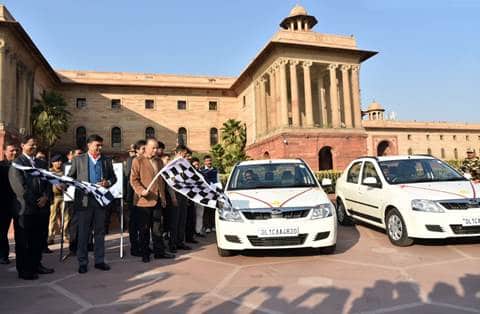 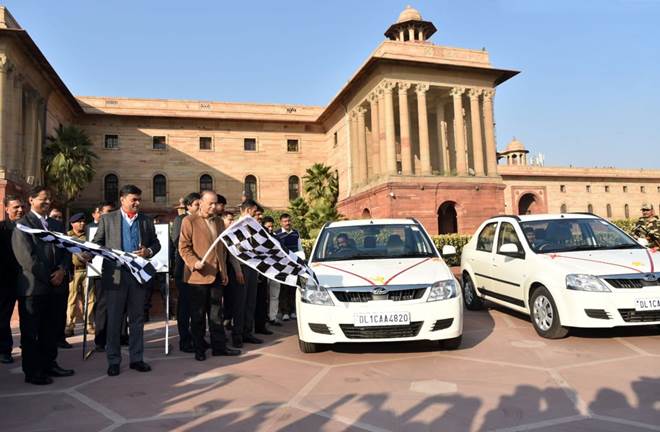 The Department of Economic Affairs, Ministry of Finance, Government of India has just signed an agreement with Energy Efficiency Services Limited (EESL) for the deployment of 15 electric vehicles for their officers. In order to charge these vehicles, a total of 28 charging points that include 24 Slow charging points and 4 Fast Charging Points have been installed at North Block. The distribution of these vehicles is handled by EESL and all of these 15 cars are Mahindra eVeritos as informed by sources close to the development. The other option for electric cars includes the Tata Tigor Electric but EESL hasn’t stated any reason for deploying all Mahindra vehicles in this batch. Arun Jaitley flagged off these EVs at the North Block. With these 15 EVs, Department of Economic Affairs will most likely save over 36,000 litres of fuel every year. Apart from that, a reduction of over 440 tonnes of CO2 is also expected annually. EESL has plans to replace the government’s 5,00,000 conventional internal combustion engine (ICE) cars with electric variants. EESL has also established charging infrastructure across all states where EVs are being deployed.

The Department of Expenditure has issued an office memorandum for all the government offices in Delhi NCR to make a switch to EVs as these offer multiple benefits in terms of safeguarding the environment. EESL says that it has received an encouraging response from Central Government departments and across states. So far, Agreements and MoUs have been signed with Central and State Government departments in Delhi, Maharashtra, Andhra Pradesh, Andaman & Nicobar Administration and Telangana. Further, the inclusion of CCS & CHAdeMO under charging infra standards is set to encourage automakers to offer higher range EVs. This will remove barriers like range and build confidence for EV consumers.