“The path to 100% clean energy mobility can be much simpler and more economical with aluminium fuel cells than it is with any other technology like lithium-ion,” says Akshay Singhal, Founder, Log 9 Materials. 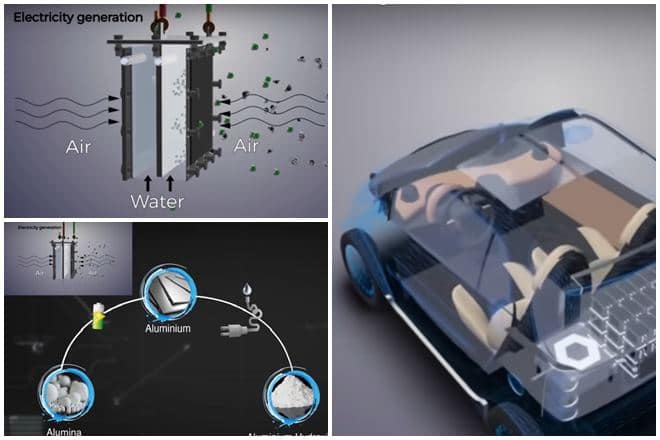 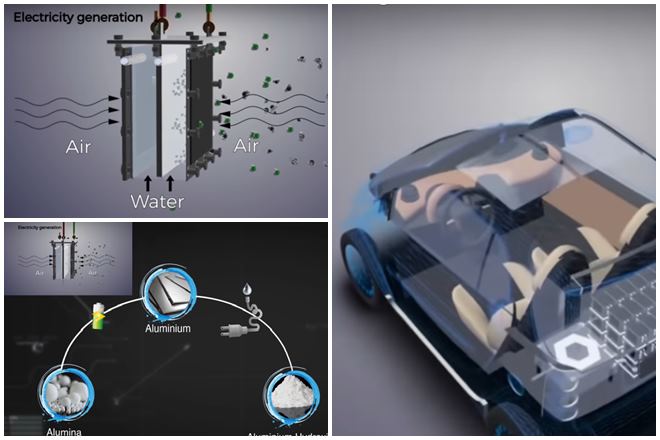 The race was about top speed or luxury when it came to premium cars with big price tags and it was about greater fuel economy when it came to mass-market cars. And there is still ample focus on these subject matters, but clean mobility occupies the centre stage of every car manufacturer’s agenda today. From Hyundai to Porsche, they now all have plug-in electric car models in their lineup – even Ferrari builds hybrid cars of which the SF90 Stradale is a PHEV that can run on battery only as well. But all of these vehicles depend on lithium-ion battery packs and while battery tech has come a long way – range anxiety and charging time still remain reasons that deter people from opting for EVs.

A Bengaluru-based startup called Log9 Materials believes that the key is to focus on energy-generation, instead of energy storage. Log9 Materials say that a car powered by aluminium fuel cells can have a range of 1000 km post which the aluminium plates can be replaced within minutes. We spoke with Akshay Singhal, Founder, Log 9 Materials, to learn more.

You may have read about a Mahindra e2o Plus seen scampering along the streets of Bengaluru and that it runs on aluminium and water. This is the technology in question that challenges the EV industry to snap out of energy storage.

For over a century, cars have depended on energy-generation through internal combustion engines that use petrol or diesel. And now, all that needs to be done is to replace the method of energy generation to cleaner ways that lead to no harmful emissions. Enter, the ‘wonder material’ called graphene.

Another benefit of this technology is that the aluminium plates are exhaustive in nature and at the end of their useful life, they turn into an oxidised powder than can be sweltered into aluminium plates again. Hence, that actually makes the spent fuel recyclable.

“The path to 100% clean energy mobility can be much simpler and more economical with aluminium fuel cells than it is with any other technology like lithium-ion,” says Akshay Singhal, Founder, Log 9 Materials.

Singhal explains that the application of EVs in public transport can be improved with aluminium fuel cells. For example, he says, that if a bus that weighs 10 tonnes is electrified through lithium-ion tech, it’ll need battery packs that further add 2-2.5 tonnes of weight and even so it would have a range of about 100 km. On the other hand, since energy per kg in aluminium fuel cells is about 7-8 times more – in the same 1.5-2 tonnes, aluminium fuel cells can promise a range of about 500-600 km. Furthermore, aluminium plate replacement would take minutes compared to hours of charging time for lithium-ion batteries.

Speaking of aluminium plate replacement, Singhal opines that there would have to be replacement centres set up and that the cost of setting these up would be far lower than traditional fuel filling stations and electric charging stations since there is no specific infrastructure required like it is in the case of fossil fuels or electric charging. While an electric car currently needs some 6-7 hours to charge or 2-3 hours on fast charging, aluminium plates would take minutes to replace.

Also read: 480 km range in just 10 minutes of charge! New electric car battery that could be charged even faster

Singhal explains that aluminium fuel cell technology can be further cost-effective since a drive system based on this tech does not require a separate cooling system. One of the main components of these fuel cells is water which constantly flows through the system keeping the temperatures in check.

A team of 45 people at Log9 Materials is working towards getting the aluminium fuel cell tech on the road and is expected to roll it out in the market by the end of this year. Singhal told us that the start-up is already in talks with OEMs which have expressed interest in the technology and are likely to begin trials in the first quarter of the coming financial year. We will be working closely with Log9 to bring you the developments in this technology and its application in the real world.