UM motorcycles are looking to rebound after a shaky start in the Indian market, they will do so with the launch of two new made-in-India motorcycles that will appeal to the aspirational youth of the nation. 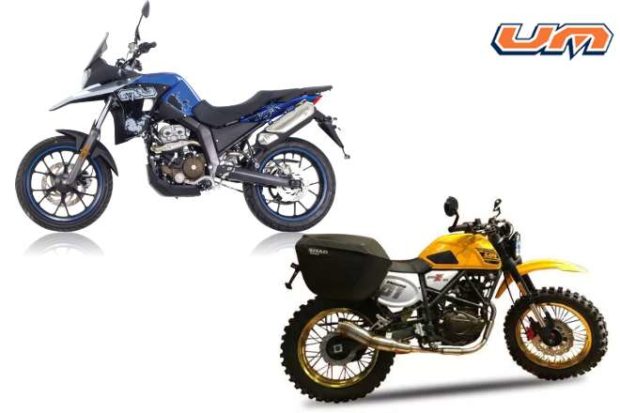 UM Motorcycles came to India in 2014, and they haven’t really been off to the best start. With initial build quality issues and a lot of negative press, UM is now looking to change their fortune and their image in India. We spoke to UM’s India CEO Rajeev Mishra about how they intend to go about it.The first order of business for UM in India will be to shift from a CKD model to a Make In India model. At present, UM has signed an MOU with the Andhra Pradesh government to set up a plant in the state, just outside Hyderabad for the manufacture of UM motorcycles. Additionally, Rajeev Mishra assures that following initial complaint UM has since made more stringent manufacturing standards and some changes to make the motorcycles more reliable to ride and own. According to Mishra, the updates have been welcomed by their customers and they expect this will renew their commitment to be a strong two-wheeler brand in India. Mishra points out that many other brands have faced teething issues in their initial years, and that UM has been quick to pick up on complaints and provide solutions to their customers. Quicker, says Mishra than others in that share his market space.

UM motorcycles have now earned a reputation for being one of the few small-capacity cruisers in India aside from Bajaj and Suzuki. Mishra says their initial estimations had seen a promising market for a small-capacity cruiser, but once they were in the market to sell, they realized that cruisers had their sights on middle-aged customers rather than the young populace that UM was targeting. The remedy according to Rajeev Mishra, who does not intend to pull out of the cruiser business is to diversify. With that in mind UM are working on two more premium-ish motorcycles for India that will be made in India, for India! The first model will be an Adventure Tourer motorcycle, that is likely to be sold with the same 223 cc motor as the UM Renegade but with a different state of tune. If UM India will be looking to their global counterparts for inspiration one could expect the motorcycle to be based on the likes of DSR range on sale now. In international markets, the UM DSR with the 223 cc motor makes around 15 hp and 20 Nm of torque, it is safe to expect similar specs when the bike does come to India.

The second motorcycle will be a Scrambler, however, is likely to sport a bigger motor although it will not breach the 300cc mark. The strange thing is that UM does not have a Scrambler in their entire global portfolio, so it is possible that Mishra will be looking to develop the Scrambler on an existing platform in India. When asked about the pricing of the bikes, Mishra said UM had their sights set on the aspirational part of the Market and therefore could not be priced above 2 lakh.

Now, UM was also one of the first bike manufacturers to showcase an electric motorcycle at the 2018 Auto Expo. The UM Thor, however, Mishra still feels like India is still not ready for electric bikes, especially since batteries are one of the most expensive components on E-bikes and India does not yet have a supplier for bike spec lithium-ion batteries. To put that in perspective, the UM Thor came with a projected price tag of Rs 9 lakh! However, despite this UM motorcycles are working to be electric ready once the technology and the prices will allow for aspiration users to buy it.