The brochure and accessories of the upcoming Royal Enfield Scram 411 have leaked online ahead of its official launch. It will be a more road-biased version of the Royal Enfield Himalayan. 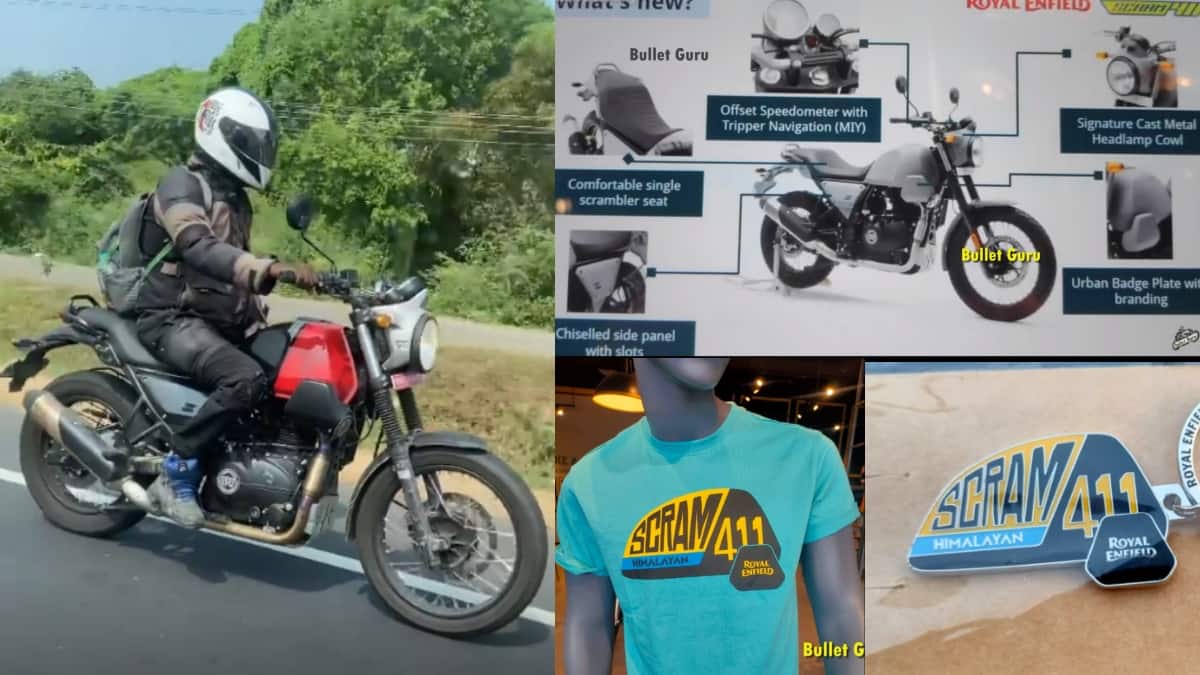 The leaked brochure of the motorcycle reveals some key features and specifications of the Scram 411. For starters, RE’s new tourer will share its hardware and mechanicals with the Himalayan. It will be powered by a 411cc, single-cylinder, SOHC, air-cooled, fuel-injected engine. This motor churns out 24.4 hp of power and 32 Nm of peak torque in the Himalayan. The power figures are likely to remain unchanged and it will be mated to a 5-speed gearbox.

In terms of styling, the Scram 411 will get some visual changes to distinguish itself from the Himalayan. For instance, while the Himalayan gets a long windscreen, the Scram 411 will get only a small visor, and that too as an accessory. Moreover, it will get a single-piece seat, a cast metal cowl around the headlamp, an offset speedometer with a tripper navigation pod, an aluminium sump guard, and many more goodies.

In terms of hardware, the Scram 411 will get telescopic front forks and a mono-shock absorber at the rear. For braking duties, it will feature disc brakes at either end with dual-channel ABS. Also, it will get a smaller 19-inch front tyre, compared to the 21-inch unit of the Himalayan, while the rear tyre will be the same 17-inch unit. The new Royal Enfield Scram 411 is expected to be launched in India by early March 2022 and it might be priced under Rs 2 lakh, ex-showroom.