We have known for a while, that Mahindra would lead a resurrection of sorts for the Jawa brand in India. We reported earlier this year that Jawa motorcycles would in-fact start production of these motorcycles in India out of their Pithampur facility in India in July. 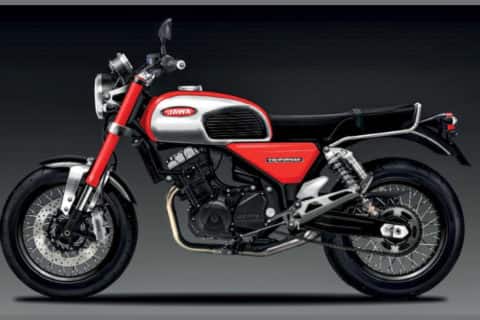 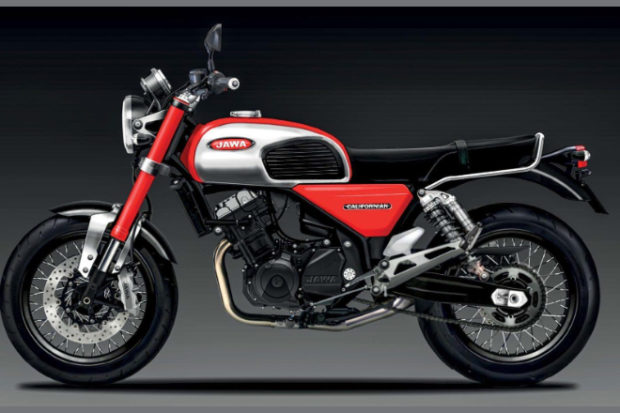 We have known for a while, that Mahindra would lead a resurrection of sorts for the Jawa brand in India. We reported earlier this year that Jawa motorcycles would in-fact start production of these motorcycles in India out of their Pithampur facility in India in July. Being just a few days away, Anand Mahindra started the day with a tweet that seemed to reach out to the motorcycling community. The tweet contained a meme set to a picture of a motorcyclist in the rain, bearing the quote “Life isn’t about waiting for the storm to pass, it’s about learning to ride in the rain”; Mahindra tweeted that instead of dancing in the rain, the reason he’d chosen this particular meme since Jawa’s return was imminent and the brand was strong on his mind.

We all know about the advice to ‘Dance in the rain..’ But with Jawa’s imminent resurrection you can’t blame me for pushing this avatar of the quote… https://t.co/JUGcprTLfE pic.twitter.com/lCBtX6fEQN

Mahindra two-wheelers proprietor of Jawa and BSA bikes is scheduled to start production by July 2018, the bikes which will be modelled around the Jawa 250s of the past will enter the markets with their cross-hairs firmly focused on Royal Enfield. Up until now there’s is no clarity on the exact specifications of the Jawa bikes will be, what we do know is that the brand will try to build on the Jawa’s retro appeal, a formula that has worked well for the likes of Royal Enfield, which was one of Jawa’s original rivals before the company left India in the early 80s.

The Jawa 350 that was launched last year in international markets sets the precedent of what we should expect from Jawa. The motorcycles get two engine options a 350cc twin-cylinder two-stroke and a 400cc four-stroke single cylinder, however, both will still carry the 350 badge. Since two-strokes are banned in India, we are likely to get the single cylinder unit which makes 26 hp and 32 Nm of torque. While the bike will top out at 120 kmph.To keep it in line with tradition, the Jawa 350 will be paired with a 4-speed manual gearbox, and the Jawa 150 kg kerb weight should allow it maintain its original dynamic character, which is what bested the REs of yesteryear as well. The Jawa will make it to India pre-set with Euro IV norms, a 17-litre long range tank, twin exhausts a 19-inch front and 18 inch rear wheels. However, the big difference will be the addition of disc brakes on both bikes.