Russia probably aims to exert strong political and economic influence on Ukraine’s southern region of Kherson in the long term, after ruling out its return to Ukrainian control and initiating a currency switch to the rouble, Britain said 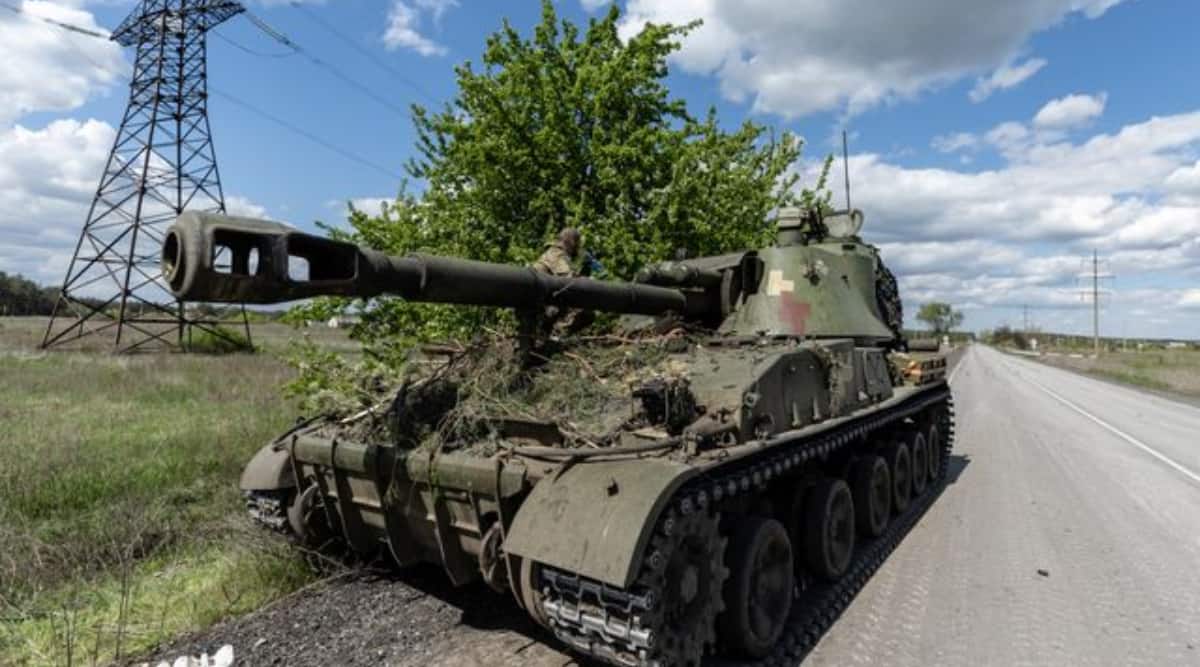 Ukrainian soldiers stand on top of a tank, amid Russia's invasion of Ukraine, in the frontline city of Lyman, Donetsk region, Ukraine. (Reuters photo)

Russia-Ukraine War Latest Updates: Ukrainian President Volodymyr Zelenskiy on Sunday said that he met US House of Representatives Speaker Nancy Pelosi in Kyiv. Meanwhile, Russia has claimed that Ukrainian forces have attacked its own citizens in Kherson. Moscow said that several non-military individuals were killed in the Sunday shelling in southern Ukraine.

Here’s what’s making news on the 66th day of the Russian-Ukraine war:
1: In his latest national address, Ukrainian President Volodymyr Zelenskiy describe the situation in Mariupol as grim. He said that Russian forces were acting in ‘more cynical’ ways than the Nazis 80 years ago. He described the current conditions in Mariupol as the ‘Russian concentration camp.’ Zelenskiy also slammed Moscow for attacking Kyiv during the visit of United Nations Secretary General António Guterres. He said that the missile assault was a brutal humiliation of the United Nations.
2: In a startling claim, Ukraine’s agriculture minister Taras Vysotskiy says that Russian troops have stolen several hundred thousand tonnes of food grain from the storage facilities.
3: The British military update on Saturday says that Russia is merging and redeploying its units after failed attempts in the northeast Ukraine. In coming days, Russian troops would geographically concentrate their combat power for better tactical coordination, the UK defence department said in its daily update.
4: After use of hypersonic missile, Russia on Saturday confirmed that it used a diesel submarine deployed in the Black Sea to attack Ukraine’s target with Kaliber cruise missiles. This is the first time that Moscow has admitted use of its submarine fleet in the ongoing conflict.
5: In a remark that may snowball into yet another controversy, Russia’s foreign minister Sergei Lavrov ha claimed that over a million Ukrainians were ‘evacuated’ and taken to Russia since the so-called ‘special military operations’ that began on February 24 earlier this year. Previously, Ukraine has alleged Russia of forcefully taking people across the border.