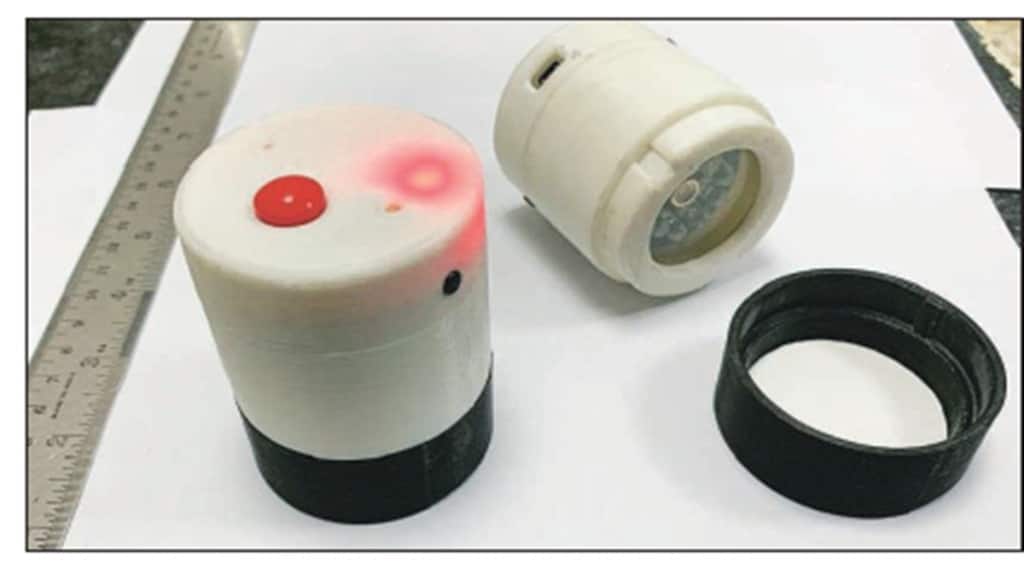 The device can test up to 1 lakh soil test samples, which is the highest testing capability of a soil testing device among its predecessors.

In a first, IIT Kanpur has developed a portable soil testing device that can detect soil health in just 90 seconds through an embedded mobile app. The rapid soil testing device will assist individual farmers for obtaining soil health parameters of agricultural fields with recommended dose of fertilisers. The technology titled ‘Portable Soil Testing Device’ or ‘Bhu Parikshak’ has been transferred to agritech company AgroNxt Services with the objective of commercial bulk production of the device, eventually benefiting the farmers.

This first-of-its-kind novel invention is based on near infrared spectroscopy technology that provides real-time soil analysis report on smartphones with an embedded mobile app named ‘Bhu Parikshak’ available on Google Play Store. The device can detect six important soil parameters; namely—Nitrogen, Phosphorus, Potassium, Organic Carbon, Clay contents, and Cation Exchange Capacity. It also recommends the required dose of fertilisers for different crops. The app is accessible in several local languages, and with a simple user interface such that even a school student can easily handle the device and the mobile app. The device can test up to 1 lakh soil test samples, which is the highest testing capability of a soil testing device among its predecessors.

Abhay Karandikar, director, IIT Kanpur said, “Farmers are our caretakers. But they face a lot of hardships. One such hardship is getting their soil tested and waiting for the results for days.”The invention has been developed by a team of inventors at IIT Kanpur, consisting of Jayant Kumar Singh from department of chemical engineering, Pallav Prince, Ashar Ahmad, Yashasvi Khemani and Mohd Aamir Khan. The idea for the invention arose from the general observation that a farmer has to wait upto a fortnight for getting the soil health cards from distant district soil testing laboratories.

The portable and wireless soil testing device requires a mere 5 grams of dry soil sample for detecting macronutrients present in the soil. Once the soil is poured into the 5 cm long cylindrical shaped device, it connects itself with the mobile through Bluetooth, and starts analysing the soil for 90 seconds. After the analysis, the results appear on the screen in the form of a soil health report, which is accessible on Bhu Parikshak cloud service with unique ID. The report also comes with a recommended dose of fertilisers.