This is an entry-level Android tablet that can do some entertainment on the go thanks to its big screen and quad speaker setup. 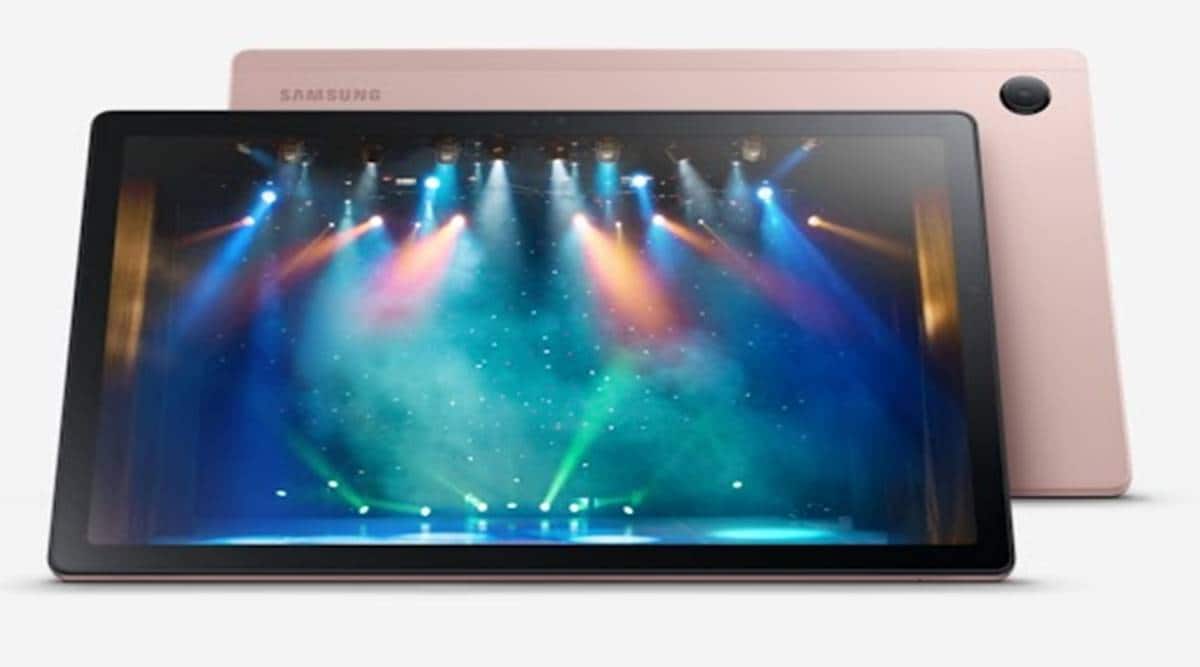 The tablet also enables the functioning of Drag & Split from One UI 3.1.1 that was launched by the company in 2020 Galaxy flagships a few months back. The new tablet has been launched with Android 11.

Samsung has launched the Galaxy Tab A8 2021 refresh with a bigger screen, faster chip and more. This is an entry-level Android tablet that can do some entertainment on the go thanks to its big screen and quad speaker setup. Alternatively, it can also be an education device for online classes allowing a video conferencing solution on a budget with its 5MP front/8MP rear camera setup.

The screen improvement in the tablet is in the form of the new 10.5-inch LCD screen which has 1,920 x 1,200-pixel resolution. The screen also has the 16:10 aspect ratio, which is expected to provide more vertical room to the display and slightly more vertical room compared to the previous model of Tab A7.

So far as the built-in entertainment features go, the new Tab A8 comes with the offer of Samsung TV Plus which provides streaming of 200+ free channels. The buyers also get two months of YouTube Premium subscription for free.

What enables the tablet to function as a work/school tablet are features including split-screen multitasking and floating windows. The tablet also enables the functioning of Drag & Split from One UI 3.1.1 that was launched by the company in 2020 Galaxy flagships a few months back. The new tablet has been launched with Android 11.

Samsung has claimed that the new chipset provides higher CPU performance and faster GPU by up to 10 percent. While the company has refrained from announcing the name of the chip which it has used in the device, unofficially reports have suggested that a Unisoc Tiger T618 has been used in the device. The previous Tab A model consisted of the Snapdragon 662 chip.

Other major features of the new Tab remain the same including 3GB of RAM and 32GB storage. It is pertinent to note that a microSD slot has also been made available with the device which means that users who don’t need extremely fast storage can save some money. On the camera front, the device has been endowed with a 5MP front camera and an 8MP camera on the back side.

The company has decided to sell the Tab A8 2021 in two versions namely- Wi-Fi model and the LTE model. The device has also been backed up by a battery of 7040mAh and is supported by 15 W fast charging. The new Samsung Galaxy Tab A8 is going to be available in the European markets beginning from later this month. The US and other world markets are only going to see the device land up in January next year.

Next Story
WhatsApp may soon allow group admins to delete messages for everyone to curb spread of fake news, misinformation