A bipartisan group of 130 US lawmakers led by influential Indian-American Congresswoman Pramila Jayapal has urged the Trump administration to continue granting work authorisation to certain dependent spouses of non-immigrant workers holding H-1B visas, the most sought-after among Indian IT professionals. 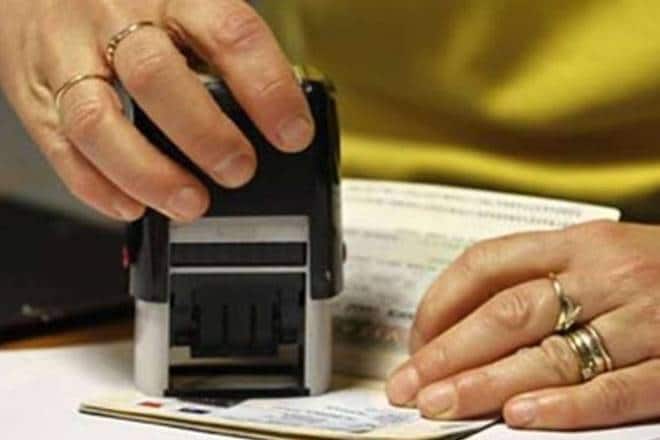 H-4 visas are issued to the spouses of H-1B visa holders, a significantly large number of whom are high-skilled professionals from India. (Image: Reuters)

A bipartisan group of 130 US lawmakers led by influential Indian-American Congresswoman Pramila Jayapal has urged the Trump administration to continue granting work authorisation to certain dependent spouses of non-immigrant workers holding H-1B visas, the most sought-after among Indian IT professionals. The Trump administration is planning to end the Obama-era rule allowing spouses of H1-B visa holders to work legally in the US, a move that could have a devastating impact on more than 70,000 H-4 visa holders, who have work permits. H-4 visas are issued to the spouses of H-1B visa holders, a significantly large number of whom are high-skilled professionals from India. The letter by US lawmakers to the Secretary of Homeland Security Kirstjen Nielsen comes weeks ahead of the Trump administration’s formal move to rescind the rule granting these spouses work authorisation in June.

“The opportunity for H-4 visa holders to work has made our economy stronger, while providing relief and economic support to thousands of spouses, mostly women, who have resided in the United States for years,” the letter said. “Many are on the path to permanent residency and would already be permanent residents if not for the decades-long employment backlogs. Rescinding the rule will hurt the competitiveness of US employers and the US economy, as well as H-4 accompanying spouses and their families. We strongly urge you to reconsider this action,” said the lawmakers. Signed by 130 lawmakers from both the Republican and the Democratic Party, a copy of the letter dated May 16 was released to the press.

“We write to urge you to maintain the current regulation granting work authorisation to certain H-4 dependent spouses of H-1B non-immigrant workers,” the letter said. According to a recent Congressional report, a staggering 93 per cent of the total H-4 visa holders in the US having work authorisation are from India. Providing work authorisation for accompanying spouses helps US employers recruit and retain highly-qualified employees, putting US policy on par with other countries, such as Canada and Australia, competing to attract talented foreign nationals, the lawmakers argued.

“A second income can help provide for children’s basic needs and offer such children, many of them American-born citizens or future US citizens, increased opportunities for success. This additional income also contributes to our economy by raising the families’ disposable and taxable income,” the lawmakers said. The Congressmen said H-1B workers and their families are most successful when their spouses have the ability to contribute to their household income and economy, and the freedom to use their skills and pursue their goals.

“It is an American value that everyone, regardless of gender, deserves to be able to use and enhance their skills, be financially self-sufficient, thrive mentally and physically, and pursue their dreams,” they said, adding that the majority of H-4 spouses are women, and their inability to work widens an already existing gender inequality gap. For some, the inability to work, pursue one’s goals, or contribute to one’s family can lead to a loss of self-worth and depression, which greatly impacts the H-1B holders as well as their family members. “While our immigration system certainly needs reforms—including fixes to the employment and family backlogs that keep H-4 spouses from transitioning to permanent residency—depriving spouses who live in the US for decades of work authorisation is not the way forward. We urge you to maintain the rule allowing certain H-4 spouses work authorisation,” the lawmakers wrote.

As of December 25, 2017, US Citizenship and Immigration Services had approved 126,853 applications for employment authorisation for H-4 visa holders. These count all approvals since May 2015 when the rule was implemented. This number includes 90,946 initial approvals, 35,219 renewals, and 688 replacements for lost cards. H-4 visa holders had obtained work permits under a special order issued by the previous Obama administration. Indian-Americans were a major beneficiary of this provision. More than 100,000 H-4 visa holders have been beneficiary of this rule. A 2015 rule issued by the Obama administration allows work permits for spouses who otherwise could not be employed while H-1B visa holders seek permanent resident status — a process that can take a decade or longer.