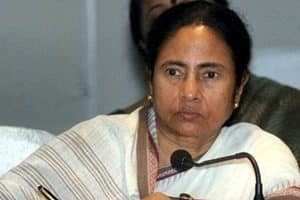 It’s a shot in the arm for PM Narendra Modi-led NDA government, with West Bengal Chief minister Mamata Banerjee saying that TMC will support the Goods & Services Tax (GST) Bill. “We have ideological differences with BJP but we will always support on issues that are beneficial to the people. We will support GST,” Mamata said after a resounding win in the West Bengal assembly elections.

The GST Bill has been stuck in the Rajya Sabha, and despite repeated attempts by the government, Congress has blocked its passage its passage in the upper house. Mamata’s support raises hope that BJP will face less resistance in Rajya Sabha, where Congress and its allies still hold a significant presence.

The announcement of Mamata Banerjee’s support comes within days of Finance Minister Arun Jaitley’s stance that the government will introduce the GST Bill in Parliament irrespective of whether Congress is supportive or not. “I am trying my best to talk to them (Congress), so that they can come around. And if they don’t, then, we’ll have no option but to put it to vote,” Jaitley has said.

On its part Congress has refused to relax the conditions it has laid down for backing the passage of GST. The proposed reform seeks to replace a slew of federal and state levies, transforming the nation of 1.2 billion people into a customs union.

Congress, the original author of the tax reform, said it would back the bill if the government agreed to cap the tax rate at 18% and create an independent mechanism to resolve disputes on revenue sharing between states.