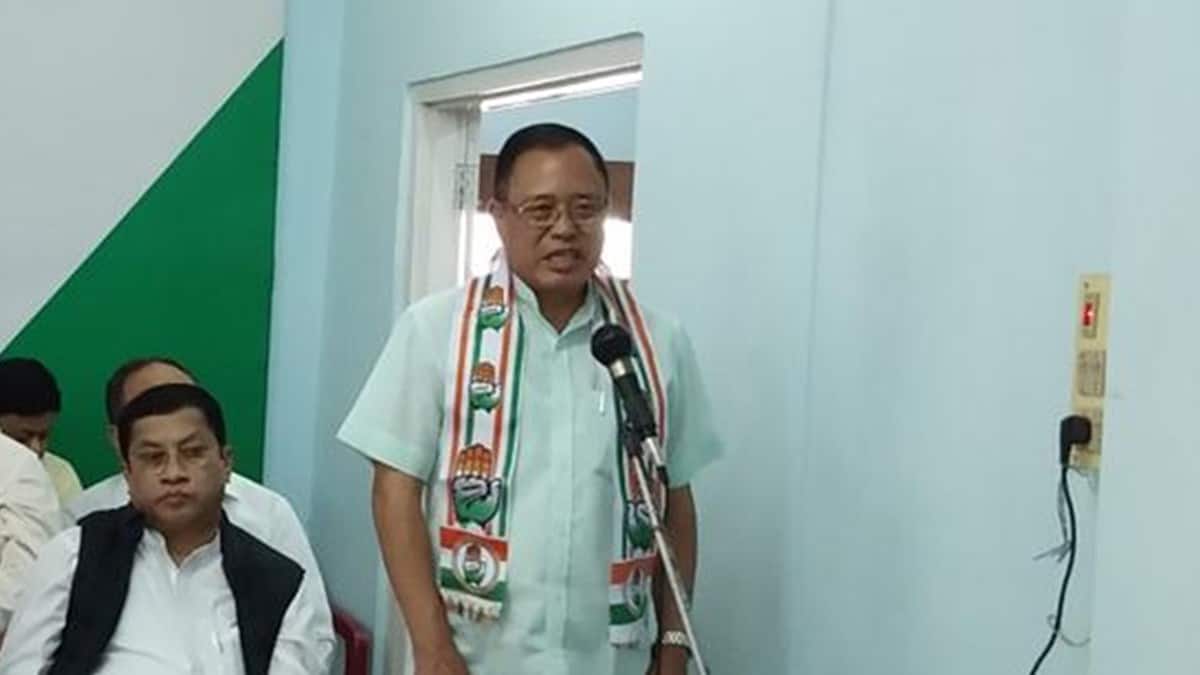 Korungthang, who submitted his resignation to the Speaker, was expected to resign from the Congress, the party acted first and expelled the legislator today.

In a setback for Congress in poll-bound Manipur, party MLA and state working president D Korungthang resigned from the Manipur Legislative Assembly yesterday. Korungthang, who submitted his resignation to the Speaker, was expected to resign from the Congress, the party acted first and expelled the legislator today.

Congress in-charge of Manipur, Bhakt Charan Das today issued the order removing Korungthang from the party. “From the last many days, we are continuously receiving reports from the Congress workers and leaders of Tengnoupal assembly constituency about your anti-party activities. This information and news has been coming since last one month. AICC has received evidence of your involvement in anti-party activities. Hence, we are forced to take a call on this subject and further remove you from the post of Manipur PCC Working president and suspend you from the Congress party,” reads the letter signed by Das.

According to media reports, Korungthang is likely to join the NPF.

Tengnoupal assembly seat is a tribal-dominated seat and is reserved for Scheduled Tribes. The seat is among 19 with a significant tribal presence. In the 2017 Manipur Assembly Election, the Congress had won nine seats, BJP and NPF four each and NPP had bagged two seats.

There are 60 seats in the Manipur assembly. The ruling NDA in Manipur constitutes the BJP, National People’s Party (NPP) and Naga Peoples’ Front (NPF). While the parties are in alliance, in the recent past, NPP and the NPF have hinted that they might contest the polls next year on their own. The Manipur Assembly Elections are scheduled to be held around March this year.