PM Narendra Modi visit to Israel: In 1947, Zionist leaders approached Einstein to “work a miracle” to persuade India to support the setting up of a Jewish state. 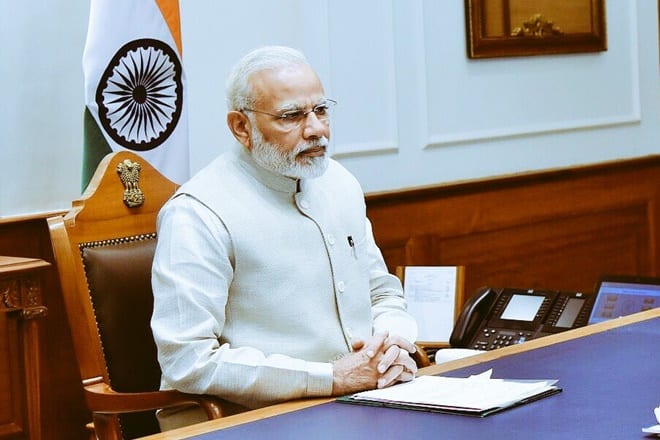 PM Narendra Modi visit to Israel: For how long can a country afford to be ambivalent towards a strategic partner? For how long can a country gain from another nation but not give it the due respect it deserves? In the international arena, a country accords due respect and recognition to another country by establishing a diplomatic mission on the latter’s land and by visits of its top leadership. When it comes to India and Israel, it is well established that Tel Aviv is a strategic partner of New Delhi. There can be no bigger proof of this than the fact that Israel supplied arms to India on at least four critical moments of its independent history, even as the so-called big allies of the world looked the other way, in 1962, 1965 and 1971 and 1999.

India formally recognised Israel as a sovereign nation way back in the 1950 but it took four decades to establish full diplomatic relations in 1992 and 67 years for an Indian premier to visit the Jewish nation, which has survived and flourished in a hostile environment so far. In between the years, Israel became one of India’s biggest defence, technology, knowledge and trade partners in the world. These are set to reach new heights in the coming years.

One may find it surprising as to why it took so many years for India’s top leadership to visit Tel Aviv, the seat of power in Israel. The best answer to this can be given in one word – DILEMMA.

Should India openly accept Israel as a partner at the cost of antagonising other powerful Arab nations, that are allies and also host millions of Indian nationals, or not? India’s first Prime Minister Jawaharlal Nehru couldn’t answer this in favour of Israel. Even Albert Einstein’s historic letter appealing Nehru to stand for the Jewish cause couldn’t make the latter change his mind.

In 1947, Zionist leaders approached Einstein to “work a miracle” to persuade India to support the setting up of a Jewish state. According to The Guardian’s analysis of Einstein’s correspondence with Nehru, then India’s PM-designate, the world famous scientist, described as a “reluctant Zionist” by the British daily, wrote a four-page letter to Nehru on June 13, 1947.

“The advent of Hitler underscored with a savage logic all the disastrous implications contained in the abnormal situation in which Jews found themselves. Millions of Jews perished… because there was no spot on the globe where they could find sanctuary… The Jewish survivors demand the right to dwell amid brothers, on the ancient soil of their fathers,” Einstein is quoted as saying by The Guardian in the letter.

The scientist appealed to Nehru to ignore “the rivalries of power politics and the egoism of petty nationalist appetites” and support the “glorious renascence which has begun in Palestine.”

Nehru, however, couldn’t accept Einstein’s request. The Indian Prime Minister had to then look after a soon-to-be-born nation, bracing for the partition on communal lines and where a large and powerful Muslim minority opposed Zionism. As an infant nation, India couldn’t afford to antagonise other powers of the world as it would have needed foreign support in case of any crisis.

Nehru explained to Einstein his dilemma, saying national leaders have to “unfortunately” pursue policies that are “essentially selfish”. “Each country thinks of its own interest first…” Nehru’s reluctance to stand with the Zionist cause proved fruitful for the time being as Pakistan forced a war on India in the same year and Nehru had to approach the United Nations, where it required the support of all nations, including the 13 Muslim-majority Arab nations.

India recognised Israel formally in 1950 after the latter was accepted by the UN. But the Nehruvian dilemma continued to guide India’s Israel Policy until 1992 when India set up a full diplomatic mission in Israel. But then, it took another 25 years for India to grant Israel, a technological powerhouse of the present-day world, the respect it deserves.

PM Modi’s visit to Israel today marks an end to India’s Israel dilemma and the rise of a confident India, which can afford to have good ties with all countries, including Israel’s rival Palestine, on its own terms, or what is in its “selfish” national interest, as Nehru would have said.