NSG meet in Vienna: Why India is unlikely to bag the Nuclear Suppliers Group membership, for now

India is unlikely to bag the crucial Nuclear Suppliers Group (NSG) membership during the Vienna meet on November 11-12. 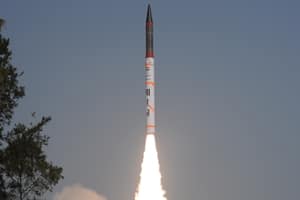 Rafael Grossi, the special envoy appointed by NSG is expected to propose a two-step process which would allow for the membership of non-NPT (Nuclear Proliferation Treaty) members.

India is unlikely to bag the crucial Nuclear Suppliers Group (NSG) membership during the Vienna meet on November 11-12. But, that does not mean that all doors for the country are closed. According to a report in ToI, Rafael Grossi, the special envoy appointed by NSG is expected to propose a two-step process which would allow for the membership of non-NPT (Nuclear Proliferation Treaty) members. China is the biggest opponent to India’s entry bid and while it has indicated willingness to continue talks on the issue, all attempts at convincing the Indian neighbour have failed so far.

Chinese foreign ministry spokesperson Hua Chunying has indicated that the country will seek a solution that will apply to all non-NPT countries. This statement also underlines China’s support for Pakistan’s NSG membership. Both India and Pakistan have not signed up for the NPT, but unlike India, Pakistan’s track record of nuclear proliferation is known to the world. China has said that after guidelines for entry of non-NPT countries are agreed upon, the specific application of a relevant non-NPT nation will be considered. “We are willing to keep communication and contact with India in this regard,” Chunying has reportedly said.

However, China is not the only major nation opposed to India’s membership bid. Turkey, owing to its strong ties with Pakistan, has also refused to support India. Switzerland, despite promising support during PM Narendra Modi’s earlier this year, did a U-turn when it came to the actual NSG meet. While Ireland and Austria are awaiting rules for entry of non-NPT countries, New Zealand has promised a constructive approach to India’s bid.

NSG membership will be a significant boost for India which is seeking to expand its atomic energy sector. NSG’s members are allowed to trade in and export nuclear technology. PM Narendra Modi has been aggressively pushing for India’s NSG case because it would help the multi-billion-dollar drive to build nuclear power plants in partnership with the US, Russia and France. All three of them have backed India’s entry bid and are hopeful that a deal can be sealed without India having to sign the NPT. India has been refusing to sign the nuclear Non-Proliferation Treaty (NPT), saying that its track record of non-proliferation should be enough for it to bag the NSG entry.