Admiral Tim Fraser, the UK’s Vice Chief of Defence Staff, while outlining practical areas of cooperation between the two countries beyond information sharing said, “we hope to have the individual in the post very soon”. 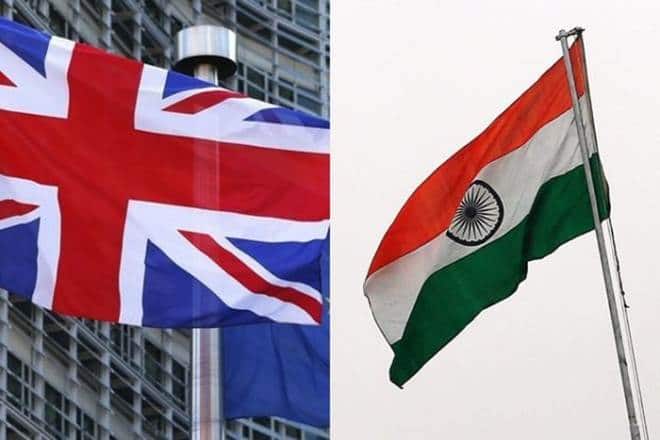 In recent years there have been several high-level military visits on both sides that India and the UK have been steadily ramping up their military-to-military cooperation.

Ahead of the Brexit, the UK has accepted India’s offer to place a liaison officer at the Indian Navy’s Information Fusion Centre (IFC) for the Indian Ocean Region (IOR) headquartered in Gurugram and is exploring opportunities under the Make in India initiative.

Admiral Tim Fraser, the UK’s Vice Chief of Defence Staff, while outlining practical areas of cooperation between the two countries beyond information sharing said, “we hope to have the individual in the post very soon”.

Through engagement with partner countries, the Centre helps in the further development of comprehensive Maritime Domain Awareness and sharing of information on vessels of interest.

At a discussion on India-UK cooperation in IOR organised jointly by the British High Commission and the Vivekananda International Foundation, according to the Admiral both sides can work together and there are several opportunities which would further deepen cooperation between the two. Adding, also, areas like safety and the electric propulsion on the aircraft carriers can be explored.

Also, in November a Royal Navy Destroyer will be visiting Mumbai, and both India and the UK are expected to continue their dialogue on electric propulsion and explore opportunities to support Make in India initiative.

According to Admiral Tim Fraser, in2021, HMS QUEEN ELIZABETH and the Carrier Strike Group, on her maiden operational deployment, will operate in the Indian Ocean region. Admiral Fraser said that “Indian Carrier Task Group and the UK Task Group will be working together to undertake Exercise KONKAN 21 – which could be the most complex and sophisticated yet in the KONKAN series.”

In recent years there have been several high-level military visits on both sides that India and the UK have been steadily ramping up their military-to-military cooperation.

The UK side earlier this year in February at Aero India pitched to collaborate in the areas of aircraft carriers and development of 6th generation fighter aircraft technologies. This was followed by the bilateral defence and security equipment talks in April, when the two countries renewed the Defence Equipment Memorandum (DEM) of 2007.

This year in March, the former Naval Chief Admiral Sunil Lanba, during a discussion on ‘Maritime strategy and its contribution to the Indo-Pacific and global commons’, at the said the Institute of Strategic Studies, had said that India sees “no post-Brexit challenges” but only opportunities for greater synergies with the UK in naval cooperation.

Over the years the multi-faceted bilateral relations between the two have grown. Both have a common perspective on maritime challenges.

The two have agreed to develop a cooperative framework to face all challenges. Both share common goals.

Are clear in their intentions for the future – which is reflected in ambitious shipbuilding and maritime innovation programmes.

Ex-Konkan, the bilateral naval exercise, is the cornerstone of India’s maritime cooperation. And is designed to test the ability of the two Commonwealth navies to operate side-by-side during the war and other operations.

The UK has been a preferred port of call whenever Indian Navy operates in the northern Atlantic.