Sources close to the development have confirmed that the performance-oriented Swift will launch in India very soon. It is likely to be powered by a 1.0-litre Booster from the Baleno RS! 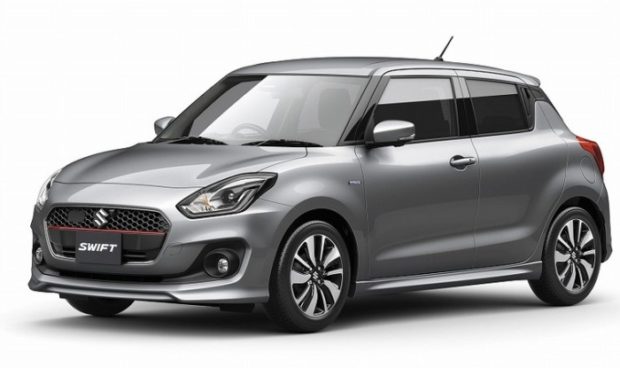 Maruti Suzuki launched the all-new Swift in India early this year at the 2018 Auto Expo, now sources inside Maruti have confirmed that they will be following up with the Maruti Suzuki Swift RS hot hatch, that could hit Indian Markets by the first quarter of 2019, likely to be in April. Although when we contacted Maruti Suzuki for an official statement the company said as part of company policy, they do not comment on future products. This move, however, might be driven by the success of the Baleno RS launched last year with no equivalent on offer under the Maruti Suzuki Arena umbrella. A sportier version of the Swift is already on sale in international markets, under the Swift Sport tag and is powered by 1.4-litre turbo petrol with a 130 hp+ output. Although this version is unlikely to come to India.

For India, the Suzuki Swift RS might carry forward the Baleno RS’s ethos and employ the 1.0-litre booster jet motor that makes about 99 hp and 150 Nm of torque. In contrast, the standard Swift makes 81 hp and 113 Nm of torque. This will also allow Maruti Suzuki to take a stab at the recently launched Tata Tiago JTP that severely undercut the Baleno RS. In terms of cost, expect a similar pricing strategy to the Baleno with the RS version sitting just below the top diesel variant of the Swift with ZXi+ trim on the inside. As of now, the Swift retails at Rs 7.32 lakh ex-showroom, we could expect the RS variant to retail between 7.9-8.1 lakh off the showroom floor.

Like the Baleno RS, expect some minor changes to the interior trim with RS badging, and some changes to the exterior trim as well, likely to be in form of side-skirts and special rims to tell it apart from the standard car. One of the strengths will be the frugality of the motor considering that in the heavier Baleno RS, the engine returns a strong fuel efficiency of 21 kmpl in the ARAI cycle, that works out to about 16 kmpl in real-world conditions!