AfCAR: The coming together of Africa and the Caribbean

On 30th March, 2020 the African group of Countries and the CARICOM came together in the UN to form a new geopolitical grouping called the AfCAR. 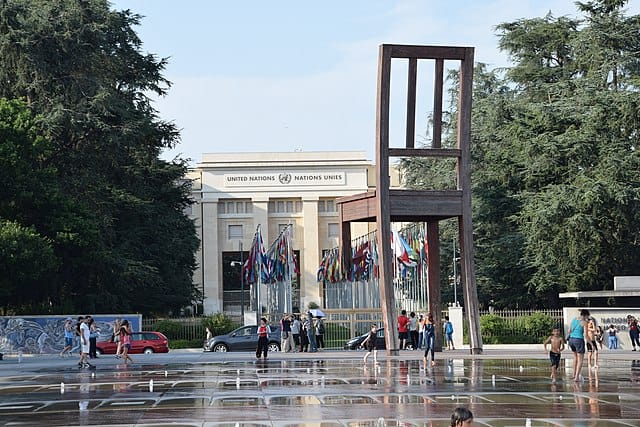 The sixty-eight member nations issued a joint statement in the UN General Assembly, to commemorate the ‘International Day of Remembrance of Victims of Slavery and Transatlantic Slave Trade’. (Photo source: IE)

On 30th March, 2020 the African group of Countries and the CARICOM came together in the UN to form a new geopolitical grouping called the AfCAR. The sixty-eight member nations issued a joint statement in the UN General Assembly, to commemorate the ‘International Day of Remembrance of Victims of Slavery and Transatlantic Slave Trade’.

This day is not just a matter of historical significance for the world but a formative part of history of both the Caribbean and most African countries. The two regions have a strong connection with regards to diaspora that is yet to be explored to its full potential. The meeting of the General Assembly which witnessed the origin of AfCAR was held under the theme; “Ending Slavery’s Legacy of Racism; A Global Imperative for Justice”. It seems like an opportune moment for the two regions to look towards forming a deeper bond, as the world has finally begun to recognize and acknowledge the deep rooted and often imperceptible long-term ramifications of slavery and its legacy. Certain popular protests movements around the world are also a pushback against a present that has built itself on un-questioned acceptance of a past entrenched in racism and slavery.

At a time when the world attempts to grapple and navigate through the reticulate web of race- relations and society; the coming together of two regions that have so closely and directly felt the consequences of racism, slavery, and slave trade is a welcome development. The ties between the Caribbean and African countries run deeper than are perceived at first glance, this geopolitical grouping might be considered as one of the many in the world but its objective is greater than strategy and/or economics. The regions first got inadvertently connected with each other in the year 1502 with the beginning of the triangular slave trade. The triangular slave trade was a thriving business where in people from Western African nations were forcibly moved to the Caribbean and parts of South America, as well as the US and Europe as slaves. It gradually spread inwards towards Eastern and Central Africa also and it is estimated that it led to a forcible removal of approximately twelve million African people as slaves.

Although not usually credited for it, the African slave labour and later the indentured labour from India laid down the foundations for development in the ‘new world’. They were categorized as ‘chattel’ and slavery was one of the most profitable trades globally and in many forms it continues to remain so. As the slave trade continued for centuries, it has over time resulted in concentration of large centers of African diaspora or descendants of people of African origin in the Caribbean, South America, US, and also Europe. In the Caribbean, the African community forms a large chunk of the racial and societal matrix, with waves of immigrants that were brought to the Caribbean islands from Africa, India, and then China, Java, and Sumatra; the Caribbean identity now is a vibrant mix of not just races but also cultures. However, certain practices and social customs and traditions remain unchanged with in the communities including the African diaspora.

In a combined population of approximately thirty-nine million people in the Caribbean, it is estimated that approximately seventy-three per cent are of an Afro- Caribbean descent. In countries like Guyana, Suriname, and Trinidad & Tobago the population is mainly and almost equally divided between the African origin and the Indian origin population. This division usually plays a pivotal role in the politics of these countries and Caribbean in general.

While the two regions have much in common especially pertaining to their history, civil rights, and the larger fight against racism they had not yet found a common platform to do so. This is not to say that regions did not interact with each other. Globally, the regions and their countries were often overlapping members of many a multilateral fora; the UN, the G-77 + China, the WTO, the African, Caribbean, and Pacific Group of the ACP, the NAM are all multilateral groupings that find Caribbean and African countries as their members. The African Union and the CARICOM have also interacted in the past through summits and conferences.

The formation of the AfCAR grouping however, provides both regions with an exclusive platform and according to some gives them greater collective bargaining power at a global stage. The AfCAR office in Nairobi is emblematic of the earnestness of the efforts. It would be interesting to see what the future holds for AfCAR grouping.

Follow us on
Latest News
Interview: Ustad Amjad Ali Khan, Sarod maestro: ‘I see great interest among the youth to learn classical music’
On the shelf: Here are some of the e-books that you may find interesting
‘With digitalisation, literacy growth, adoption of self-publishing will rise’
Don’t take it with a pinch of salt
The doctor is in: Earphone overuse – How do earphones impact your hearing and brain
Hair’s how you can get winter-ready
The grannies of Grammys
Photos
Mumbai Attack 26/11: Tributes paid to martyrs on 14th anniversary of terror attacks that shook the nation
13 hours agoNovember 26, 2022
Rahul Gandhi’s Bharat Jodo Yatra reaches MP, catch a glimpse of journey so far – Photos
2 days agoNovember 24, 2022
ASEAN Defence Ministers’ Meet: Rajnath Singh calls for urgent efforts to counter global terrorism, co-chairs meet with Cambodia’s Dy PM – Check photos here
3 days agoNovember 24, 2022
Read More
×
Civilians escape Kherson after Russian strikes on freed city
COVID-19 cases continue to hit a record high for third consecutive day in China amid protests over lockdowns
Former Pakistan PM Imran Khan arrives in Islamabad, party caravans converge towards rally venue in Rawalpindi
Pakistan’s New Magician – Lt Gen Asim Munir
Imran Khan says he is determined to address long march despite threat to his life
Taliban’s treatment of women may be crime against humanity: UN experts