Single-use plastics: A roadmap to eliminate this menace

Even after enacting four major legislations in the last 20 years, we have not been able to eliminate even one single-use plastic product. 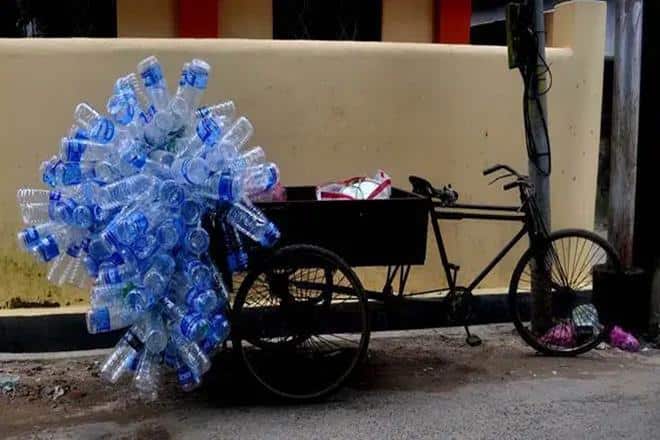 Regulations, and penalties are not sufficient to eliminate the use of single-use plastics. We need a transformation in the market and the municipal services

I am glad that the Union government didn’t announce any ban on single-use plastic products on the October 2, 2019. It is not that I don’t want these environmentally harmful products to be banned; it is just that I don’t think we have done the groundwork to implement a successful ban.

The history of plastic waste management in India is replete with hastiness; we have brought in regulations, but never prepared the market or the local government for the transition.

The first major regulation came 20 years back, in 1999. The Plastics Manufacture, Sale and Usage Rules, 1999, essentially tried to eliminate single-use polythene bags by specifying the size, and thickness of bags that could be sold in the market. It mandated that no carry-bags made of virgin, or recycled, plastic that are less than 8 x 12 inches in size, and less than 20 microns in thickness can be sold in the market.

The 1999 rules were amended, and the Recycled Plastics Manufacture and Usage (Amendment) Rules, 2003, was enacted to exempt export-oriented industry, and to improve enforcement. Alas, nothing much changed on the ground, and thin polythene bags continued to be sold widely in the market. During this period, no effort was made to promote an alternative to these carry-bags.

Then came the Plastic Waste (Management & Handling) Rules, 2011. In this, the minimum thickness of plastic carry-bags was increased to 40 microns, and municipal authorities were given the responsibility to set up systems for plastic waste management. Municipalities were also supposed to set up plastic waste collection centres, with financial support from the manufacturers, in line with the principle of Extended Producer’s Responsibility (EPR). But, EPR was vaguely defined, and never got implemented. The ban on less than 40-micron thickness carry-bags was also executed poorly, and municipalities were not capacitated to implement the rules.

The most comprehensive (and somewhat complicated) law came in 2016. The Plastic Waste Management Rules, 2016, came with a slew of provisions for everyone in the plastic supply chain. The rules:

Three years hence, hardly any of the above provisions have been implemented satisfactorily.

On July 15, 2018, Uttar Pradesh banned single-use polythene bags, glasses, cups, and cutlery. From August 15, 2018, it imposed a blanket ban on the manufacture, stocking, sale, and transport of all disposable plastic and thermocol items. In the last phase, from October 2, 2018, disposal of all types of non-biodegradable polythene was banned to make Uttar Pradesh a plastic-free state. One year down the line, the bans have not been very successful in reducing single-use plastic despite penalty conditions like imprisonment of one year, or fine of up to Rs. 1 lakh.

Maharashtra paints a similar picture. Because it hastily enacted the law, it had to grant multiple relaxations. The enforcement challenge is so great that despite Brihanmumbai Municipal Corporation collecting about Rs. 4 crore in fines, and seizing more than 75 tonnes of banned plastic items in the last year, reports show that plastic plates, spoons, cups, and polythene bags are back in the market.

Please, don’t get me wrong. It is not that these rules and regulations have not made a dent in our fight against plastic pollution. They have; people are more aware, civil society is taking autonomous actions, producers are more cautious, and the industry has been forced to think about the alternative. But, because we enacted these regulations in haste, we failed to prepare the market, or the municipal authorities for the transition. The result has been that we have not been successful in eliminating even one single-use plastic product (not even the single-use polythene bag of less than 20 microns thickness) in 20 years of trying.

If there is one thing to learn from the experience of the past 20 years, it is that regulations, and penalties are not sufficient to eliminate the use of single-use plastics. We need a transformation in the market and the municipal services to achieve this. What this transformation should look like, I will discuss in the next column.

(This is the first part of a series on strategies to eliminate single-use plastics in India. The author is an environmentalist. Twitter: @Bh_Chandra; Views are personal)