Chandrayaan 2: The spacecraft is now three steps closer to the Moon! ISRO has claimed that all parameters of the Chandrayaan 2 spacecraft are normal. 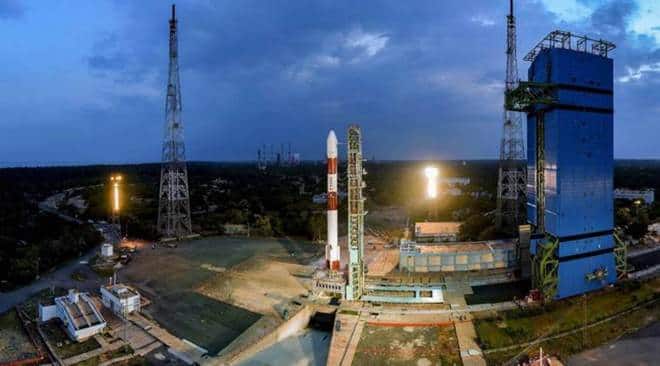 Chandrayaan 2: The fourth orbit-raising maneuver is scheduled on August 2, between 2:00 PM to 3:00 PM.

Chandrayaan 2 update: The Indian Space Research Organization (ISRO) performed the third orbit raising manoeuvre of its Lunar craft Chandrayaan 2 on Monday at 3:12 PM. This was done using the onboard propulsion system for a firing duration of 989 seconds. The orbit achieved in this manoeuvre is 276 x 71792 km. The spacecraft is now three steps closer to the Moon! ISRO has claimed that all parameters of the Chandrayaan 2 spacecraft are normal. Now, the fourth orbit-raising maneuver is scheduled on August 2, between 2:00 PM to 3:00 PM. For the spacecraft to move towards the Moon, it will have to pass these four orbital elevations. During this process, scientists will install the vehicle in the next class. This process will last till August 6. On August 14, it will be pushed to the Moon’s orbit.

Chandrayaan 2’s lander- Vikram will land on the Moon’s surface on September 7. During the landing, it will face danger for about 15 minutes. Until reaching the orbit of the Moon, it will be very closely monitored. Under the supervision of ISRO, scientists of the space center located in the US, Russia, and China will also monitor Chandrayaan 2. Upon reaching the Moon’s orbit, there will be a change in the speed of Chandrayaan 2, which will be closely monitored by the scientists.

According to the report, Chandrayaan 2 is a challenging and complicated mission as, under this, ISRO will not only place the orbiter in the Moon’s orbit but will also place the lander on the surface of the Moon slowly. Once the mission is declared successful, ISRO will start its preparations for sending human mission in space in 2022 with Gaganyaan.

The lander- Vikram will land on the Moon’s South Pole region, where no one has reached till date. The Moon’s southern pole is not only unfamiliar with the world but is also quite complex. It is believed that this part of the Moon may also contain other mineral deposits with water. There are also plenty of opportunities for solar energy production. Various metals like Uranium, titanium, etc., are also found on the Moon, which may work on Earth someday. Because of all these reasons, scientists are of the view that the Moon can become an important place for deep space missions.