As we prepare to celebrate Christmas despite the hard times, here is a reminder of the traditions across countries. 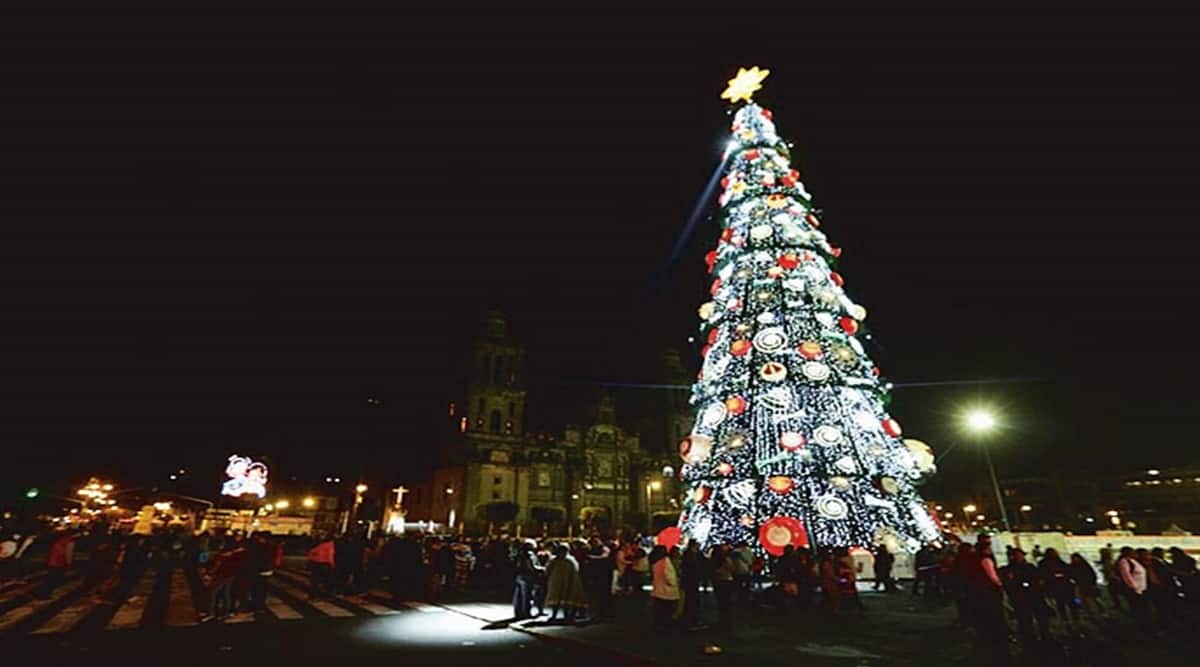 Christmas carols in Mexico are called villancicos, which are also translations of English songs.

It’s that time of the year when celebrations rule around the world. As we prepare to celebrate Christmas despite the hard times, here is a reminder of the traditions across countries.

Mexico
Mexico celebrates Christmas with Las Posadas, a devotional prayer in the form of a march that re-enacts the story of Joseph and Mary. Las Posadas is also held across Latin America, Guatemala, Cuba, Honduras and Spain from mid-December till Christmas eve. Plays in the form of Pastorellas are also performed by members of the church to tell the story of Christmas. Pastorellas are the theatrical representation of the shepherds on their way to see newborn Jesus. Christmas carols in Mexico are called villancicos, which are also translations of English songs.

The Philippines
The Philippines celebrates the Giant Lantern Festival annually in the middle of December in San Fernando. The festival includes a competition of giant ornamental lanterns. Because of the fest, San Fernando is also called the ‘Christmas Capital of Philippines’. It is also telecast on TV channels. The Giant Lantern festival or Ligligan Parul is believed to have started in San Fernando in the year 1904. Before the festival began, a religious activity called ‘lubenas’ was held. The lanterns were much smaller in size then and were made with locally available materials. Gradually with the passing of time, the lanterns changed in design and form and became bigger.

New Zealand
Contrary to the rest of the world, it is summertime in December in New Zealand and so the festival is celebrated often with a simple beachside picnic or a barbecue. They also have a different Christmas tree. The pohutukawa tree blooms with bright crimson red flowers. While some still use an artificial Christmas tree or a real pine one, the pohutukawa tree that is commonly found there is also adorned with festive cards and letters. The tree also provides shelter to the families celebrating in public spaces. Carols are sung both in Maori and English.

Austria
In Austria, the Advent time, or the time when preparations for the birth of Christ are on, is celebrated with a number of folklores and people dress as figures from folklores going around the town, knocking on doors. The good one, St Nicholas, comes along with his evil companion Krampus to ask if children have been good during the year. If they have been, they are rewarded with sweets, peanuts and tangerines whereas the naughty ones get a word of warning. Christmas trees here are decorated with gold and silver ornaments and ginger bread cookies.

Denmark
In Denmark, the month of December is a celebration as both Danish Jule, a festival historically observed by the Germanic people, and Christmas are celebrated with a number of traditions. The main event of Jule is Christmas eve which falls on December 24. Homes are decorated with Nisses, which is a mythological creature from the Nordic folklore and the Christmas tree is placed in the middle of the room, with families dancing around it and singing carols. The Christmas tree, which is a spruce tree, is decorated with real candles. Santa Claus is called Julemanden in Danish and he comes with a group of Nisse, an elf.

Martinique
On the French Caribbean Island Martinique, which is located in the eastern Caribbean Sea, Christmas is a warm affair and makes for one of the best holidays. People gather and sing carols together on the streets. This is called la ribote. Different versions of Christmas songs are sung as they read lyrics written on their hands. On New Year’s Eve, too, people celebrate together by sharing drinks and food with families and neighbours.

South Africa
South Africa has its own Christmas traditions. Families come together for a cookout known as braaing during the holiday. Braaing means grilled meat cooked over an open fire, like a barbecue. The feast is the main attraction and the main course includes marinated steaks and sausages followed by malva pudding or lekker pudding with custard. Fir trees are decorated as Christmas trees with traditional African ornaments that are hand beaded. Cape Town is the main attraction during Christmas as it lights up with night markets and decorations.