Redmi Pad, with a starting price of Rs 14,999, will take on Oppo’s Pad Air and the Realme Pad. 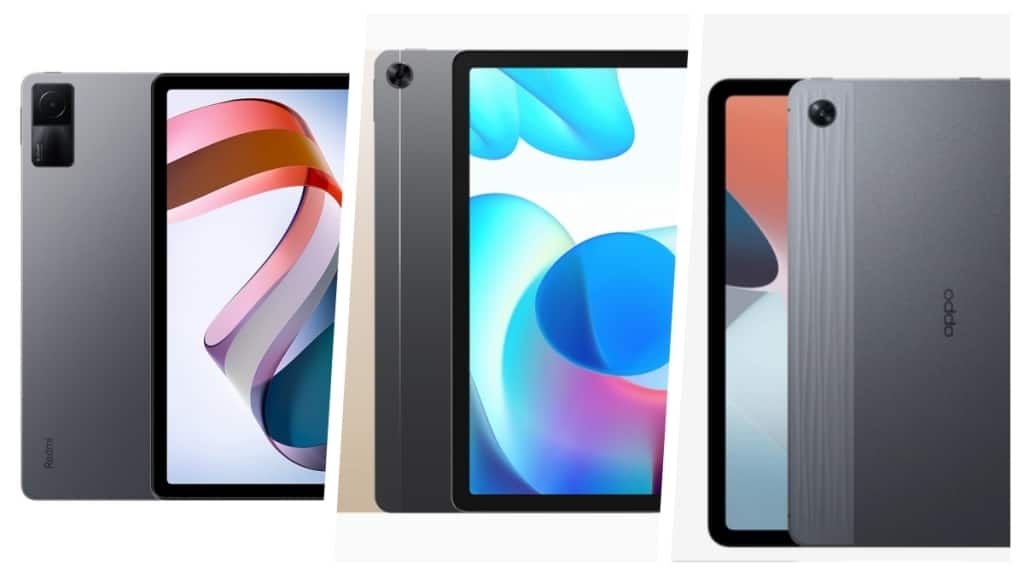 Xiaomi launched the first tablet under the Redmi banner in India today. Called simply Redmi Pad, the tablet packs some good specs and comes in at a fairly aggressive price. You get an all-metal body, 90Hz display, Helio G99 processor, and sizeable 8,000mAh battery. Redmi Pad, with a starting price of Rs 14,999, will take on Oppo’s Pad Air and the Realme Pad.

Here we compare the three tablets to find how they stack up against each other. So, without further ado, here’s a step-by-step breakdown comparison of Redmi Pad, Oppo Pad Air, and Realme Pad.

Also Read
Google announces the best Android apps and games of 2022 in India: Check full list here
Govt directs Jio, Airtel, other telcos not to setup 5G base stations near airports; here’s why
iQOO 11 5G to launch on December 8: Expected specs, features and everything else we know so far
ChatGPT decoded: Everything to know about OpenAI’s new chatbot Internet can’t seem to get enough of

WiFi/Cellular: Only the Realme Pad gets you WiFi and Cellular options. Redmi Pad and Oppo Pad Air are WiFi-only.